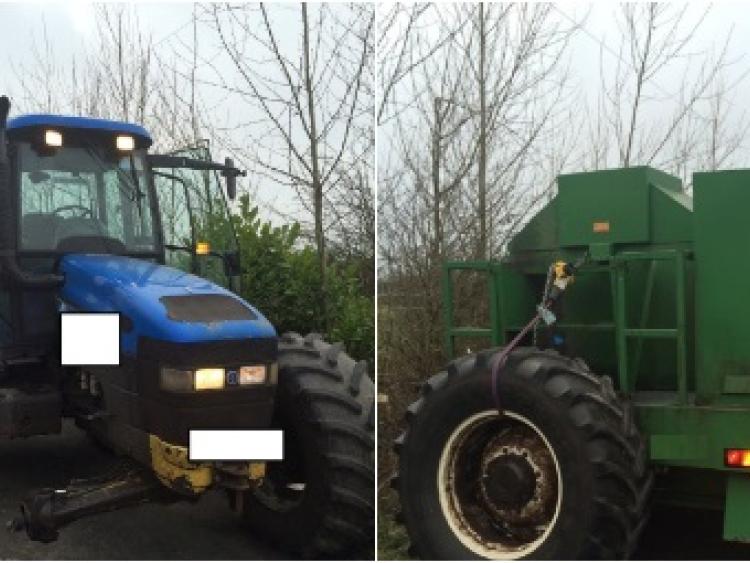 The social media whizz behind the An Garda Síochána Twitter account was certainly in a jovial mood on Tuesday morning when they posted this picture of a tractor seized by Tipperary Traffic Corp driving on three wheels near Littleton. The fourth wheel was tied to rear of a trailer it was hauling.

By evening the tweet had become a viral hit racking up hundreds of retweets and likes and even a mention on the TV3 5.30pm news bulletin.

And the Twittersphere didn't disappoint as the puns came rolling in.

Was he released on bale?

@GardaTraffic Was he released on bale?

hay he must have been in a slurry!

@GardaTraffic hay he must have been in a slurry!