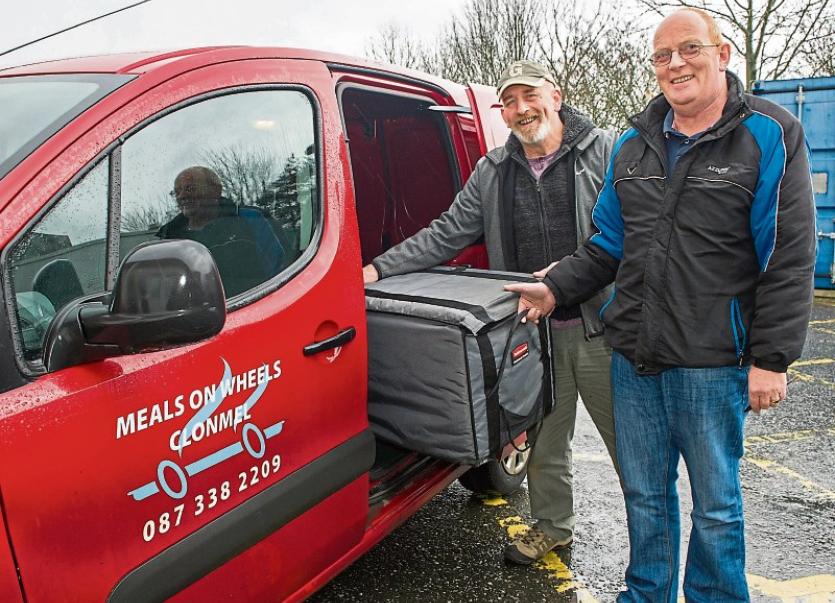 Pat Scanlon (left) and Colin Hutchison loading hot meals in their van for the daily delivery by Clonmel Meals on Wheels.

An organisation that has been a friend to the elderly and those living alone in the Clonmel area for the last 50 years is appealing for volunteers to enable it to continue.

The Meals on Wheels service was started by Sister of Charity Sr. Joachim half a century ago.

Since then it has been delivering hot meals, five days a week all year round, to mostly elderly and disabled people.The service is run on a completely voluntary basis.

For the past ten years staff at the Cluain Training and Enterprise Centre, based at Nelson Street, cook between 40 and 50 meals each day, from Monday to Friday, at the Tipperary Institute campus.

These are then delivered to homes in Clonmel and surrounding areas.

The meals are delivered by two drivers in a van sponsored by the HSE, with support also provided by the Society of St. Vincent de Paul.

"Meals on Wheels is a vital contact for those living alone", said a spokesperson for the organisation.

"It's the only contact that some elderly people have with the outside world. In some cases it helps to keep people living at home, when they would otherwise have to be cared for in a nursing home or hospital".

Last year alone the delivery drivers raised the alarm when four people failed to respond when they called. Those people were subsequently found to have died.

Those wishing to avail of the service contact Meals on Wheels themselves, while public health nurses also put people in contact with the organisation, often when they are discharged from hospital and unable to cater for themselves.

For a daily charge of just €5 people can enjoy a hot main course and either soup or dessert.

"Local companies are very generous with their support. Anyone who wishes to volunteer could help to man the phone and help with book work, and they can work from home", said the spokesperson. 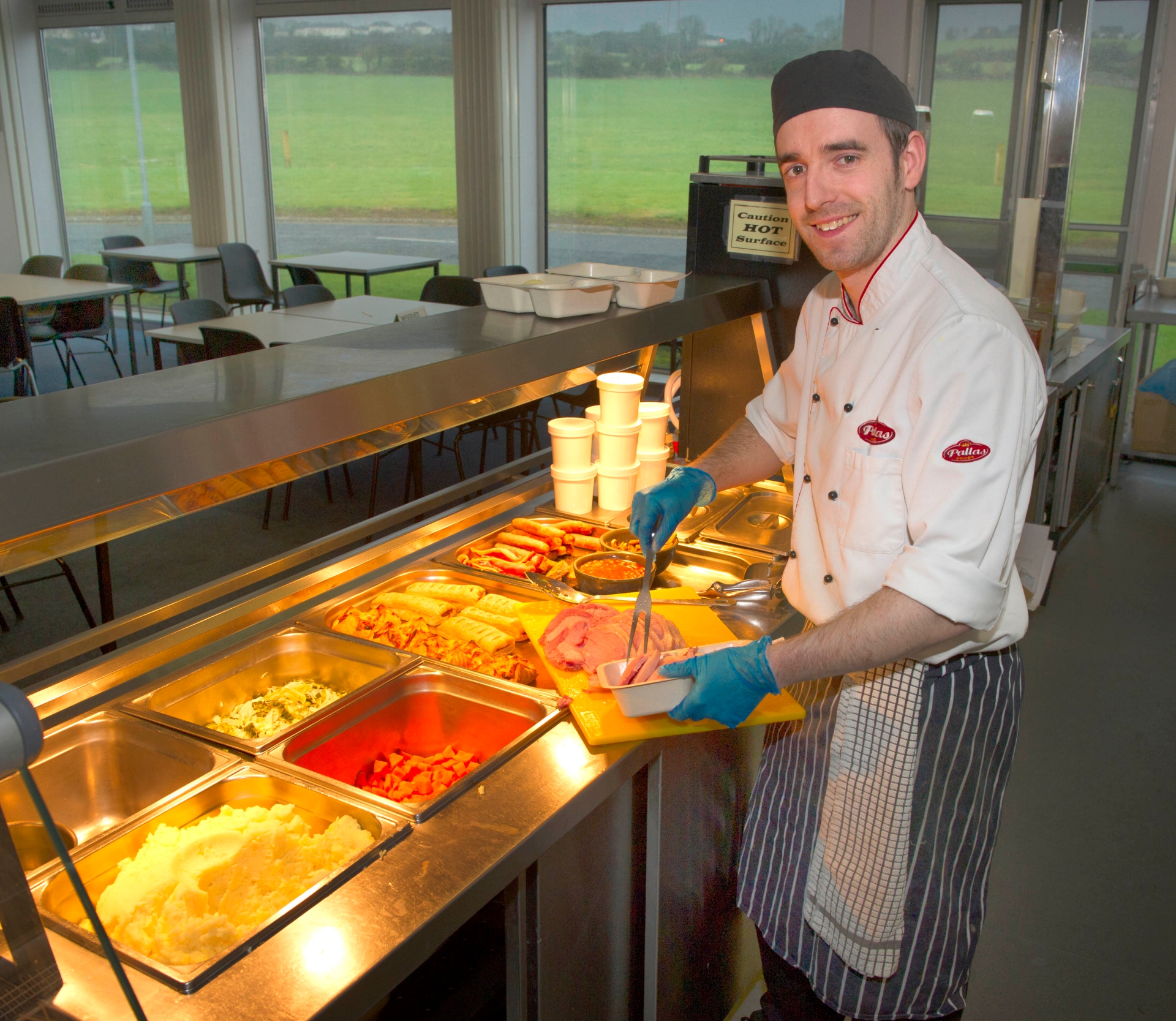 Chef PJ Fox preparing the food at Tipperary Institute for delivery by Clonmel Meals on Wheels.

Meanwhile, local councillor Richie Molloy says he's very conscious of the great work of Meals on Wheels and the community didn't want to lose such a valuable service because of a lack of volunteers.

"It provides a valuable service all week to people living on their own. Otherwise these people mightn't see anyone from one end of the week to the other".

Cllr. Molloy, who is also the area manager of Family Carers Ireland, appealed for people who might have some time on their hands to help out, including those with their own transport.

Volunteers can contact the Family Carers office in Sarsfield Street, Clonmel - the phone number is 052-61-70454 - where they will be put in touch with the organisation.

"From a carers point of view we're very conscious of how important it is to have someone calling to the elderly and those living alone", said Cllr. Molloy, who also paid tribute to all those volunteers who had served with Meals on Wheels over the years.