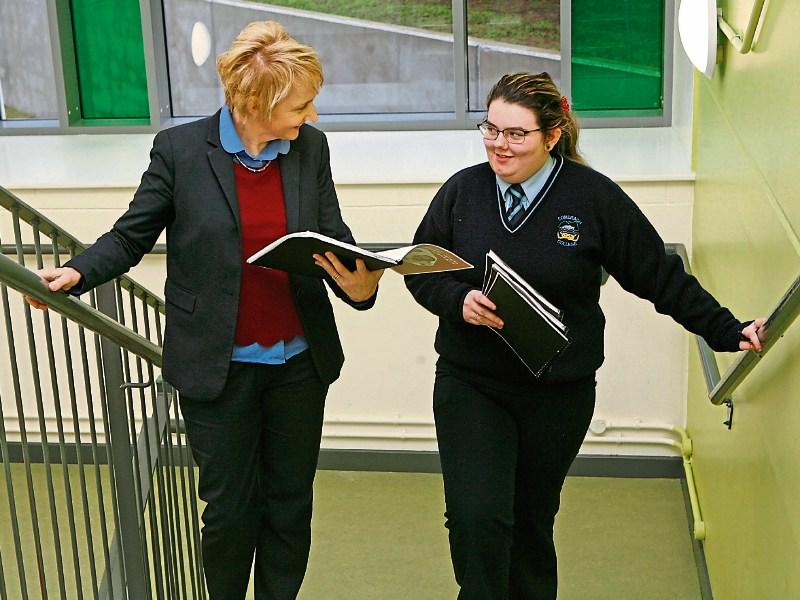 Comeragh College Transition Year student, Ashling Dunphy, has earned a place on the panel of finalists for the prestigious Pramerica Spirit of Community Awards.

The awards programme rewards post-primary students for outstanding acts of volunteerism and the positive contribution they make in their local communities and further afield. It is the only all-Ireland youth initiative of its kind.

In late December, 2015, Carrick-on-Suir was devastated by Storm Frank and the footage of local families being evacuated from their homes inspired Ashling to help with the clean-up operation and help those who had lost their homes, or whose homes had been damaged.

Ashling’s initiative started with a post on Facebook and grew to a fully-fledged operation with her leading a team of 11 young volunteers. She worked closely with Foróige and Carrick-on-Suir River Rescue and liaised with authorities in terms of regulations and permission to carry out the work. A huge part of her clean-up initiative was offering comfort and support to those affected, especially the elderly, who named Ashling and her team "The Angels in Wellies".

“Ashling is a very caring and genuine person who only wants the best for people in her own local town and in Ireland,” said Comeragh College Deputy Principal Kathleen O’Donovan Ryan.

Ashling is one of 20 post primary school students from all over Ireland selected for the final of the Pramerica Spirit of Community Awards.

The finalists will be presented with €500 and an engraved silver medallion at a gala awards ceremony at the Crowne Plaza Hotel in Dublin on March 23. Irish international rugby player Jordi Murphy will be the guest speaker.

Two of the 20 finalists will be named All-Ireland Youth Volunteers of the Year, receiving €1,000, a gold medallion, a crystal trophy for their school and an all-expenses-paid trip to the United States in May to participate in the Prudential Spirit of Community Awards ceremony.

Read this week's edition of The Nationalist for full story.