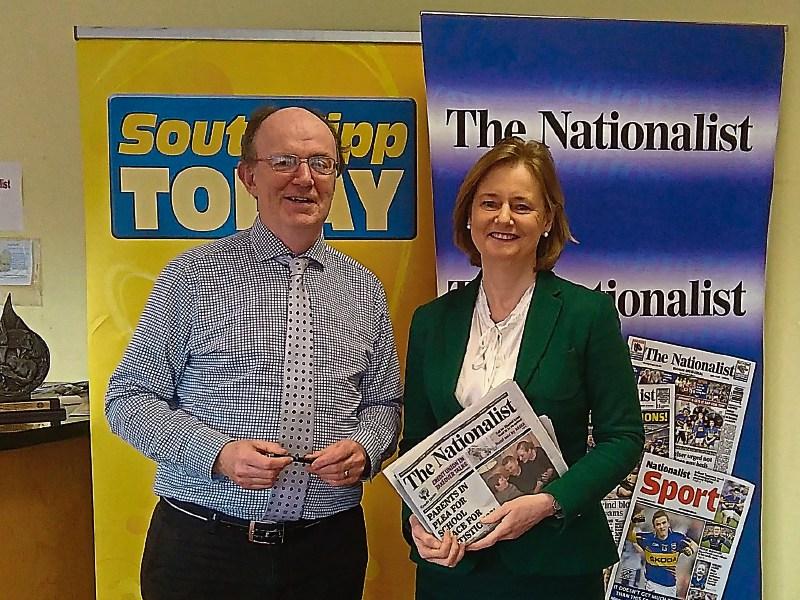 Fine Gael MEP Deirdre Clune has said the next two months are crucial in Brexit negotiations and it was important for Ireland that Enda Kenny remain on as taoiseach during that time.

She was speaking this Thursday after attending the Fine Gael party meeting in Dublin on Wednesday night when Mr Kenny's future as party leader was discussed.

"It is  very important that he is there when the British Prime Minister Theresa May triggers Article 50 to leave the EU and when the Council and Commission form their guidelines for the negotiations.

"That time will be crucial for us. It is vital that we continue to get the message across on how Brexit will impact on Ireland. The taoiseach has done a lot of work on this  and he is very popular in Europe", she said.

The Ireland South MEP was speaking in Clonmel this Thursday during a visit to Tipperary where she held a series of planned meetings on the impact of Brexit.

From Clonmel she travelled to Cahir for  a meeting at the ABP food plant which is a significant employer in the area.

Brexit will have huge implications for food producers and she wanted to hear the concerns of those involved in the trade.

"ABP's impact on rural Ireland is so encouraging, with the major employment figures and the spin-off for the community. But their markets are across Europe so they have think about Brexit means for them", said the Fine Gael  MEP.

She said she has also been in talks with the freight industry that faces very significant difficulties after Brexit.

She said there will be major problems for Irish lorries heading back and forth to mainland Europe via the UK landbridge. They will be going from the EU into the UK and then back into the EU and there will be customs and tariffs to consider as well as extra time and costs involved.