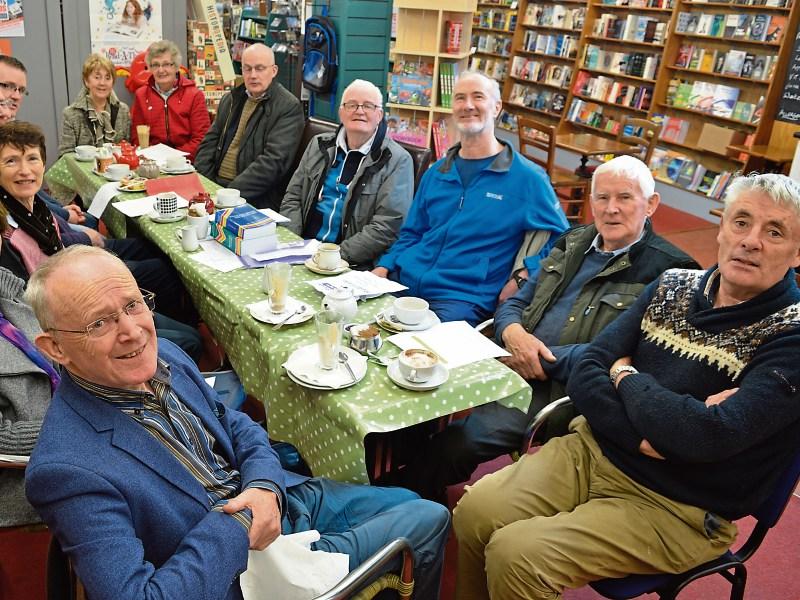 A group of Tipperary gaelgoirs are hoping to set a new  21st century record as part of Seachtain na Gaeilge next week when they hope to get as many Irish speakers chatting 'as gaeilge' as possible in Thurles on March 7.

The organisation    behind this event  is the  Thurles based 'Irish Coffee group', - a group of Irish speakers who have been meeting weekly in the town  for the past four years.

They are now looking to get as many people as possible to meet in the Bookworm bookshop and cafe  on Liberty Square between 11am and 12 noon for a 'cupla focal' and a cup of coffee in a bid to set a new record attempt for most Irish speakers chatting at once in Thurles to coincide with Seachtain na Gaeilge.

The group was originally set up  in 2013 by Eamonn Sheppard and his daughter as a way of encouraging people to keep the Irish language alive and as a meeting point for local Irish speakers.  Today the Thurles Irish Coffee Group now  count 60 members on its books with up to 20 members attending the group chat on a weekly basis.  Since it's inception  several spin off groups have also been inspired by the Thurles gaelgoirs  with similar groups  popping up in Mallow and Dublin.

However for those who feel their level of Irish may not be up to scratch, Eamonn says they shouldn't feel dissuaded from joining in as the group welcome the “fluent gaelgoiri to beginners and everyone in between.”

“It's an informal meeting, very casual and fun. There's no pressure or obligation to use perfect Irish. It's all about trying and just giving it a go. We help everyone along and there's no such thing as correcting others for not being perfect.”

“We notice that those who regularly attend improve their level of fluency very quickly and its a good social outing as well as you get to meet a lot of people you probably wouldn't on a day to day basis,” he says.