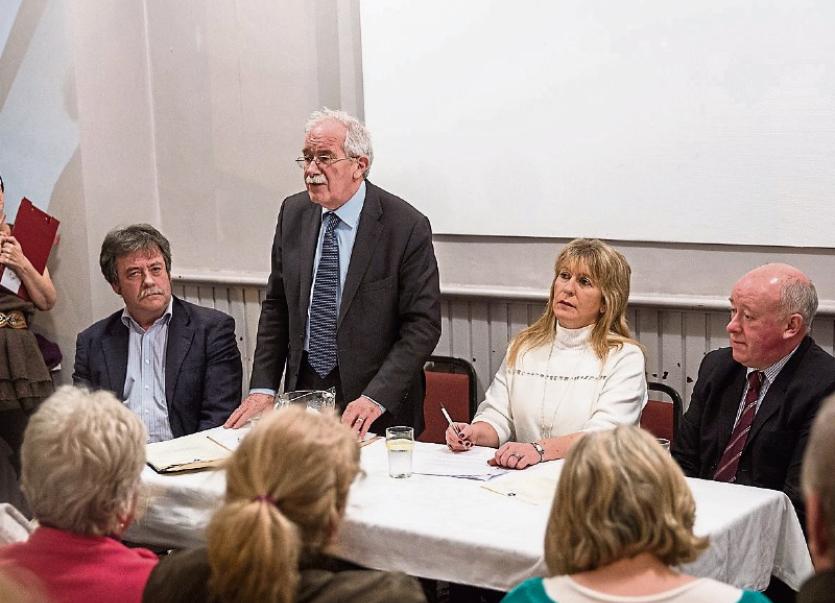 A request for a special general meeting of Clonmel Credit Union in relation to the merger talks with Charleville Credit Union will be submitted to credit union management later today following a resolution passed at a public meeting last night.

Cllr Pat English (WUAG) will submit the request signed by about 90 credit union members at the public meeting in Hearn's Hotel.

The Parnell Room in Hearn's Hotel was packed to capacity for the public meeting, which was attended by more than 120 people.

Deputy Mayor of Clonmel Borough District Cllr Catherine Carey, who organised the public meeting, said they were here because they were quite concerned about the merger and this was a forum where credit union members could voice their opinion. She called on the Credit Union management to hold a transparent and open information meeting so all the members could hear for themselves what was going on.

"We as Clonmel Credit Union members are the owners of the credit union. Our opinions are very important and we need our voices to be heard," she declared.

Her views were echoed by the other public representatives present, who all argued for the need for the membership to have a say in any decision on a proposed merger between Clonmel Credit Union and Charleville Credit Union.

Charleville Credit Union's history of financial difficulties and the fact other credit unions in Co. Cork have not sought to merge with Charleville CU were among the concerns highlighted by members of the public attending the meeting.

See next week’s edition of The Nationalist for full report.