Pick your favourite ballad from the Premier County 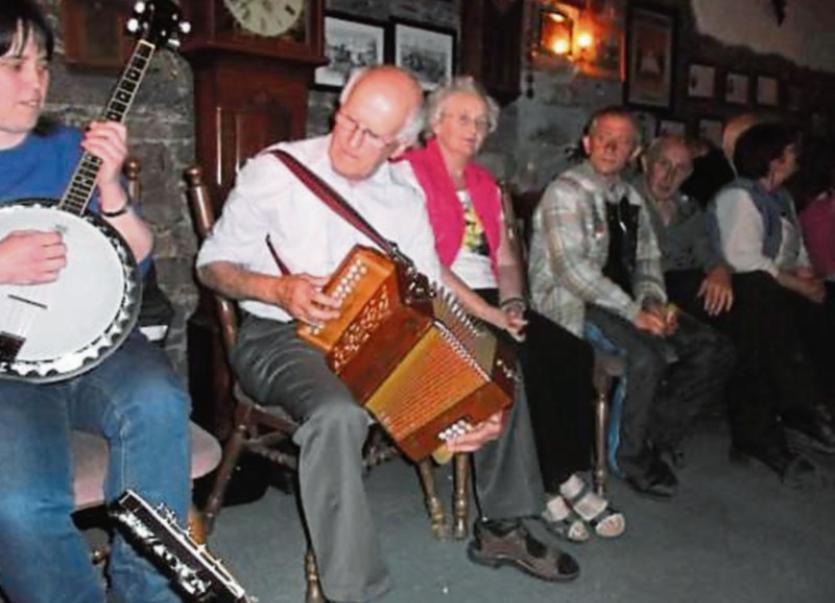 Here at the Tipperary Star, we love a jaunty tune to put a smile on our faces in the morning, and the Premier County is indeed famed in song and ballad.

With so many songs about Tipperary to choose from, we compiled a list of what we think are the top 10 most famous (or infamous) songs about the County. Some are controversial choices, and some perhaps not as well known, but if you think we’re missing out on a big one, email your suggestions to news@tipperarystar.ie

1.Sliabh na mBan (Slievenamon) - written by one of Tipperary’s most famous historical figures, Charles J Kickham, it was originally known as "The Maid of Slievenamon". This song is recognized by Tipperary people worldwide as their National Anthem and is sung at major occasions within the county and in particular after hurling and football games https://www.youtube.com/watch?v=u7mTrZPtXfo

2.‘It’s a long way to Tipperary’ - perhaps the most famous song associated with Tipperary, due to its links with World War I soldiers singing it on the way to the trenches, ‘long way is actually a British music hall song written by Jack Judge and co-credited to Henry James Williams. Controversial for some, due to its military connotations.

3.‘The Premier Rap 2010’ and the ‘Premier Rap 2016’ - two songs about Tipp rolled into one here: Johnny B & the Boogie Men shot to fame in 2010 with this stirring call to arms for the All Ireland Senior Hurling Final. Last year’s repeat, tailored to the class of 2016, surely helped the Tipp team in their campaign to lift the Liam MacCarthy Cup https://www.youtube.com/watch?v=_Euac-_7A88

4.‘The Galtee Mountain Boy’ - written by Patsy Halloran, before Christy Moore added a fourth verse, this ballad documents one man’s struggle during the Civil War. Some believe it is written from the perspective of anti Free Stater Patrick Davern from Tipperary.

5.‘The Hills Of Killenaule’ - music by Liam O’Donnell and lyrics by Davy Cormack, both from Killenaule, and also recorded by Louise Morrissey and Mick Flavin, this lovely tune recalls a day spent in the wonderful natural surrounds of east Tipperary’s meadows and woodlands. https://www.youtube.com/watch?v=cgfuyCoJNZ4

6.‘The Bansha Peeler’ - also known as the ‘Peeler and the Goat’ (songwriter Darby Ryan) this is one from the history books, and describes a ‘Peeler’ or a member of Ireland’s -  and the world’s - first police force, on a surreal foot patrol. The Peelers were named after Sir Robert Peel, an MP for Cashel in 1809 who went to serve two terms as Prime Minister of the United Kingdom.

7.‘Cashel My Hometown’ - this ballad about one writer’s love for the City of the Kings, is associated with Denis Heffernan, former barman for the Cashel Palace Hotel. Nobody sings it better than Denis! “So come back home to Cashel, the town we love so well…”    https://www.youtube.com/watch?v=1dflHcvBLPQ

8.‘Any Tipperary Town’, written by Johnny McCauley, and popularised by Donegal’s very own Daniel O’Donnell, this tune name drops many of the County’s most famous townlands and natural features.

9.‘She lived beside the Anner’ -  another one from Charles J Kickham (1826-1882), this is a love song for a gentle Irish peasant girl “with mild eyes like the dawn”. The Anner river rises south of Mullinahone and flows westwards to the north of Knockahunna, and is famed for its salmon and trout https://www.youtube.com/watch?v=_cx5vJm6hhg

10.‘Tipperary Far Away’ - the second of our rebel ballads, this concerns Sean Treacy, one of the leaders of the Third Tipperary Brigarde during the War of Independence. The song (author unknown) has been recorded in two versions with different endings and in different major keys by the Clancy Brothers and Tommy Makem, and by the Wolfe Tones.