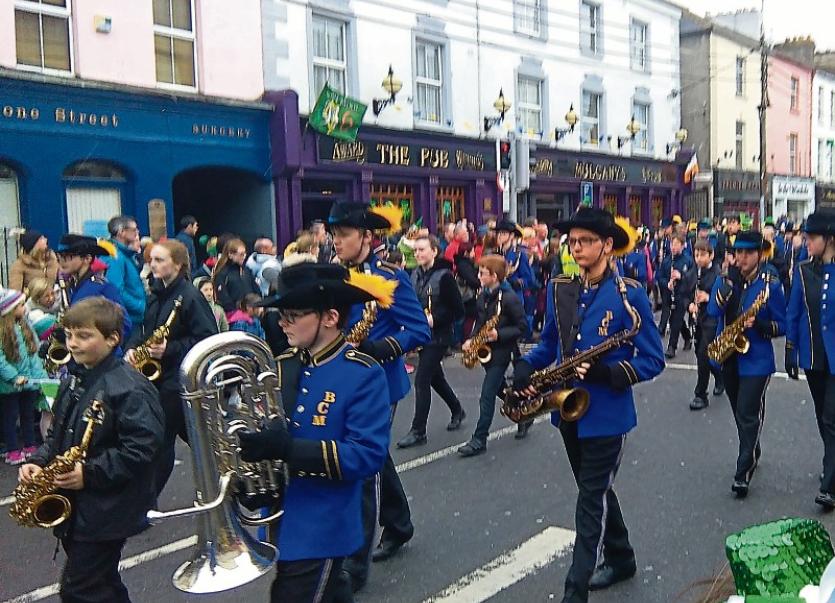 Clonmel celebrated St. Patrick's Day in style with a wonderful parade through the streets  of the town.

A light drizzle didn't nothing to dampen the enthusiasm of the huge crowd of spectators that lined the route through Irishtown, O'Connell Street, Gladstone Street and onto to the reviewing stand at Parnell Street.

The weather deteriorated towards the end of the parade but by that time everyone had enjoyed a marvellous spectacle.

Great credit is due to the organisers and to all those taking part - they ensured that once again the Clonmel event is one of the best in the region. 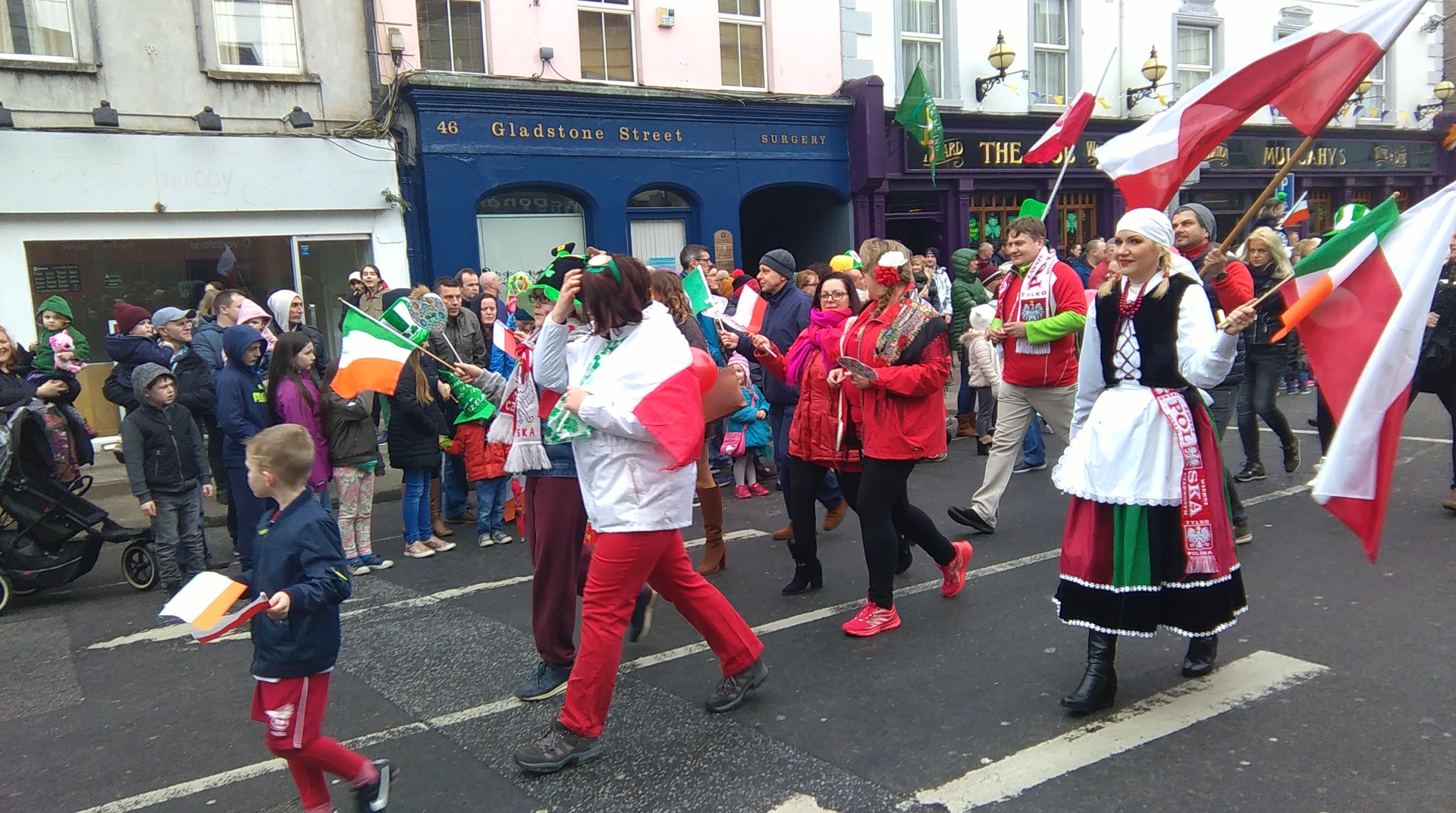 Members of the Polish community march in the parade.

As usual the parade was led off by the peerless Banna Cluain Meala, one of the top marching bands in the country, and they set the tone for the entire event.

At the other end the parade was bookended by the Diarmuid O'Hurley Pipe Band that made the journey from Cashel to march.

And in between was an array of colour, fun and activity that reflects everything good that is happening in Clonmel.

There were dancing schools, majorettes and scouts - some tiny tots taking part in their first parade but enjoying themselves immensely and immune to the cold in the midst of such fun. 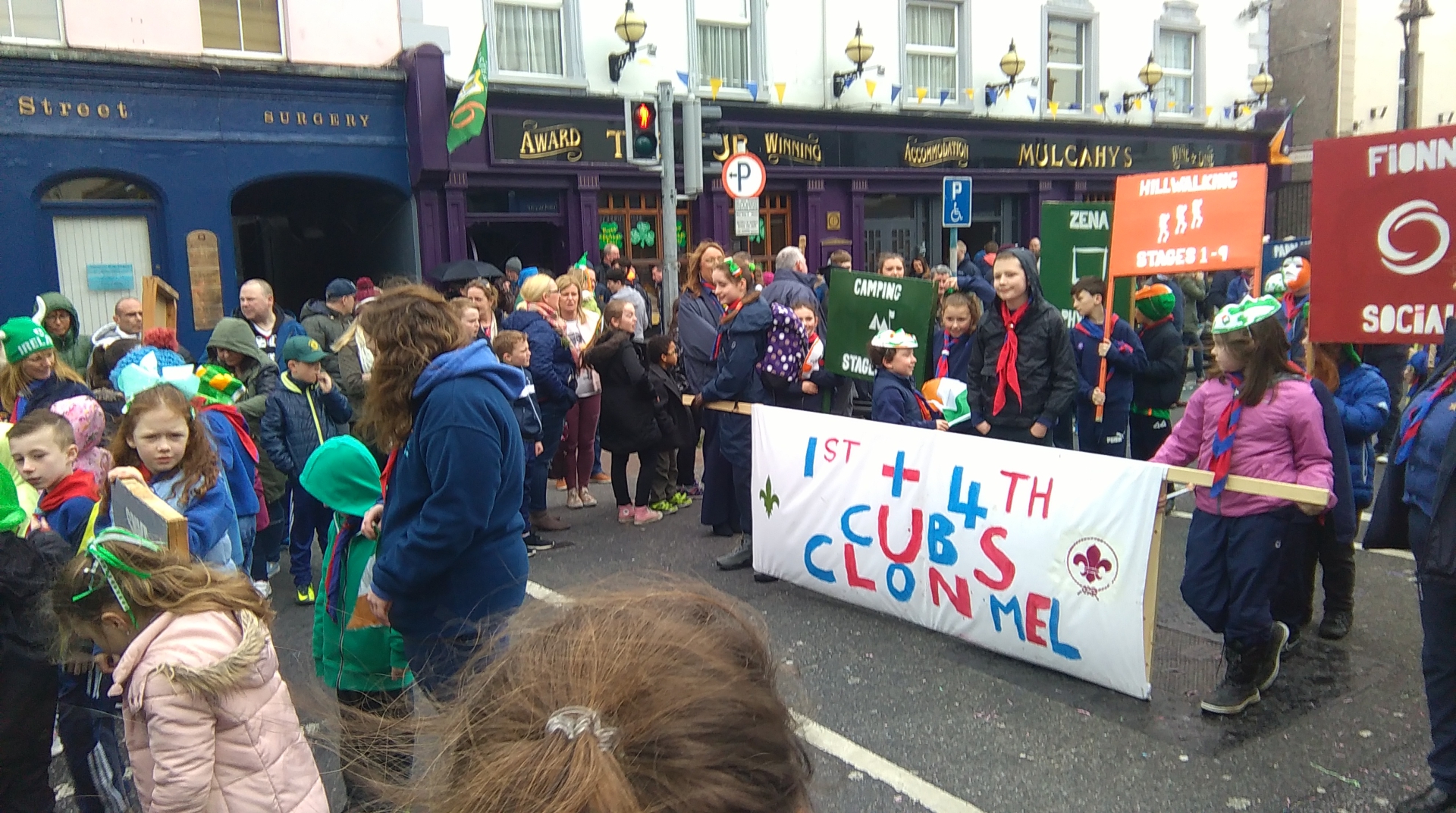 Cubs and Beavers always bring great colour and activity to the parade.

Virtually every sporting club in the town was represented - hurling, football,soccer and rugby and so many more with underage players to the fore.

There were also school activities on the floats - St Mary's National School Band enterained the crowd while the Presentation Convent Junk Kouture team added a splash of colour and glamour.

The recently formed Three Counties Archery team were out with their bow and arrows. 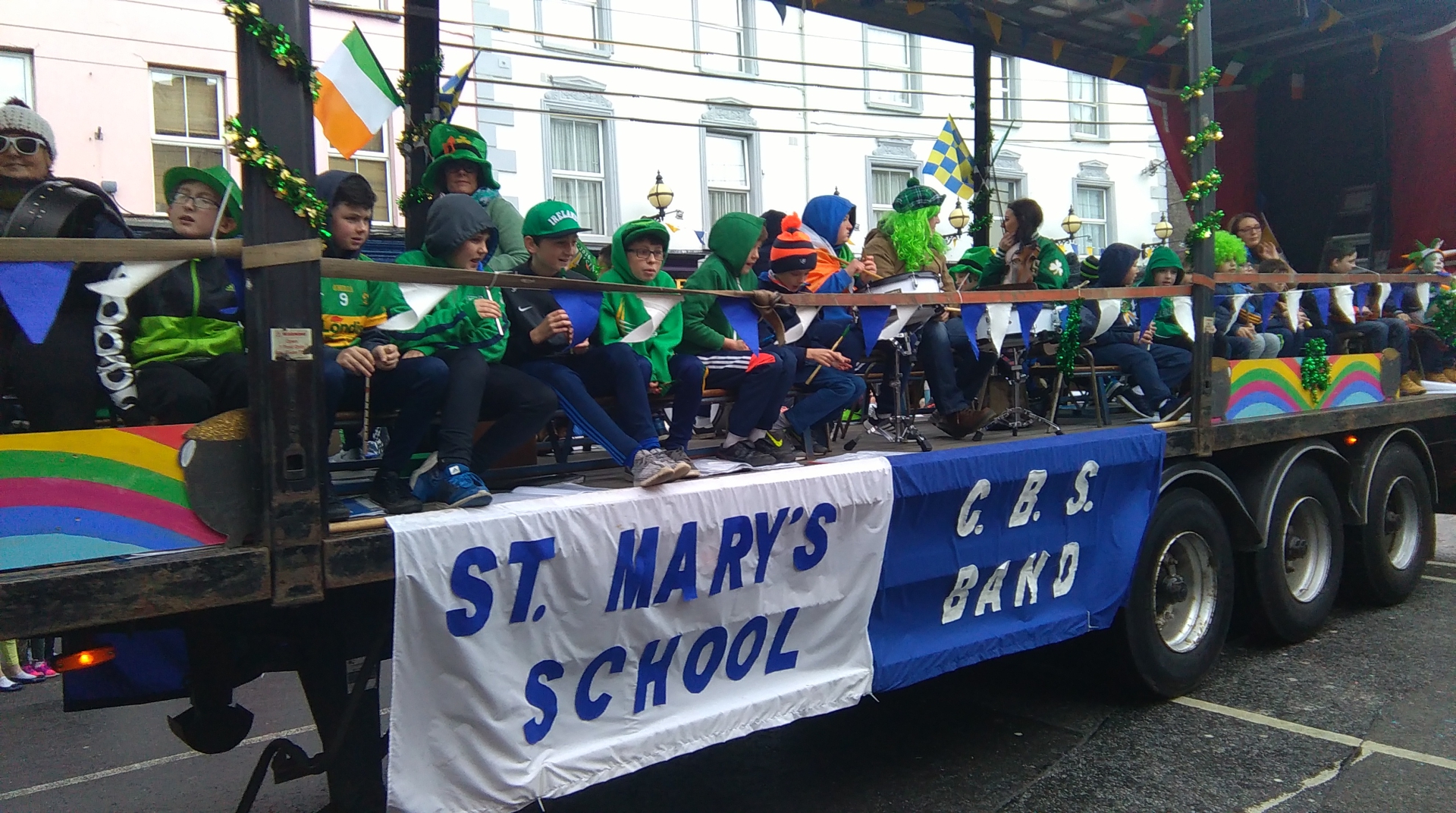 The Suir Dragon Paddlers marched alongside their boat.

The Polish community added an international flavour to proceedings.

Clonmel Rotary Club promoted all their activities, including their Bikes for Africa appeal on Saturday week. 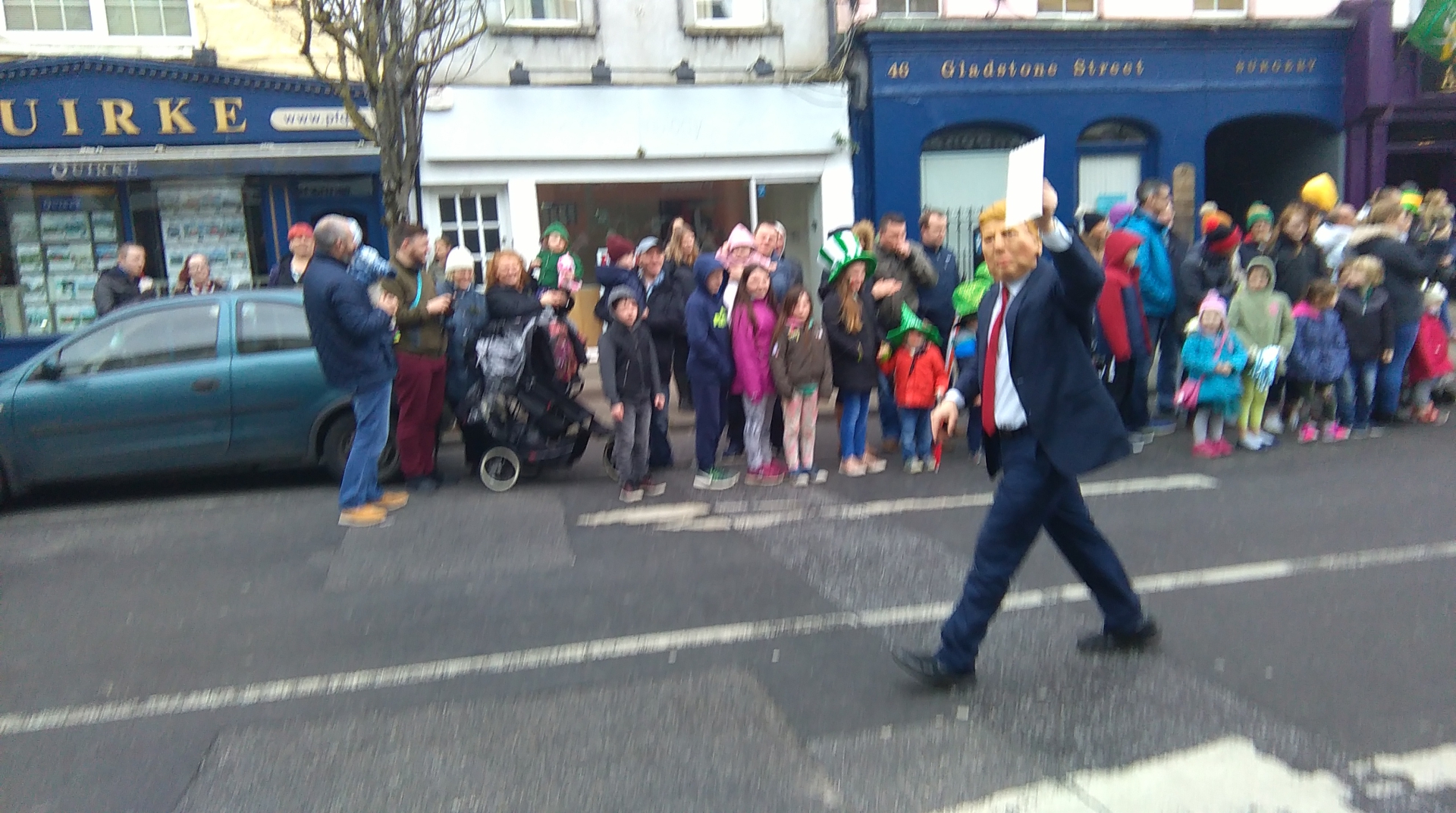 Fresh from his talks with the Taoiseach, President Donald Trump made a guest appearance.

Students from St. Joseph's School in Ferryhouse showed off their design skills with a lovely float.

There was also a poignant note to the event from Carrick-on-Suir River Rescue. This remarkable organisation has saved so many lives over the years and they remembered their Coast Guard colleague, Captain Dara Fitzpatrick, who lost her life in the tragic helicopter crash off the Mayo coast this week.

On each of their vehicles in the parade they carried a photo of Captain Fitzpatrick in memory of a fallen hero.

Events in Clonmel had started early in the morning with the raising of the national flag at St. Patrick's Well in Marlfield and then continued with a parade to 12 noon mass in St Mary's Church in Irishtown.

All the event were a fitting way to mark the national holiday.