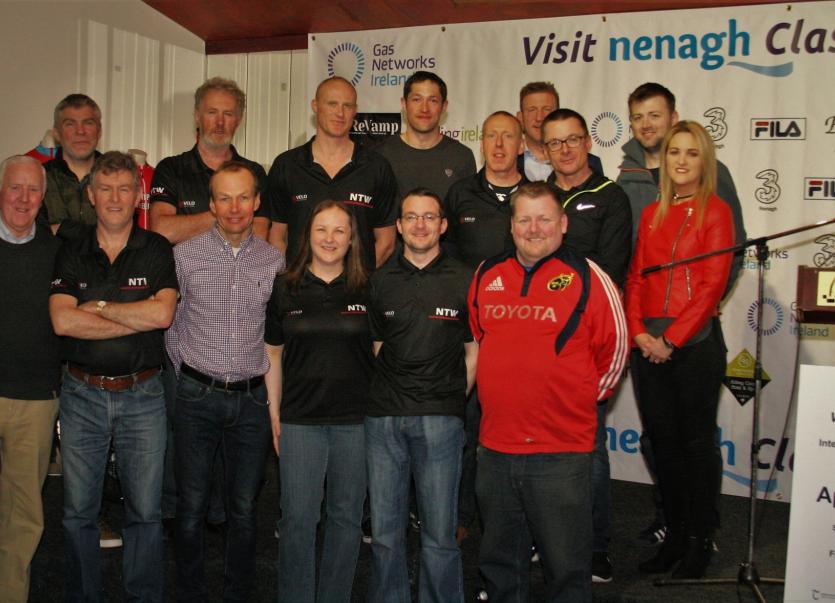 Members of North Tipperary Wheelers, who are celebrating their 30th anniversary this year, at the launch of the Visit Nenagh Classic, which they will host this weekend Picture: Selina Hynes

This weekend's Gas Networks Ireland Visit Nenagh Classic is set to put Nenagh and North Tipperary on the global cycling map with the news that the gruelling race is to be broadcast worldwide.

The race, which is in its sixth year, has been regarded as Ireland's toughest one-day race since its inception, and has attracted some of the country's top cyclists as well as teams from overseas.

There has been an effort from day one to have the race featured on TV and this is set to become reality this year with eirsport choosing Visit Nenagh as its inaugural race to screen in the national series. This also means it will go out on the worldwide Bike Channel as well as highlights being shown on TG4 at home.

“The race will be recorded for later broadcast. It is good to see an Irish media company sticking its neck out. We will be the first to feature,” said race director Rene van Dam at the race launch in the Abbey Court hotel.

However, he pointed out that they have to get funding to bring it to a higher level, but he was in no doubt that by year 10, the likes of Nicholas Roche would be taking part.

"The race, which also has a women's section, is the only one-day race with a town centre finish and the riders appreciate that,” he said.

The weekend event starts with a 28km time trial this Saturday from Five Alley to Birdhill and back. This has been won by the Dutch-based Fila team for the past three years. Last year they set a record with an average speed of 49.17km/h. 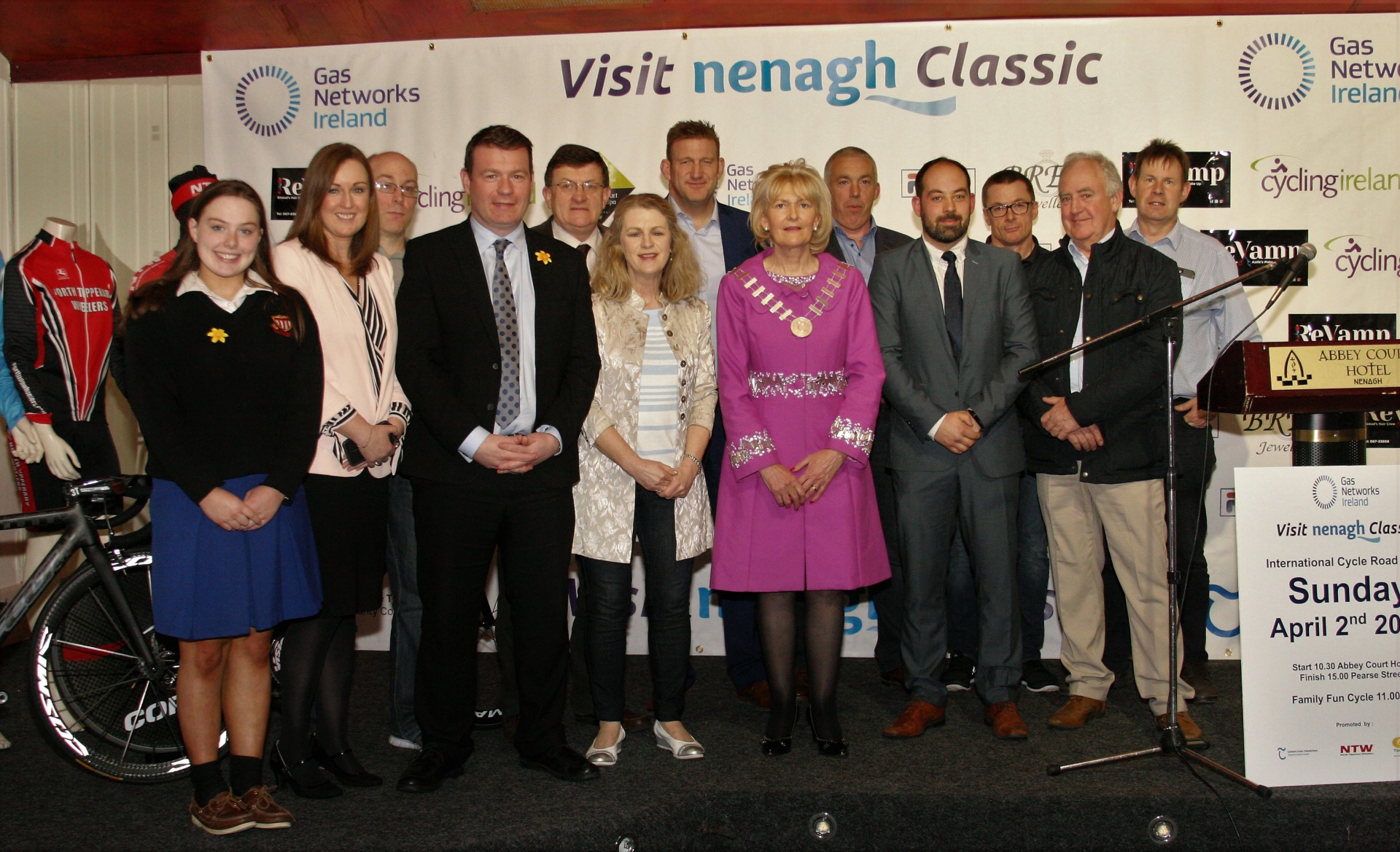 Visit Nenagh Classic will be held on Sunday with riders leaving the Abbey Court at intervals from 10.30am, and finishing on Pearse Street at around 3pm.

Mr van Dam said they were delighted to have North Tipperary Wheelers as race hosts and thanked them for supplying stewards over the years, with around 80 volunteers looking after the various junctions along the 169km route.

Nenagh MDC Cathaoirleach Cllr Phyll Bugler wished this year's event every success, saying the council was delighted to sponsor it to the tune of €2,500, with title sponsors Gas Networks Ireland giving €5,000 in prize money.

Portroe native and GNI Munster sales rep Paddy Flaherty highlighted the family cycle and said the event was the “perfect fit” for them because of its community involvement. Registration for the family cycle is at 10am on Sunday under the race finish line on Pearse Street and leaves at 11am for a 9km cycle using Nenagh's cycle routes on the bypass.

This year's host club is North Tipperary Wheelers, who are celebrating their 30th anniversary, and Pat Bergin, NTW, said that there was “no better way to celebrate”.

Visit Nenagh Classic chair Virginia O'Dowd urged people to go on to their website to check out the best advantage points and to come back into Nenagh for what the “exciting spectacle at the finish”.