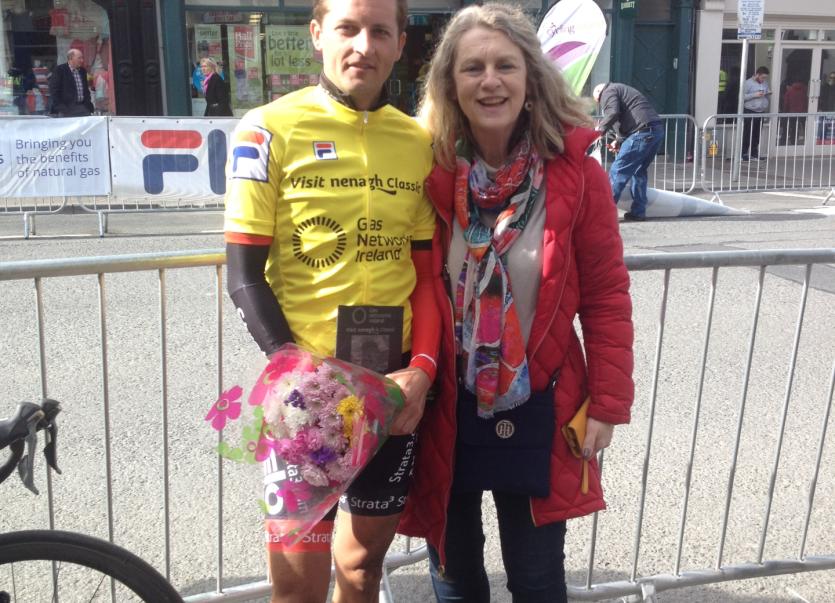 There was a real international feel to the podium places at the end of this year's Gas Networks Ireland Visit Nenagh Classic this Sunday, April 2.

The race, which attracted over 450 riders, was run in glorious sunshine and was won by Strata team rider Mark Dowling. Mark has come close before, finishing second in 2016, but has really emerged as one of Ireland's top amateur cyclists, winning all the top races in Ireland, including Ras Mumhan. The only one that has escaped him is the Shay Elliott, and a win there can't be too far away.

Mark, son of former Irish boxing champion and Olympian Mick Dowling, led by over 40 seconds coming into the final stages, but this was whittled down to just over 20 by the finish.

Afterwards, Dowling praised the race organisers and said it meant so much to all the cyclists to have a town centre finish.

The A3 race was won by Ben Walsh of the Nicholas Roche / Philip Finnegan NRPT team with Alan Laanders of Dungarvan CC taking the A4 race. Walsh is just back from racing in New York and is one to watch.

The ladies race was won by Eve McCrystal of the Garda Cycling Club. McCrystal is no stranger to winning at the highest level having piloted Katie-George Dunleavy to gold and silver at the 2016 Rio Paralympics.