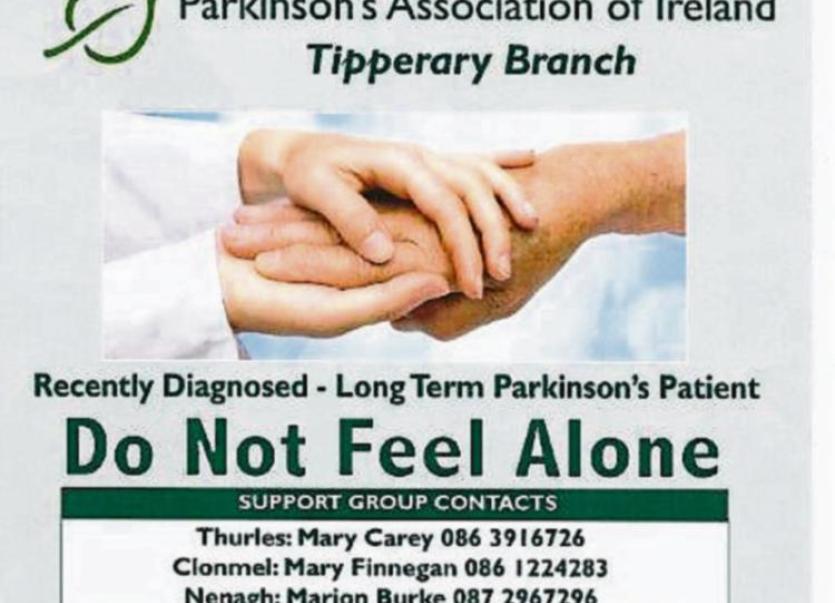 The AGM of Tipperary Branch of Parkinson's Association was told that there is an urgent need for a Parkinson's nurse specialist to cover Mid, South Tipperary and the Waterford area.

There are only five nurse specialists in Ireland, with one covering Clare, Limerick and North Tipperary.

The association is one of the very few such health organisations that receives no direct State funding. The association is dependent on donations, sponsors and fundraising to provide present services to all affected by Parkinson's.

In conjunction with Parkinson's National Awareness Week, April 4-11, the public are invited to sign a petition in support of PAI's application for direct annual funding. Post Cards addressed to the Minister of Health will also be available for the public to complete and post.

Tributes were paid to Oliver Nolan, outgoing vice-chair from Holycross.