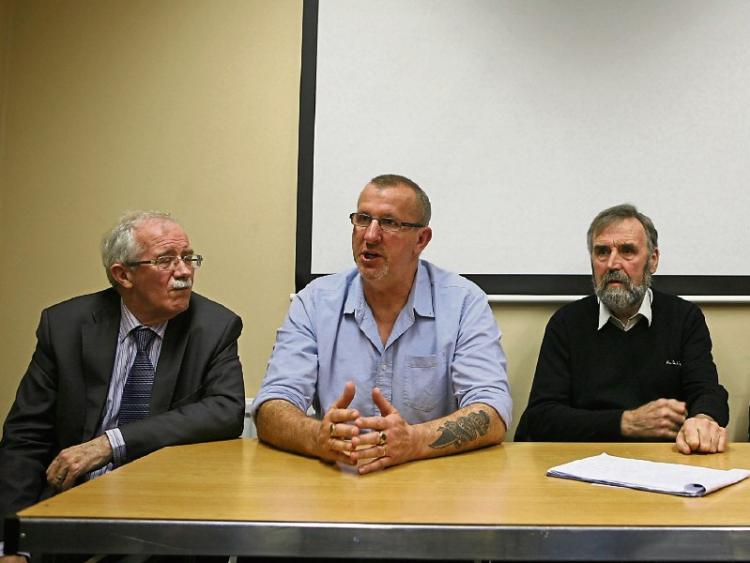 The Bus Éireann X7 Clonmel to Dublin service ceased to operate last Saturday just days after more than 100 people attended a public meeting in Carrick-on-Suir about the company's axing of this bus service.

Bus Éireann services across the county remain suspended today (Wednesday) as workers continue their strike over cuts to their pay and working conditions as well as to bus routes.

The public meeting in the Nano Nagle Community Resource Centre last Wednesday, March 29 was attended by people concerned about the impact of the loss of Carrick-on-Suir's direct Bus Eireann bus service to Dublin two years ago and the closure of the X7 Clonmel to Dublin service.

Carrick people were conntected to the Clonmel/Dublin bus service at Grangemockler via a shuttle bus travelling to and from Carrick since the direct Carrick/Dublin service closed two years ago.

Bus Eireann driver Mark Fitzgerald, who addressed the meeting, was appalled at how the needs of rural people were being ignored.

He emphasised that the bus drivers not only drove the buses but provided a service as well and knew many of their regular passengers and their needs.

Local people at the meeting spoke of how the cuts to Bus Eireann services were affecting their travel to jobs out of town and to hospital appointments. They highlighted that the cutbacks were affecting all age groups, and in some cases the rural bus journey was the only transport for many including older people living alone, to get to towns for shopping and visiting friends.

It was proposed that a web page be set up to enable local people to access up to date information on the bus routes, the ongoing dispute and to voice their concerns.

Meanwhile, Bus Éireann has defended its decision to close the X7 Clonmel to Dublin bus route. In a statement, the company said this commercial bus route was restructured in June 2015 but significant losses have continued to accrue since then.

"As a result, the route is not viable on an ongoing basis particularly given the current perilous financial situation at the company."

The statement added that the National Transport Authority considered the range and availability of alternative public transport services from Clonmel and the other location affected by the withdrawal of the X7Expressway service was considered appropriate to meet demand.

A Bus Éireann spokesperson said Clonmel will continue to be served by Bus Éireann's 55 Limerick/ Waterford and 355 Clonmel/Waterford services.

She confirmed that five Bus Eireann staff on temporary contracts will lose their jobs as a result of the closure of the X7 bus service.