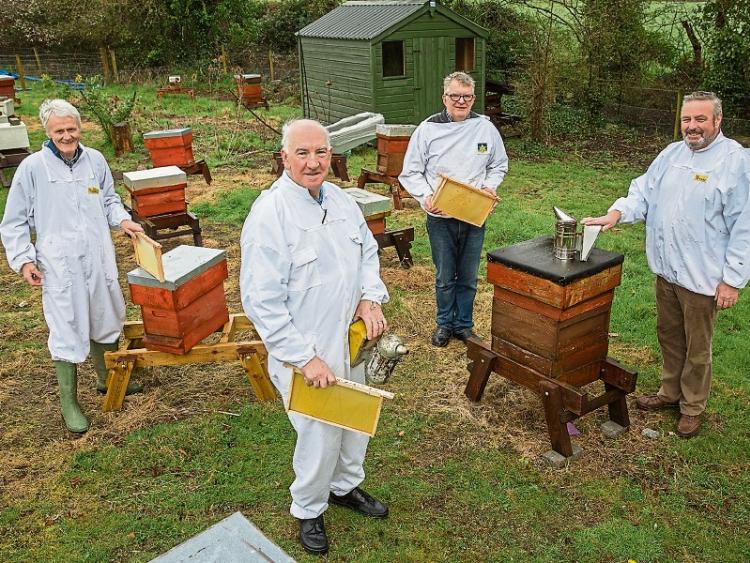 The vital role that the humble bee plays in food production is being stressed by beekeepers in South Tipperary, who have embarked on a recruitment drive for their association.

"There are no wild honey bees left in the country", says Paul Lonergan, PRO of the South Tipp Beekeepers Association.

"And if we don't have beekeepers we won't have bees to pollinate food crops, fruit trees or the flowers in your garden".

Wild honey bees are dying out mostly because of modern farming methods that involve the spraying of pesticides, while global warming is also a contributory factor.

Meanwhile, the Native Irish Honey Bee Society says that native Irish honey bees are under threat due to hybridisation with foreign strains, and that imports could introduce bee diseases not yet found in Ireland.

The South Tipp association's objective is to highlight the importance of bees and educate people on the craft of beekeeping.

Following this beginners course aspiring beekeepers will be brought to outdoor demonstrations at the association's apiary in Powerstown, outside Clonmel, where there are about twenty hives, over the course of two to three months. Here they'll be shown the practicalities of beekeeping.

The association also plans to launch an education programme in primary schools, with demonstration hives being brought to schools.

South Tipperary has some of the finest beekeepers in the country. They include Micheál Mac Giolla Coda (Cahir), Redmond Williams (Cahir), Denis Ryan (Clonmel), Jim Power (Carrick-on-Suir) and Tom Prendergast (Ballypatrick), all of whom are qualified lecturers who deliver talks to beekeeping associations around the country, and act as judges at honey shows.