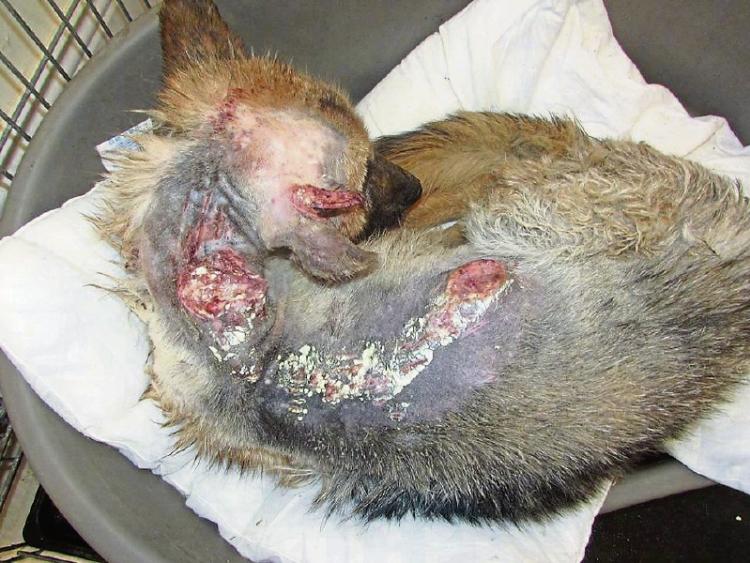 Animal welfare workers are appealing for information after a dog was found with extensive injuries and close to death near Cashel late last month.

Volunteers at Mo Chara Animal Rescue described the condition of the animal as the "worst they have seen" after a man found the injured dog wandering near Cashel.

When Shelly was discovered she was covered in open cuts and parts of her flesh was rotting. She was unable to stand and was extremely malnourished and covered with necrotic, infected wounds along her back. Her coat was  matted and crawling with parasites and her right ear was almost severed.

"She was also suffering from urine burns which likely means she was kept in a confined space," adds Catherine of Mo Chara who immediately took the injured animal to Julian Veterinary in Cashel for treatment.

“We really didn't think she would pull through,” she adds. 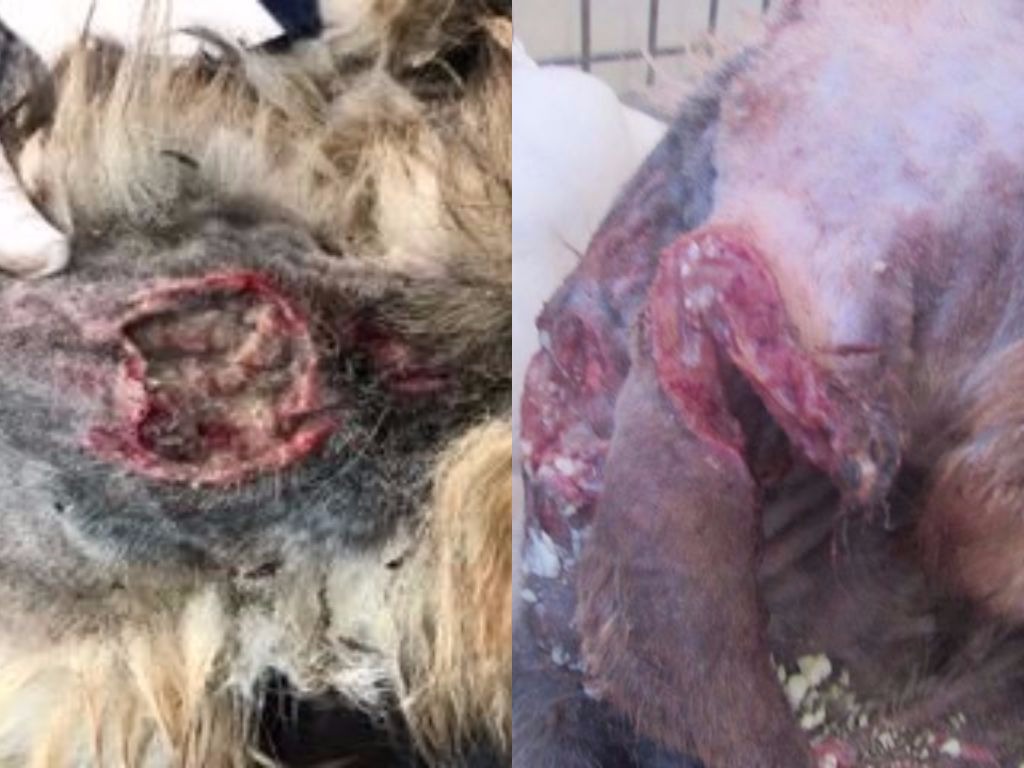 Some of Shelly's injuries: Her vet originally thought her ear would have to be amputated Pic: Courtesy of Mo Chara

However thanks to the dedicated work of volunteers Shelly's recovery has been nothing short of miraculous. In her first week at the Thurles rescue centre she gained 3 kg and her vet decided on reconstructive surgery to save her ear from amputation.

Indeed such is the incredible turn around in her recovery that the German shepherd mix has been dubbed 'Wolverine' by Mo Chara volunteers.

“There's no way Shelly could have travelled far with her injuries. She could barely stand when she was brought to us,” explains Catherine, who adds that a FB post on Shelly has so far reached 80,000 people but no information regarding her owner has come to light.

Shelly pictured at Mo Chara two weeks after she was found. She has received dental treatment and surgery on her ear. Catherine says that while Shelly is very affectionate towards people, she remains extremely fearful of other dogs.

This is the fourth dog who has been found with similar injuries since Christmas leading animal welfare workers to believe there is a high possibility that these animals are being used as 'bait dogs.'

Two of the dogs died due to their injuries and were originally thought to have been hit by a passing motorist. However it was later discovered that both animals had wounds consistent with severe bite marks opening the possibility that the animals are being dumped from cars on the motorway.

"None of the animals were chipped and despite a wide social media reach we can't seem to find out anymore information on Shelly or the others. None of the dogs found matched any missing animal reports so we don't have any leads on where they came from,” said Catherine.

Anyone with information is asked to contact the ISPCA, Gardai or Mo Chara directly who will pass on all information in strictest confidence.