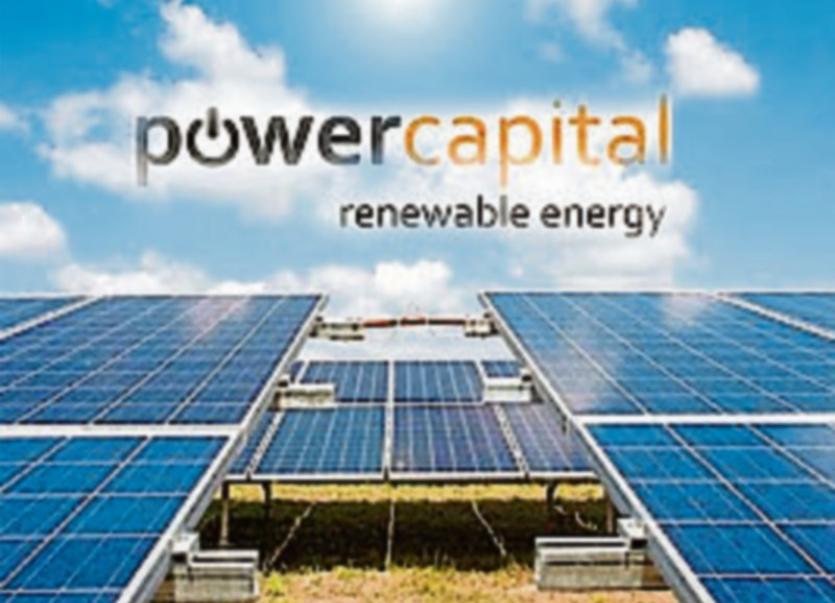 Plans to develop a major Solar Farm in west Tipperary have been lodged with Tipperary County Council.

Power Capital Renewable Energy Ltd have applied for a a 10 year permission for the construction of a solar PV farm in Cauteen, Donohill, west Tipperary.

The plans were lodged on April 13th and a decision is due by June 7th. Submissions by May 17th. The Co. Council has already approved three similar type projects in Tipperary, two near Cahir area and one near Clonmel. A further solar farm project is planned for 140 acre site near Roscrea, while another development near Carrick-on-Suir is with An Bord Pleanala.

Power Capital Renewable Energy Limited was set up on Wednesday the 3rd of August 2011. The company's current directors are Barry O'Sullivan, Dervilla Whelan, Justin Brown, Peter Duff and Richard Byrne. According to its website, Power Capital was set up “as a development and investment company for the renewable energy sector specializing in the European Photovoltaic market. We design and install PV systems for clients across the whole construction sector, including residential, commercial, retail, education, agriculture and public sector.”