Could Churchill have become a soldier in Cahir? 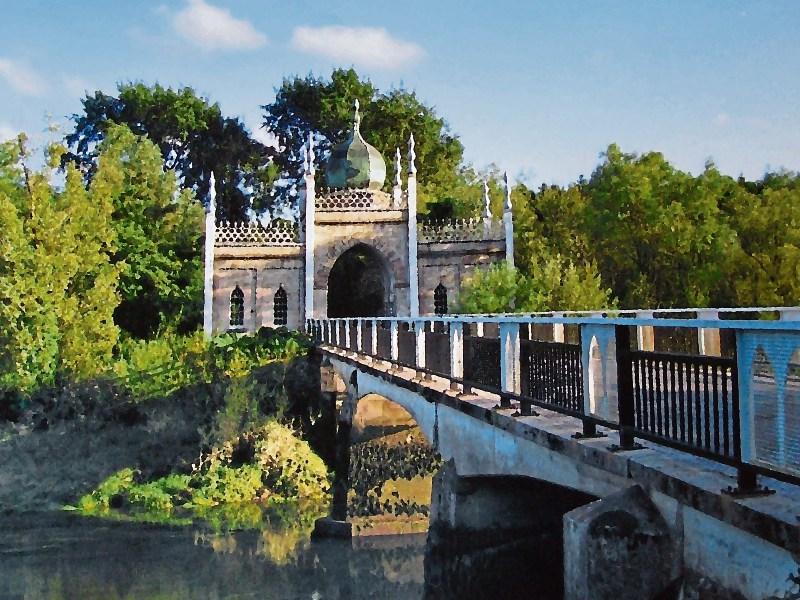 The Hindu Gothic Gateway at Dromana

He was told of the delights of the Tipperary town but the young man who would go on to be Britain’s leader never actially visited Munster!

Organising the next History Day at Dromana, her family home near Cappoquin, Co. Waterford, Barbara Grubb has been wondering why its subject, Winston Churchill, never visited this part of Ireland.

But it seems young Churchill might have holidayed in Munster – if he hadn't jumped off a bridge in 1893!

"When he left school in 1892, Churchill hoped to become an officer in the British Army," Barbara Grubb explains.

One of his friends, Jack Milbanke, had already joined the Army, and had been posted to Cahir in County Tipperary.

"Winston's mother, who was a forthright American lady, thought Jack was 'dull and stupid'," says Barbara Grubb. "He sounds just right for the 10th Hussars, a fashionable cavalry regiment noted for its flash uniforms."

In February 1893, Jack Milbanke wrote to Churchill, telling him Cahir was "such a nice place", although he grumbled that there was "no society of any description".

"He obviously didn't think much of the local landed gentry," laughs Barbara Grubb. But, on the plus side, Jack reported "heaps of hunting fishing etc."

"True, the country was quiet at the time. Parnell had died two years earlier, and the Split in the Irish party put people off politics."

But Barbara Grubb is puzzled that a young man could go hunting around Tipperary and not notice the rural poverty.

"Great changes were stirring in Ireland," she points out. "The Gaelic League was taking shape."

"Just 3 months earlier, Douglas Hyde had delivered his famous lecture, 'The Necessity for de-Anglicising Ireland'. Maybe young Milbanke was one of the Anglicising elements he thought the country could do without! "

Unluckily, there was no chance of young Winston visiting his friend.

In January 1893, while playing an adventure game, the 18 year-old Churchill had made a monkey-like jump off a bridge, aiming to swing into a tree.

"Instead, he fell 29 feet and suffered serious injuries, which put him in a wheelchair for some months," Barbara Grubb relates. "The accident didn't do him any permanent harm – he lived to the age of 90."

But Jack Milbanke knew there was no chance that his friend could visit him in Tipperary any time soon.

It wouldn't have been easy anyway.

"The worst thing about Cahir is that it is such a terrible long way from London," Jack moaned.

"I can just imagine Milbanke singing the First World War song, 'It's a long way to Tipperary'," jokes Barbara Grubb.