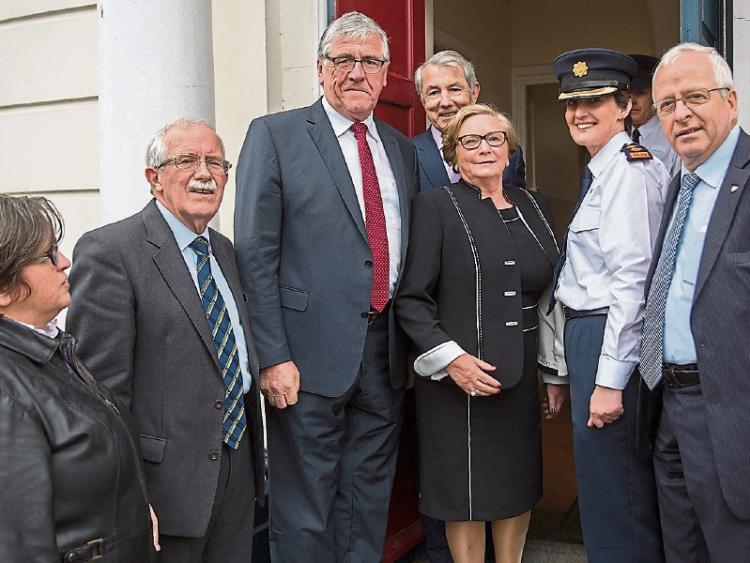 The provision of a  long awaited new state of the art garda station  for Clonmel took a giant step forward today when Tanaiste Frances Fitzgerald visited Clonmel to make an important announcement on the project.

While touring the cramped and outdated conditions at  the Clonmel station at Emmet Street Tanaiste Fitzgerald confirmed that major progress has been made in delivering a new station for the town.

The new station  will form an integral part of the master plan for the Kickham Barracks site in the town and will bring the development of that 11 acre site  as a civic, cultural, and third level educational  hub closer to reality.

Tanaiste Fitzgerald  announced that  the legal issues concerning the site of the proposed new station at Kickham Barracks had been finalised and that the contracts for the transfer of land between Tipperary County Council and the OPW will be signed in the next few weeks.She expected the new station to be put out to tender before the end of the year.

Tanaiste Fitzgerald  announced that the new Clonmel station would be one of four, Sligo, Fermoy  and Anglesea road in Cork city are the other projects ,  to proceed under a public/private partnership.

The announcement will kick start the  development of   Kickham Barracks, which closed in 2012,.The new garda station is seen as the catalyst that will drive on that ambitious project  involving  Limerick Institute of Technology , the Education and Training Board,Tipperary County Council.

“We are absolutely delighted now that Clonmel is high up on the agenda and that the Tanaiste has confirmed that  strong progress is being made.This is very good news not just for the district and the division but for the region as the new state of the art station in Clonmel will be strategically located  in the region.” said Chief Superintendent Catherine Keogh

Clonmel Superintendent William Leahy said the new station will be at the very heart of the community and  would mean that finally the  public will be able to conduct their business in privacy in a modern new station.