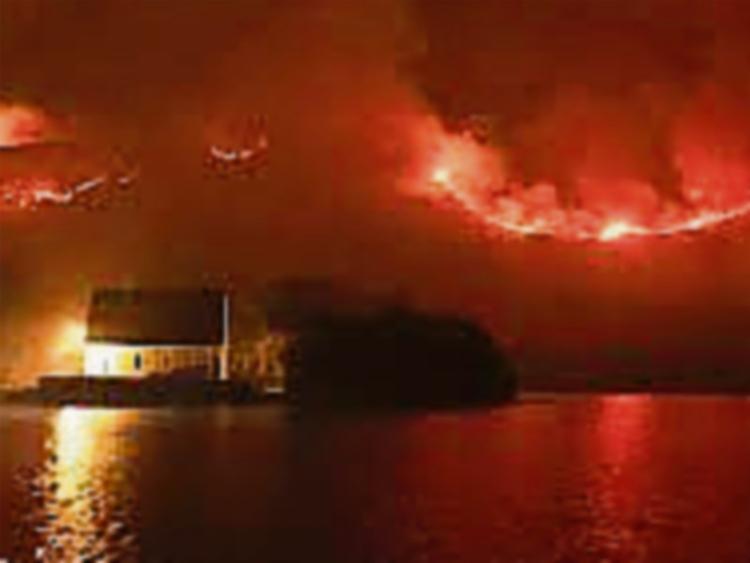 Following the massive fire that destroyed more than 300 acres of forest and mountainside in Gouganebarra, County Cork, last weekend, farmers have been urged to be mindful when burning land.

The Forest Service had issued a Condition Orange – High Fire Risk, which had lapsed on April 18. This was reissued on April 19, and was the sixth such notice to issue since March 1.

A spokesperson for the service reminded landowners that

Applicants under the Basic Payment Scheme and other area-based schemes are obliged to comply with cross-compliance which includes requirements in relation to the burning of vegetation and the consequential damage to designated land. Where an applicant is found, at inspection or on receipt of a Cross Report from NPWS, to have been responsible for breaching these requirements a penalty can be applied to payments due under these schemes.

He said that after such a spell of dry weather, a wildfire risk can quickly develop in areas where flammable vegetation such as grasses, gorse, and heather are present.

“Most fires spread from adjoining land into the forest. It is important that farmers assess the risk to their forest and make sure that the firebreaks are maintained. A firebreak should consist of a 6 metre wide fuel free zone, typically around the boundary of the forest,” Mr Collins said.

He encouraged farmers to review the fire plan for their forest, or to prepare a fire plan, especially if the forest is located in a high risk area.

He said the plan should identify and map the risks and the likely outcomes if there was a fire, assembly points, access and escape routes, reservoirs or water points and firebreaks. The plan should also contain contact details for the local fire station, local Garda station, and registered forester.

“Forest fires have caused devastation as well as significant financial loss for a lot of farmers in recent years. Under the Afforestation scheme farmers are obligated to replant where a forest is damaged by fire, so it is important that farmers consider the financial consequences of a fire and make sure there is adequate insurance cover in place,”Mr Collins said.

He advised that if you see a fire, do not delay, report it to the fire and emergency services by calling 999 or 112. He stressed that you will not be billed by the fire service or local authority for making the call.