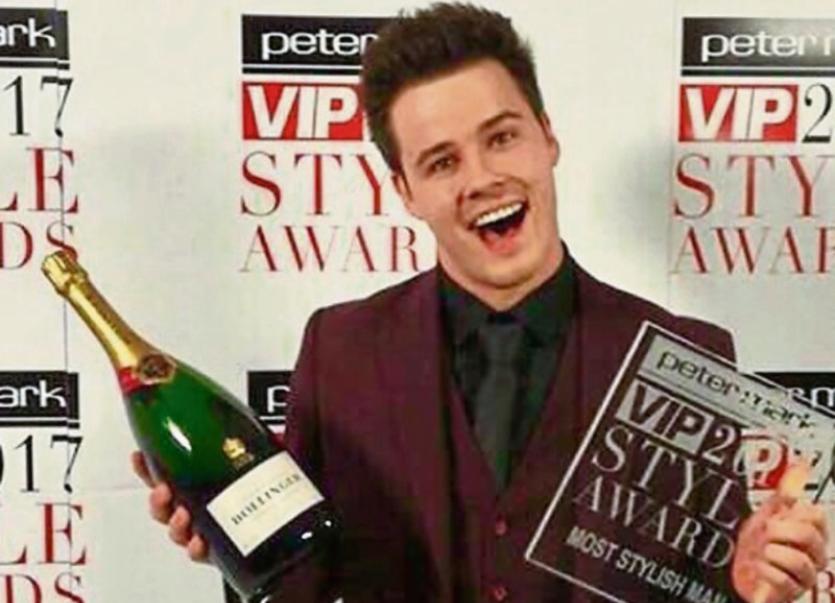 Dayl Cronin from Clonmel was delighted to win Ireland's Most Stylish Man award at the Peter Mark VIP Style Awards at the Marker Hotel in Dublin.

Dayl Cronin from Clerihan, Clonmel was celebrating after he was crowned Ireland's Most Stylish Man at the Peter Mark VIP Style Awards held at The Marker Hotel in Dublin.

The 23 year-old, who made a great impression on RTE's Dancing with the Stars earlier this year, beat off strong competition from the other nominees who included Conor McGregor, Keith Duffy and Al Porter to win the award.

Dayl captured the country’s imagination when he reached the semi-final of Dancing with the Stars with his professional dance partner Ksenia Zsikhotska.

He was in the third year of his course at the Leicester College of Performing Arts in England, where he studied singing, dancing and acting, when he successfully auditioned for Louis Walsh's boyband HomeTown.

He was well prepared for the challenge that Dancing with the Stars presented, as he has been dancing since he was 7 years of age when he joined the On Your Toes Dance Academy in Clonmel and received tuition for ten years from the Hewitt sisters, Gillian and Majella.