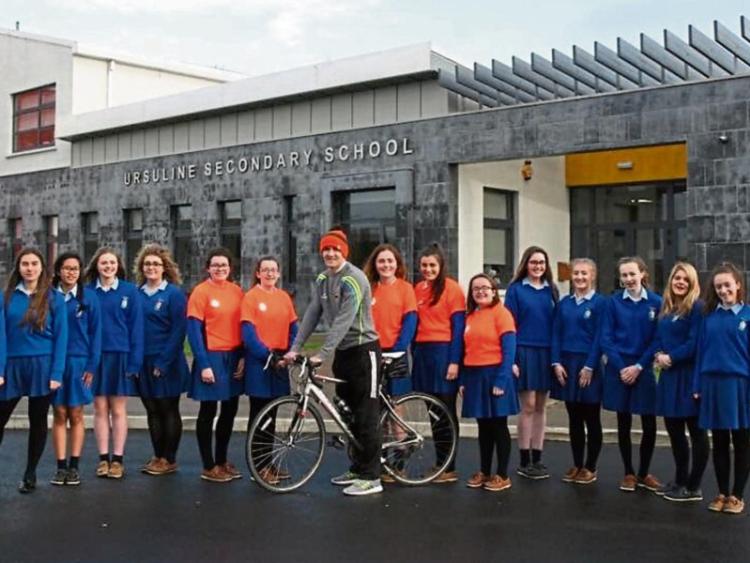 Hundreds of cyclists arrived in the Cathedral Town this evening as part of the nationwide Cycle Against Suicide event rounding out the twelft day of the charity cycle.

This year Rockwell College and the Ursuline Secondary School Thurles were both successful in their bids to become anchor schools to host hundreds of cyclists from across the country.

Over 100 homes in the Thurles area will provide homestays on Thursday night to the cyclists who arrived en-masse from Fermoy this afternoon after completing the latest leg of the 14 day journey around Ireland.

Meanwhile students from the Ursuline have been working hard to raise awareness of mental health in the town and spread the message that “it’s okay not to be okay" and that "it’s okay to ask for help”.

Last week students at the Ursuline surprised each other with 'positivity notes' which decorated the lockers of each pupil at the school while the Ursuline's Cycle Against Suicide ambassador team got to grips turning the school grounds and classrooms into 'a sea of orange.'