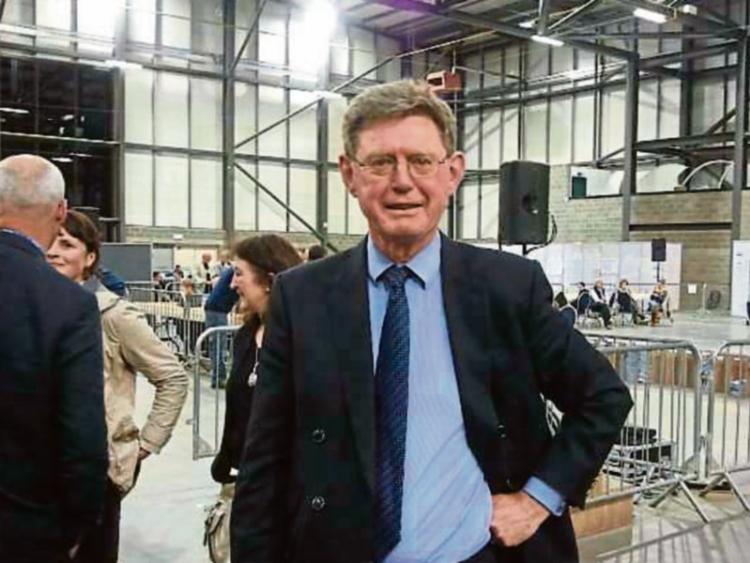 The late Willie Crowley pictured at an election county in Kildare where he was a member of the County Council.

The widow of a  Clonmel-born County Councillor who was killed in a hit and run accident in Co. Kildare has spoken of her overwhelming loss at  his death.

The late Willie Crowley died after he was hit by a car in Newbridge in December 2015.

Mr Crowley was originally from Clonmel but had been living in Kildare for many years. He had lived in Dublin for sometime before that.

He was an independent member of Kildare County Council at the time of his death.

In his early years, Mr Crowley worked as a printer in 'The Nationalist'. He is remembered fondly by many of his colleagues in the paper from that time

He will be sentenced next week.

In an impact statement to the court, Mr Crowley's widow said her sense of loss was overwhelming.

Claire Doyle described Mr Crowley as  “my husband, my best friend, my confidante”.

And she admitted: “I do not look forward to my future.”

Damian Klasinski has pleaded guilty to a charge of Dangerous Driving causing the death of Cllr Crowley.

Ms Doyle has suffered from “panic, fear, insomnia, loss of concentration, loss of confidence and the loss of identity, which continues to this day”. She said that the support of her family and friends could not replace the loss of someone taken so suddenly and so brutally.

And she said the effect of his death left her despairing of human nature and “the capacity for some people to be so devoid of social responsibility”.

In her statement she said that on the night of his death, she was looking forward to the Christmas holidays with family and friends, but that all that changed suddenly when she received the call with the news.

“Nothing could have prepared me for what awaited me there - my husband Willie’s battered, bruised and broken body, his shattered skull and some hours later the devastating news that there was nothing that could be done because of the severity of the brain injuries.”

At the time of his death, Mr Crowley had a shopping list of items he needed to get for a Christmas dinner he was preparing to cook for those in need on Christmas day, and had left the pub early in order to make preparations.

“The huge loss to the community has exacerbated my loss of the love of my life,” Ms Doyle said.

Klasinski  pleaded guilty to the charge.

Mr Crowley had left a pub and as he was crossing the street he was hit by the car being driven by  Klasinski who had four passengers in the car, friends he had picked up just before then. He continued driving after the impact.

Mr Crowley succumbed to his injuries three days after the impact.