Rock of Cashel claims the inside track with Italian tourists! 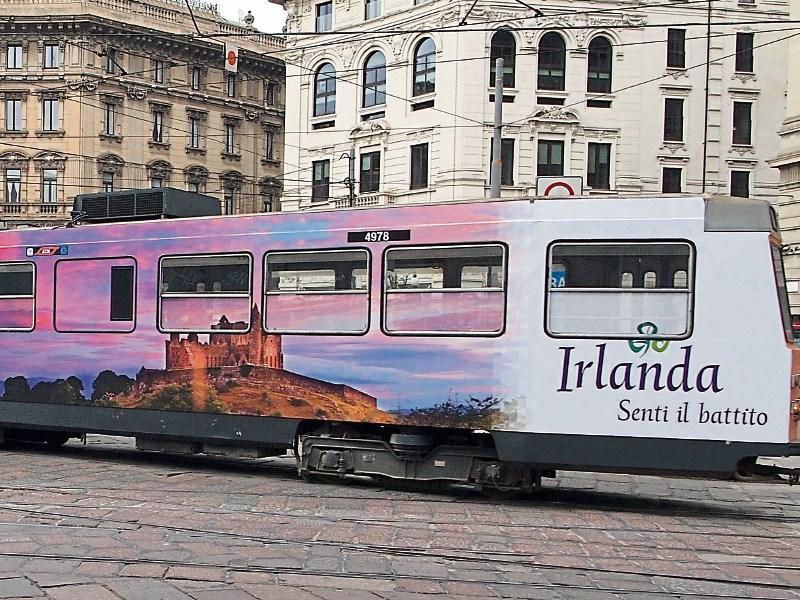 The Rock of Cashel has taken another starring role in attracting tourists to Tipperary!

Millions of commuters in Milan are seeing eye-catching ads for Ireland, featuring a spectacular shot of the Rock of Cashel, on trams operating in the city right now.

It’s all part of Tourism Ireland’s latest promotion in Italy, to highlight the island of Ireland for holidays and short breaks in 2017. The campaign is being rolled out in partnership with Logitravel, one of Italy’s leading online travel agents.

The campaign will run between now and the end of the year and will include:

• trams in Milan ‘wrapped’ in Ireland ads over the coming month, reaching an estimated 5.2 million commuters;

• online ads on popular websites during May and June (and again in September);

• Ireland ads on the website of Logitravel, driving prospective visitors to a special Ireland microsite; and

• e-mail marketing to the Logitravel database of 1.5 million travellers.

Tourism Ireland aims to ensure as much visibility as possible for the island of Ireland – both online and offline – during key booking periods for holidays and short breaks over the coming months.