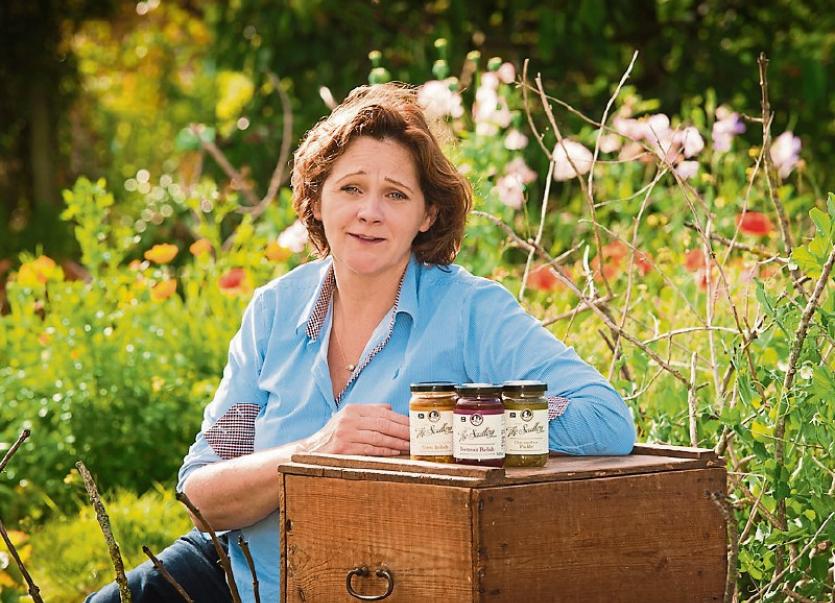 Florrie Purcell from The Scullery in Nenagh

Entries are open to producers across the island of Ireland for this year’s Blas na hEireann Irish Food Awards. The Awards, which are in their 10th year, take place at the Dingle Food Festival in late September. Last year there were more than 2500 entries in what are the largest blind-tasted Food Awards on the island.

Buyers from independent stores and major retail chains are among those to come meet the finalist producers in Dingle. It is seen as one of the most important events of year in the food and drink industry. A Buyers Directory which is circulated post-awards with a list of winners and their contacts has now become a go-to reference for trade both in Ireland and overseas.

Entrants testify that winning an award has a definite impact on sales.  Previous winner Florrie Purcell from The Scullery in Nenagh said “it has given me strength and credibility and positioned me better in the marketplace.

“It has opened more doors and I am now seen as a contender. It allows me to go the races with the big players.”

Another @BlasNahEireann GOLD winner produced by The Scullery here in Nenagh for @lidl_ireland - yummy! pic.twitter.com/zaCvUiFbIZ

“These are what I call the People’s Awards” says Chairperson, Artie Clifford

“Every product that carries a Finalist, Gold, Silver or Bronze sticker is picked up more quickly than those without. Our research has shown that the Blas accreditation has the highest recognition amongst Irish consumers and using the award logo on pack has made a significant difference to businesses.”