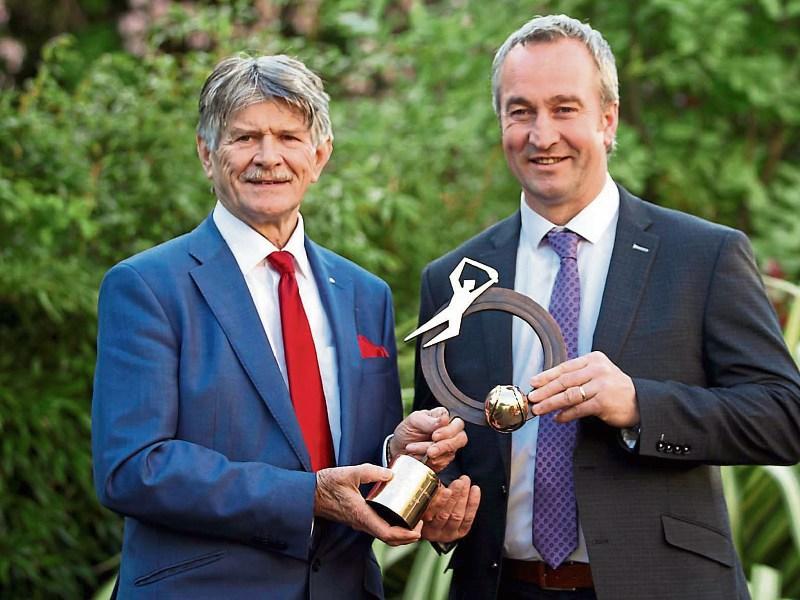 Two proud Tipperary men were honoured by the Tipperary Association in Dublin - one who led the county to All Ireland hurling glory, and the other who helped achieve a posthumous pardon for a Tipperary man hanged by mistake.

It was a wonderful occasion at the Louis Fitgerald Hotel - also owned by a Tipperary man, Cappawhite native Louis Fitzgerald - as the association held its awards night.

As president Liam Myles, from  Ardfinnan, said, Tipperary remains one of the few counties where its Dublin-based ex-pats continue to meet and plan such events.

And the night was paricularly special as Tipperary senior hurling manager Michael Ryan was honoured as Tipperary Person of the Year for guiding the side to a thrilling All Ireland title last September with victory over arch-rivals Kilkenny.

Mr Myles told Michael Ryan how much the win made to every Tipperary person wherever they were in the world. 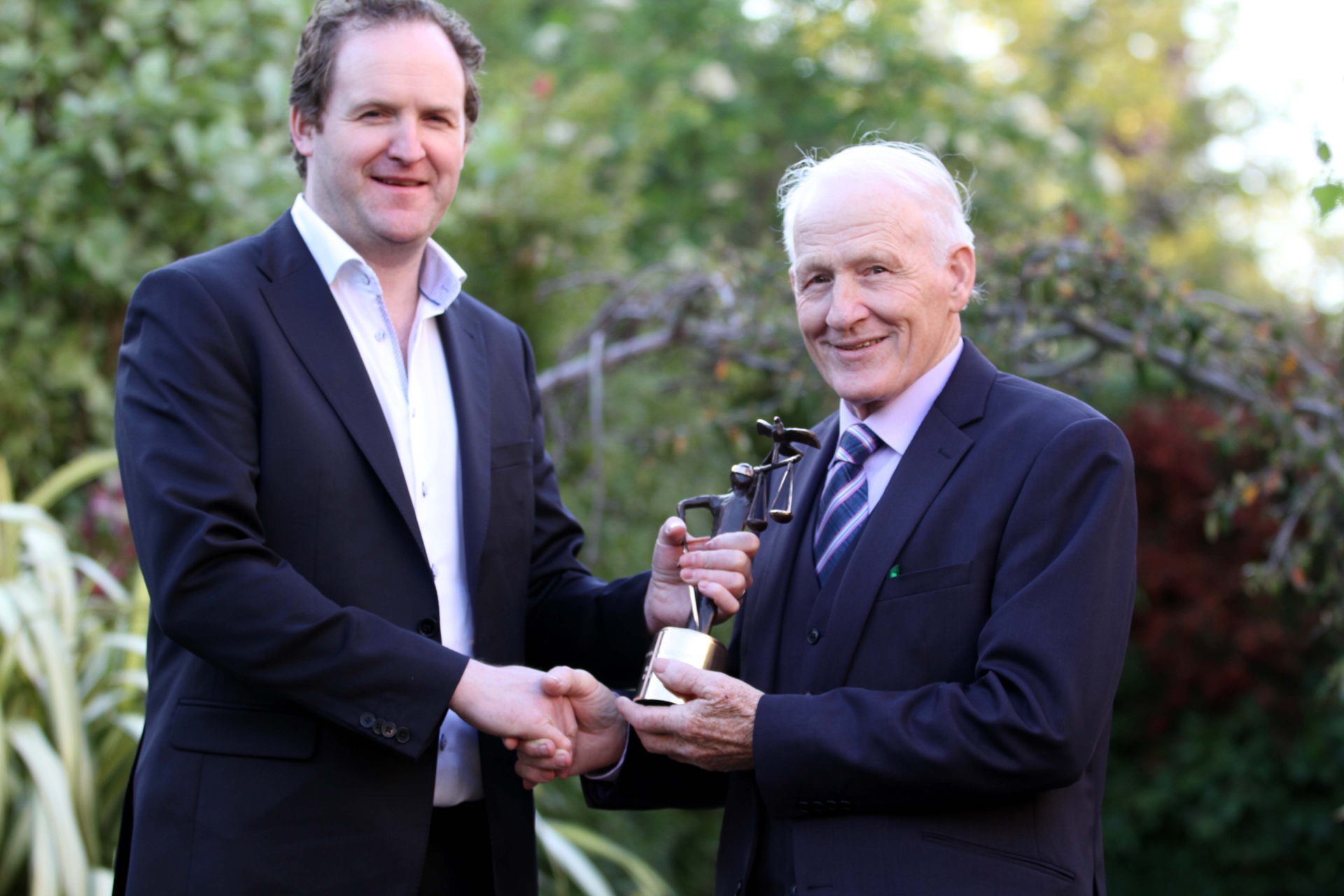 Hurling held a special place in the hearts of everyone in the Premier County and the Tipperary team would always be remembered for such a remarkable achievement.

He said -"Michael Ryan’s Tipperary cut a swath through the Munster Championship with style and skill but most of all with the steel of old which he brought to bear on the field of play. Tipperary notched up huge scores in Munster and faced up to a Galway team in the semi-final for the second year in a row. Thankfully, and after a very hard fought contest, Tipperary came out of that game with the narrowest of victories, reversing the tables on Galway from 2015.

"The final was the one all hurling fans wanted with the “flying” Tipperary taking on the cats for the All-Ireland title. Tipp hit top form in the final and there was no doubt about the outcome well before the finish. The spoils were ours and Liam McCarthy was on his way back to Tipp!

And to illustrate the bond between Tipperary and hurling, the top table was adorned with silverware - the Liam McCarthy Cup, of course, but also the Munster championship cup and the Harty and Croke Cups won by the Templemore students at Our Lady's during what was am incredible year for them. 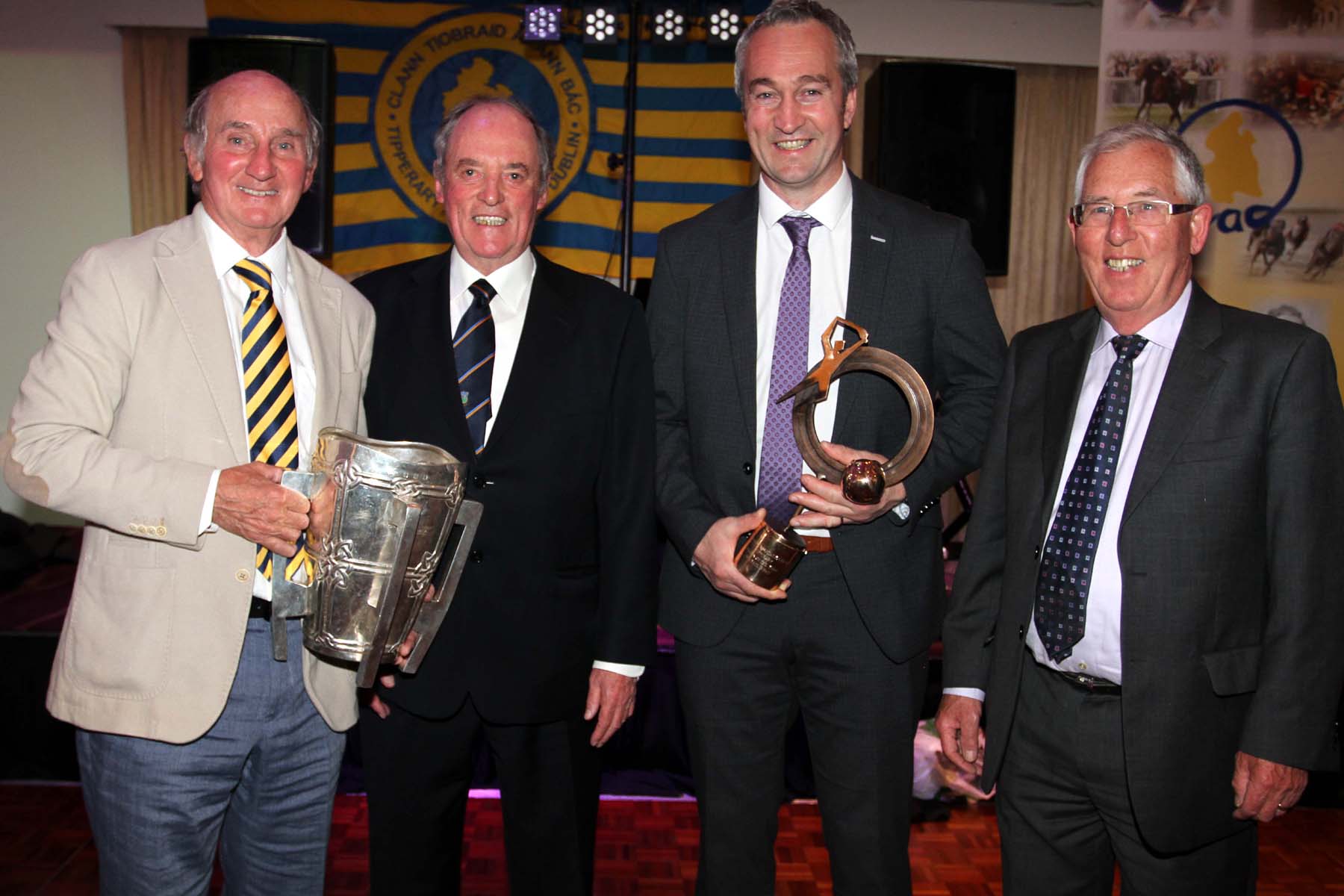 And inducted into the prestigious Hall of Fame on the night was Golden man Eddie Dalton who led the campaign to have Harry Gleeson pardoned for a crime he didn't commit.

Gleeson was hanged the murder of Mary McCarthy near New Inn but his last words were to ask his solicitor Sean McBride to clear his name as  he hadn't committed the crime.

Eddie Dalton heard the story from Mr McBride and from his own father and started the process to clear Gleeson's name.

That he achieved last year with the state's posthumous pardon - a worthy victory for another Tipperary team, this one comprising of about thirty people who worked tirelessly for justice.