Moycarkey NS bio-diversity garden is a real winner with kids 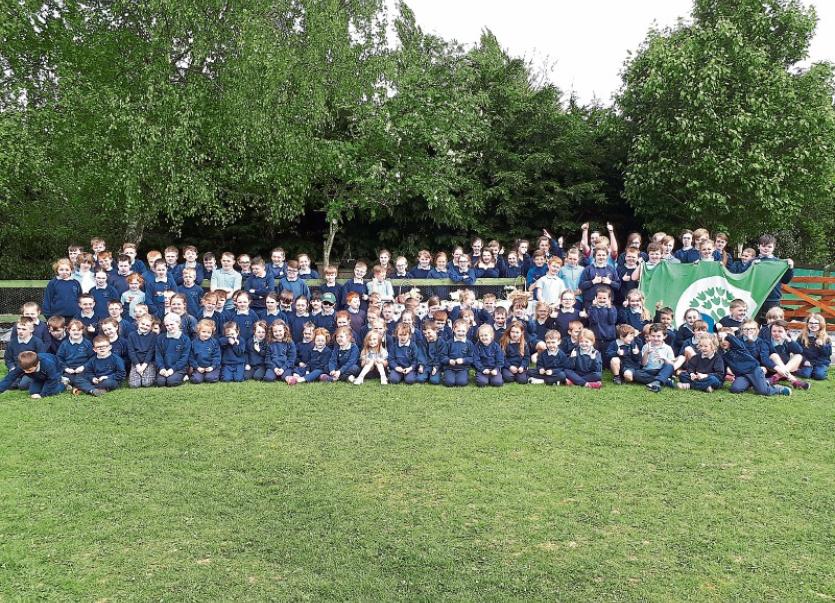 There is great rejoicing in Moycarkey National School this week following the news that a fifth green flag has been achieved following the creation of a bio diversity garden, which is going down a real treat with the almost 130 strong pupil population.

The Tipperary Star visited the school this week to see first hand what the garden means to the students and we were mighty impressed with the hard work which has been undertaken by the Green School Committee, the students and caretaker Donie Shanahan.

Not only are there now radishes, lettuce, tomatoes, runner-beans, onions, carrots and strawberries growing in the designated bio diversity garden, there is also a beehive and soon to be installed water feature which will be a real plus too.

The pupils are very proud of the garden and each day they watch the progress being made in the section managed by their class.

They look after their own plot and best of all, on the day of our visit, they had the fruits of their labours all washed, sliced and ready for consumption - they have literally worked from farm to fork and it is a great feeling for everyone in the school.

The fifth green flag will be presented to the school later in the month having already achieved flags for litter, energy, water and transport. And, with a bug hotel and wild garden area located on the school grounds also, Moycarkey NS is a real hub of activity when it comes to nature and the natural environment - they even have a fairy door and we have been reliably informed that fairies are present everywhere although we did not actually see any during our visit!!

The bio-diversity garden has been created with the whole reduce, re-use, recycle initiative in mind - an old bath and toilet cisterns were used as well as old tyres and recycled timber to create the gardens footprint.

The end product is a beautiful space with a garden bench for kids to sit under the trees and take a rest after they have tended to their crops. 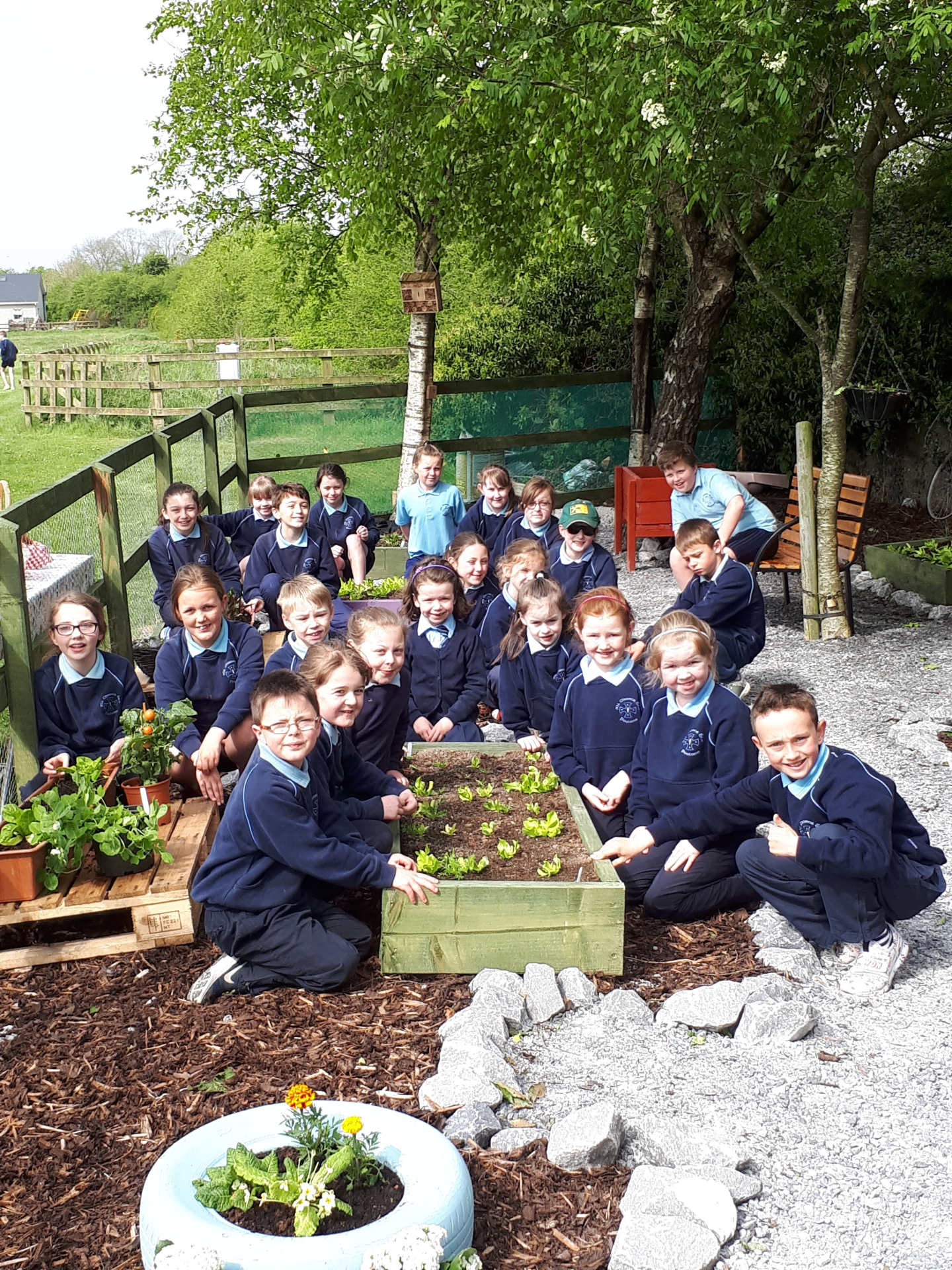 Moycarkey NS is very grateful to many local businesses which supported the bio diversity garden including:

Killough Quarries, Thurles Sawmills, Ronaynes Hardware, Thurles Hardware, PJ Lamphier, Michael Murphy, Boomerang, Stakelums Hardware, Littleton Co-Op and Bord na Mona - without their support the project could not have gone ahead and would not have been so successful for all involved, especially the children.