Rockwell student named 'Young Economist of the year' in Galway 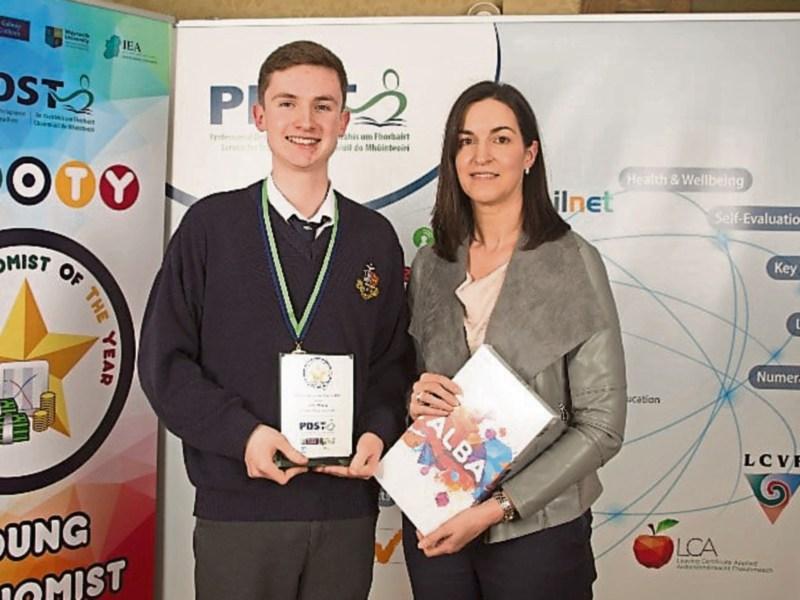 A Rockwell student has received a major national award after being named ‘Young Economist of the Year’ at a prestigious awards ceremony in the Galway Bay Hotel last week.

Sixth year student Cahal Murphy earned a gold medal for his project ‘Quantative Easing, does it work?’ after examining the effects of global recession on unemployment in America, Europe and Japan.

Cahal competed against 250 students from across Ireland to take the top prize with his school praising his “remarkable achievement.”

His teachers also said that the talented economist is extrememly passionate about his subject field and hopes to study Economics and Finance in UCD after sitting his Leaving Cert exams this summer. While researching his project Cahal found that large scale asset purchasing by America’s Federal Bank, the ECB of Europe and Japan’s B.O.J. is ineffective and failed to inflate or affect GDP growth in order to stimulate economic progression.