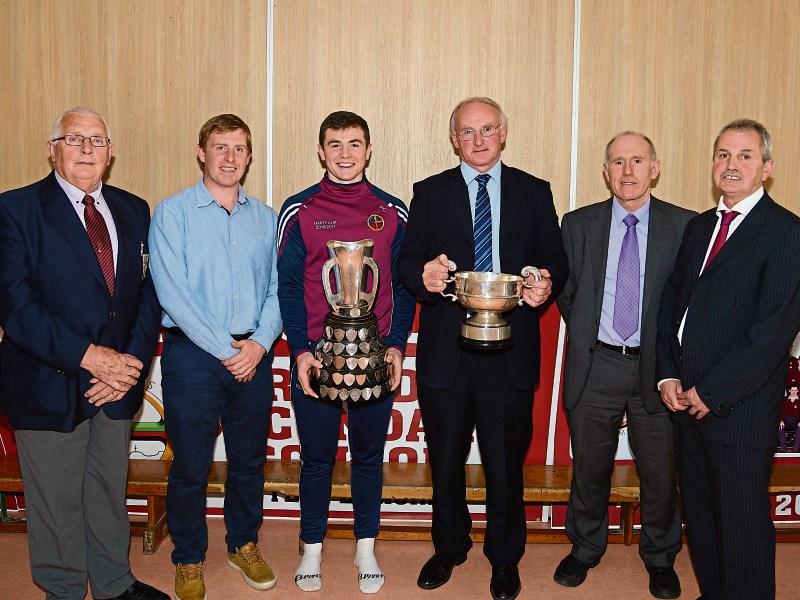 Top civic honours were bestowed on the 2017 Harty and Croke Cup winning team from Our Lady's Secondary School Templemore on Friday last, the highest honour Tipperary County Council can award.

Cathaoirleach and proud Templemore native Joe Bourke fittingly opened proceedings at Our Lady's on Friday evening welcoming representatives from Tipperary County Council alongside members and management of the 1978 Our Lady's panel, the last line out to carry the prestigious Harty cup back to the town.

Cllr John Hogan praised the “strength and depth” of character of each member of the panel while Cllr Jim Ryan described the unique achievement of being one of only four Tipperary teams to have lifted the Harty Cup, adding that he was confident he would see many of the panel line out on senior teams with their clubs or play for Tipperary in years to come.

Cllr David Doran said the tremendous achievement of winning two prestigious titles and putting an end to a 39 year drought brought “great pride and honour” to the town while Cllr Seamus Hanafin told the students that civic receptions are not “lightly given” adding that the same determination and courage on the sports field when applied will bring great success in every aspect of life.

"You will be forever known as the team of '17,” added Cllr Hanafin.

Former Our Lady's pupil Matt Shortt noted the "exceptional successes" of the students, management and staff of Our Lady's adding that it would soon be time to repay the support shown by parents and teachers in the weeks ahead when many of the team would sit their state exams. Meanwhile fellow student Cllr Michael Smith noted the "steely determination" exemplified by every student on the panel, noting the presence of the “Alex Ferguson” of his playing days Mr John Costigan who was at the helm of the 1978 team.

“Since last September all the pieces of the jigsaw came together and the team were marked out for a great future," said GAA stalwart Mr John Costigan, who told the audience it was a huge privilege to stand in front of the 2017 and 1978 winning teams in what was a tremendous year for Our Lady's.

When captain Paddy Cadell took the microphone he told those in attendance that the team looked at the year in stages, never taking anything for granted.

“This is a year I'll never forget. Every one of us is thankful for all the help and support we have received from our management, teachers, staff, family and friends.”

Manager Tom Byrnes thanked Tipperary County Council for honouring the team praising their determination throughout the year, adding that each player was a role model for the school and wider community.