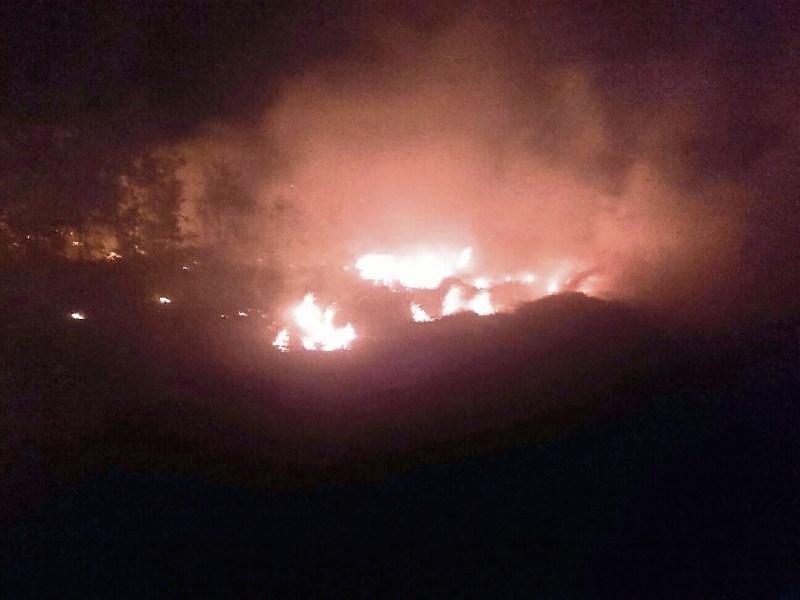 The fire raging at the height of the blaze.

Helicopter support was needed to put out a potentially catastrophic gorse fire on the Tipperary-Limerick border last week.

And while this week's rain has lessened any risk of an immediate repeat, local Coillte manager John Moore has urged people to be careful.

He said carelessness and delibrate lighting of fires posed a huge threat to land, property, forestry and wildlife.

He pointed out that last Thursday a potentially huge forest fire was prevented on the Limerick/Tipperary border by the swift action of Coillte personnel and Newport, Cappamore and Limerick Fire Services.

Sports News: 'Tipp hurlers must be spot on next Sunday' - Michael Ryan

The fire was reported on Thursday morning burning on an open hill and immediately sent emergency services rushing to the area. The fire location was surrounded on three sides by forests of thousands of hectares in one block stretching almost from the village of Murroe in County Limerick to the village of Rearcross in County Tipperary.

Units of Cappamore, Newport and Limerick Fire Brigades fought the blaze along with Coillte Staff and Coillte contractors on three different fronts. The swift action of these groups kept the fire out of the forest until the afternoon.

But with the fire still raging on the open hill in the afternoon and still a huge threat to the main block of forest, Coillte Forest Manager John Moore decided in consultation with Coillte Head Office to call in Helicopter support. 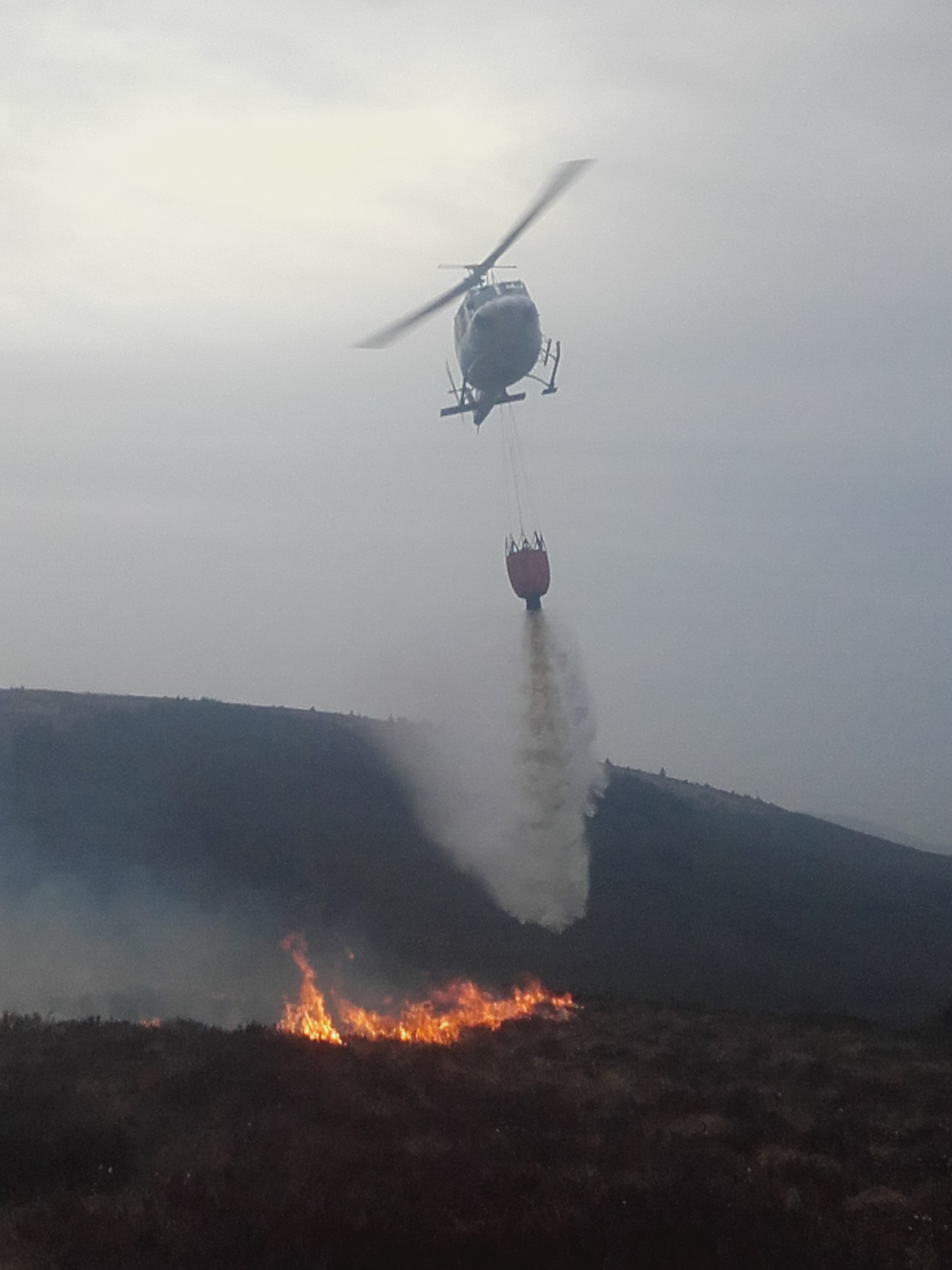 A helicopter drops water on the blaze.

The Coillte contracted Helicopter which had been fighting a massive fire in Galway all week was on the scene in an hour. Using water from a local resident’s lake, the helicopter with its massive bambi bucket water carrier doused out any fire threat to the forest with the help of all fire fighters on the ground.

On arrival of aviation fuel, the helicopter took to the air again before darkness to put out the remaining fire on the open hill along with Coillte ground staff. The action of all concerned helped to prevent a much more serious situation.

Another serious fire was prevented the previous week just north of Cappawhite when late at night a load of rubbish was dumped in a Coillte forest and set on fire. But for the swift action of a local Coillte contractor and a local Coillte man, only a small area of forest was burnt. Other areas across Tipperary have had the same issues with fires and only for the swift action of locals, Coillte staff and the Fire Services much more damage would have been caused.

Mr Moore said the recent dry weather with easterly winds drying out the dead winter vegetation made for a serious fire hazard over the past few weeks. This coupled with deliberate lighting of fires on hills and general carelessness by people with regard to burning put everyone at risk.

It also has huge effect on wildlife with their habitat destroyed by the damage these fires can do. Coillte would like to thank all who helped keep these fires under control over the past few weeks.

What are you doing on Saturday, May 20? Take part in the 5k walk in Clonmel to raise funds for Brig Cahill!

Don't miss our great competition in conjunction with The Clonmel Park Hotel!