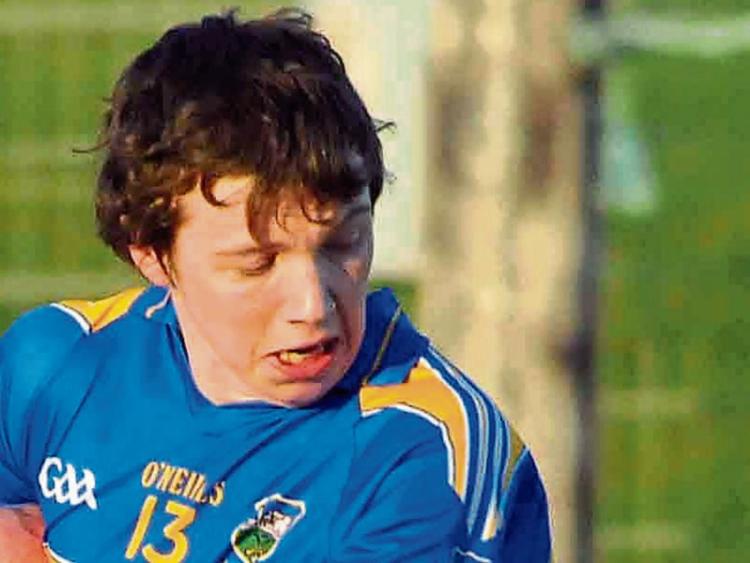 Moyle Rovers backed up their billing as the top team in their group on Wednesday evening in Golden when they put in a powerful second half performance to see off the spirited challenge of Arravale Rovers in the second round of the county football championship.

After an unconvincing first half Moyle Rovers stepped up a gear in the second period building on their one point half time lead  with  far more fluency, movement and accuracy in front of goal in their play.

Arravale Rovers however could not build on goal and Moyle Rovers added two more points both from frees from the boot of Liam Boland, one of which was a magnificent strike from an impossible angle which just crept over the bar with Arravale Rovers goalie Timmy Dalton  sustaining an injury in his attempt to prevent the score.

Moyle Rovers deserved their victory on the basis of their second half display but they will be concerned about  the  performance in the opening twenty minutes and by the amount of goal chances created by Arravale Rovers in the second half.

Blocks on the line from Paddy Morrissey and Rian Clancy in the second half kept Arravale Rovers at bay  with the goal from Shane Leahy, which came from the inability of the Moyle Rovers defence to deal with a long high ball into the danger area,coming too late for Arravale.

An Arravale Rovers forward won the aerial battle to bat  the ball down to Leahy who gave his team some hope when he blasted to the net.

Two beautiful strikes from man of the match Liam Boland ensured the victory for Moyle Rovers in the closing minutes.

It was a game in which Arravale Rovers will take a lot of encouragement from, particularly from their first half performance and their refusal to buckle under the pressure of relentless Moyle Rovers pressure in the second half.

They took the lead in the opening minute through James Hogan and despite Moyle Rovers responding with two quick scores from frees taken by Liam Boland and Sean Carey, Arravale Rovers continued in positive mode.

They read the breaking ball better and their patient passing  yielded four points  without reply from Moyle Rovers  with scores from Niall Donovan, Darren Lowry Bryan Lowry  and the excellent Mikey O Dwyer.

That  four point haul from play amounted to Arravale Rovers ‘s best spell in the game  with Moyle Rovers standing off them in defence allowing the Tipp town side to pick off scores.

Moyle Rovers came back into the game in the last ten minutes  of the half with scores from a Sean Carey free, a superb score from Diarmuid Foley whose pace opened up the Arravale defence and a Craig Condon point to level the game.

In  injury time Liam Boland converted his second free of the half to give Moyle Rovers a slender advantage at the break.While Arravale Rovers managed to draw level  at the start of the second half with a James Hogan free  they were unable to maintain the level they showed during their period of first half dominance.

Up to their late goal Arravale Rovers were restricted to just two points from frees in the second half as they were directing all resources to trying to cope with powerful  and direct running from Moyle Rovers.

Richie Power, Danny Owens ,Morgan Irwin, Luke Boland and Liam Boland who was excellent in both defence and attack throughout, drove on Moyle Rovers as they took control of the game.

They showed greater desire to break up possession and when they did they counter attacked with speed and precision.

Liam Boland was very unlucky with a goalbound effort which went inches wide but his three points from frees and two points from play in the second half, ensured the south side went o n to triumph and to remain unbeaten in the group.