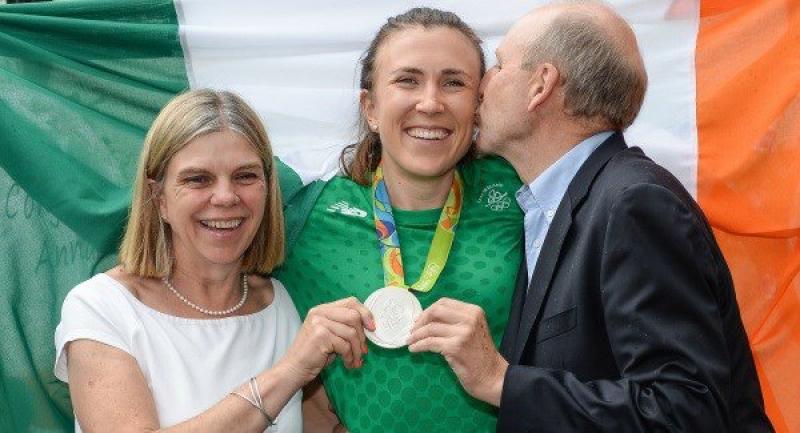 While the gloss has not gone off her Rio win, Lough Derg Yacht Club's Annalise Murphy is among the Olympic medalists who have returned their silver medals because they have become tarnished.

At least 100 Olympic athletes say that their medals from the Games are defective and are sending them back to be replaced following complaints of rusting, flaking and black spots.

Annalise Murphy’s manager, Finn Murphy, released a statement this week confirming hers is among those being returned for treatment.

The 27-year-old Dublin sailor is a member of Lough Derg Yacht Club, along with her mother, Cathy, and father, Con. Cathy (McAleavey) sailed for Ireland in the Seoul Olympics and Con was race officer at the 2015 Lough Derg regatta and again when the club hosted the World Mirrors Championships in 2014. Annalise's mother has a Shannon One Design that she sails out of the Dromineer-based club.

"Annalise received an email from the OCI giving her the option to send her silver medal back for re-finishing or to hold on to it. She decided to send it back and dropped it into the OCI a couple of weeks ago.

"The medal was looking a bit grubby, but we figured that could be down to people passing it around and even biting it! I think the problem was that some of the medals hadn’t been finished properly at the beginning," said her manager.

In the meantime, Annalise is focused on preparations for the World Championships in the autumn.

"Annalise is back on the water," Mr Murphy said. "She’s training in Dun Laoghaire for the summer and will be going to the World Championships in the Netherlands in October."

The silver medalist was guest of honour at Lough Derg Yacht Club's annual general meeting last November and don't be surprised if she doesn't find time over the coming months to get back sailing on Lough Derg.

The club, the second oldest yacht club in the world, has produced national and international champions in all the dinghy classes  over the years.