Tipperary's most popular baby names have been revealed!

Is your name here? 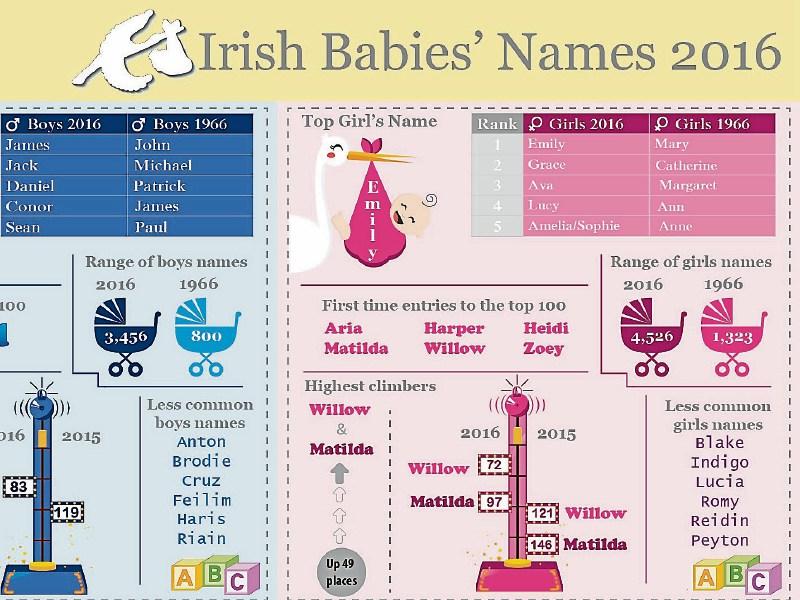 The little boys and girls born in Tipperary in the last year are making their own mark by bucking national trends in baby names!

The most popular names for new babies in the country were released by the Central Statistics Office this morning and show we like to be a little bit different in Tipp!

In Tipperary the most popular boys’ name in the South is Conor and in the north it’s Jack and Michael.

‌Muhammad was the only new entry to the top 100 for boys in 2016.  Muhammad was also the boy’s name rising most in popularity.

There were six first time entrants to the top 100 for girls: Aria, Harper, Heidi, Matilda, Willow and Zoey.