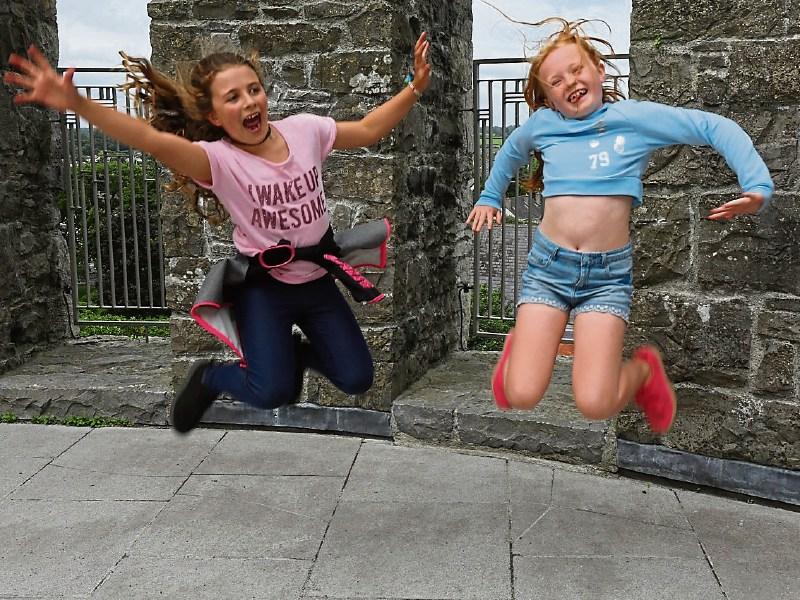 The rain may have stayed away from Glastonbury this year but what rain did fall on Nenagh's inaugural Castlefest last weekend failed to dampen the spirits of artists and music lovers.

To the relief of the organisers, there was no mudbath as the crowds packed into the castle field over Saturday and Sunday to dance to the sounds of Louise Morrissey, Trudi Lawlor, Paddy Cole, Nenagh Mint Jazz Band, with headline acts Mundy and Paddy Casey giving their all in the evening drizzle on Saturday.

Kicking off the main bill on Saturday evening was local songwriter and singer James McGrath, who is now based in London.

Castlefest was billed as a family festival and it did just what it said on the tin, with families coming out on both days to enjoy the event.

“At the end of the day it all came down to the weather,” said Brendan Quinn of the organising committee. “We have got brilliant feedback from everybody. We also got great feedback from the visiting musicians and artists, which is important.”

Cllr Hughie McGrath, who is also on the committee, said that the artists all commeneted on the community atmosphere over the weekend.

The festival committee was “very happy” with the way the weekend went and are already looking to next year's event, with a little bit of tweaking here and there.

“We have already fixed on the last weekend in June as being the Nenagh festival weekend in the calendar of events,” said Cllr Hughie McGrath.

Castlefest is a mix of the People's Picnic / St Patrick's Day committeee and the local Ormond Comhaltas Ceoltoiri branch, who came togther following the town hosting the Munster Fleadh a couple of years back. Many pubs around the town hosted trad nights, while there were tradit music and song workshops in various venues around Nenagh on Saturday.

The festival was opened on Friday night with a concert in Nenagh Arts Centre by renowned Nenagh singer Nora Butler, along with local and visiting musicians and dancers.

“The trad and the music mixed well,” said Brendan.”

The weekend gave a great buzz to the town centre with businesses doing a brisk trade and guesthouses and hotles were full.

“Nenagh is so undersold,” said Brendan. “A few of us just want to push it out there. Lough Derg and Nenagh just be mentioned in the one breath.”

Brendan thanked all those who had sponsored the event, especially the major sponsors in Tipperary County Council, First Data and Abp.

“But massive praise must go to Cllr McGrath for the way he can bring so many different acts together,” said Brendan.

Cllr McGrath said the two committees had worked well together and described Castlefest as a “good joint venture”.