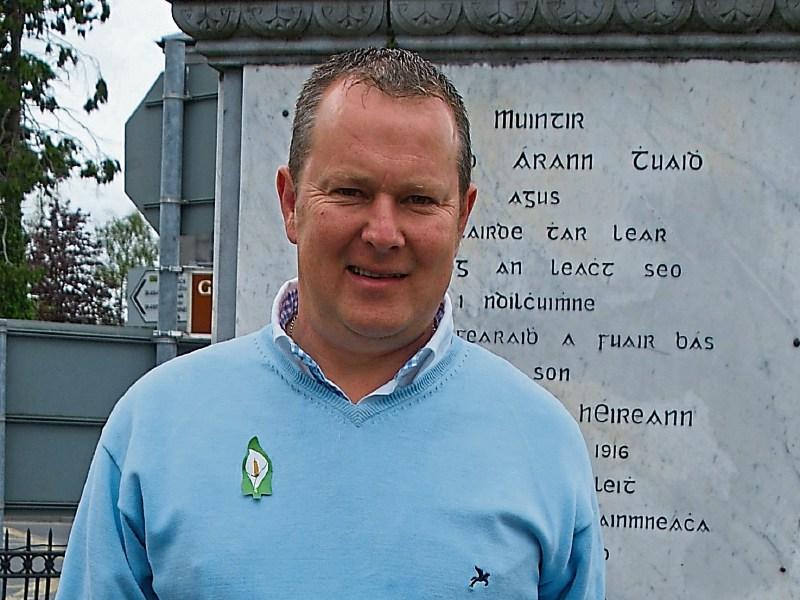 A series of meetings has taken place within Tipperary over the past week to try and iron out difficulties within the party locally.

The party has been divided over a decision last week by its local Comhairle Ceantair to expel Cllr Seamus Morris from its ranks. The party suggested that Cllr Morris be free to join a cumann in any neighbouring county.

At least two meetings have taken place over the past days, with Sinn Fein's head office confirming that the chairperson of its 26 County Directorate spent the day in County Tipperary on Monday meeting members as part of the effort to bring this matter to a resolution.

In a statement to the Tipperary Star, the party said that further meetings were planned. Meanwhile, a meeting of the Nenagh cumann that had been planned for Monday was called off to allow members meet the representative from HQ.

However, Cllr Seamus Morris went ahead with a meeting of his supporters in Nenagh on Monday and did not attend the party talks.

“The party got a registered letter on Monday signed by three councillors giving them two weeks to deal with the rogue element or we go public,” Cllr Morris told the Tipperary Star.

He said he was now calling on head office to suspend the Tipperary Comhairle Ceantair until the issue had been resolved. The Comhairle Ceantair is basically the entire Tipperary party membership, which would mean the party would have to move against all its members in the county until a solution was found.

He said he had never seen so many supporters at the meeting he called on Monday in Nenagh.

“The support I am getting is remarkable. People from all over the world are supporting me,” he said.

However, the twice-time former Mayor of Nenagh admitted that the local cumann was divided over what was happening to him, with at least one member voting to have him expelled from Sinn Fein. “The local party haven't all been behind me,” he said.

Cllr Morris claimed that those behind the campaign to get him out of Sinn Fein were “destroying the party”.

The Nenagh-based councillor claimed that there was a “ nasty culture in the party who believed in dictating to councillors from darkened rooms”.

He said there was a “group of naysayers in the party who will talk but do nothing”.

In relation to HQ sorting out the issue, he said what would happen was they would come down and then do nothing. He claimed the party had “thrown me under the bus” and “thought I would walk, but they have handled it badly”.

Cllr Morris also claimed that someone handed out leaflets at last weekend's Nenagh Castlefest making allegations about him and his family.

“I have handed these to the Gardai,” he said.

Cllr Morris said that he had been in contact with Sinn Fein's Cllr Paul Hogan from Athlone, who has made allegations of bullying against the party. However, according to Sinn Fein, these were investigated but were not proven.

The issue came to light publically last week when Tipperary SF issued a statement saying that due to the failure or Cllr Morris to engage with them a vote had been taken by the membership to expel him from Tipperary Sinn Féin.