The €15,196.60 proceeds from the show at Hotel Minella last December, organised by the Clonmel Garda District, were handed over to representatives of the two worthy causes at a ceremony in South Tipperary General Hospital last week.

The Garda Inspector in charge of the Garda Band, Pat Kenny and Clonmel-born Garda Band member Siobhan Cahill presented the two cheques for €7,598. 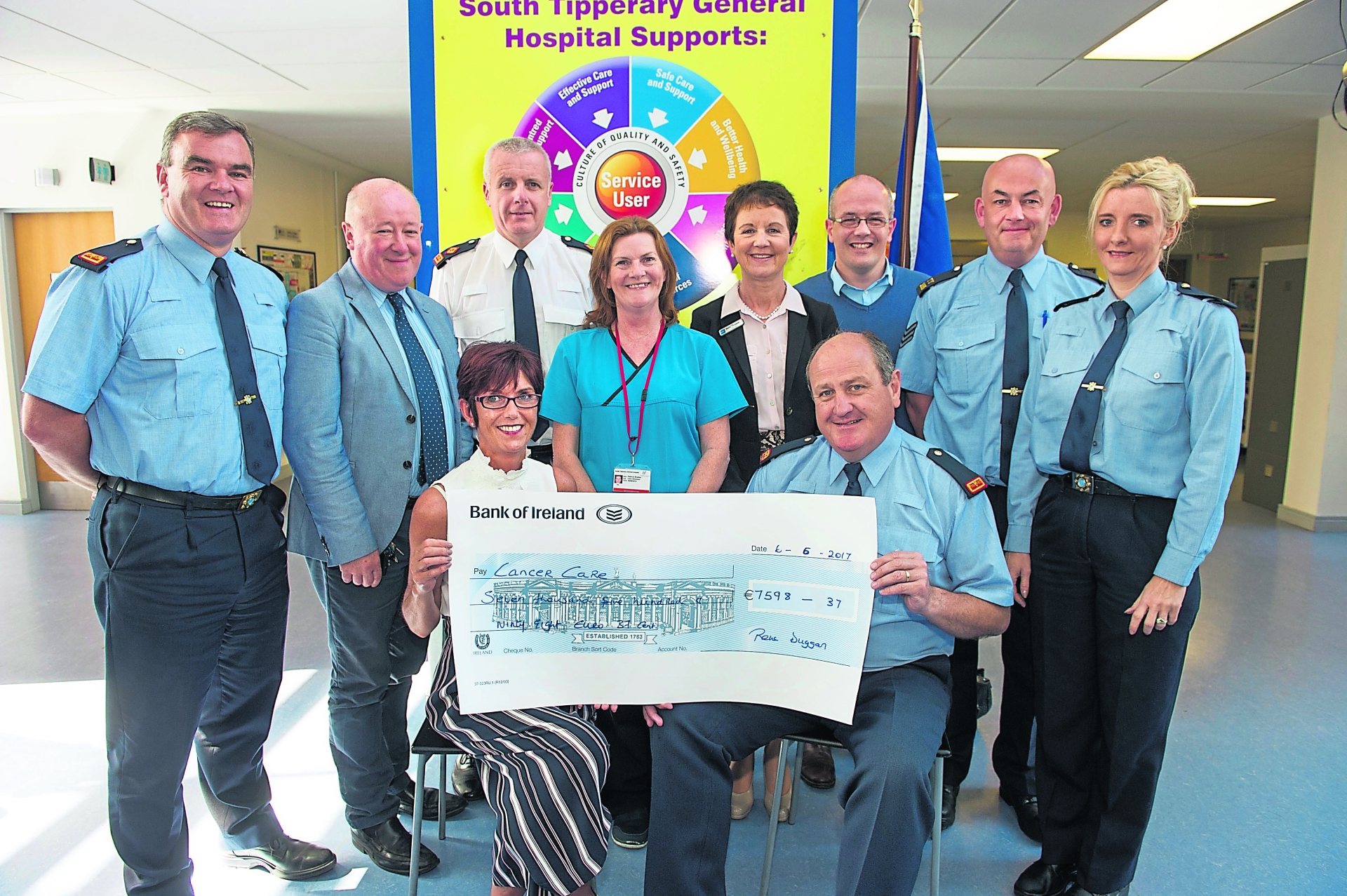 Clonmel Garda Supt. William Leahy said the concert raised an estimated €4000 more than the previous year's show, which meant the two causes received an extra €2000 each.

He thanked all involved in organising the show, and all who supported the event and the two local causes, by either attending or donating funds.

Meanwhile, arrangements are being made for Clonmel Garda District's third annual fundraising concert.

Supt. Leahy said the Garda Band is booked to perform at the show at Hotel Minella on Friday, December 1st. The CARE Cancer Support Centre and a second local charity yet to be named will be the beneficiaries of the proceeds.

"We look forward to the people of Clonmel's support for the concert," he added.