Children's author and her husband trace their Cashel roots 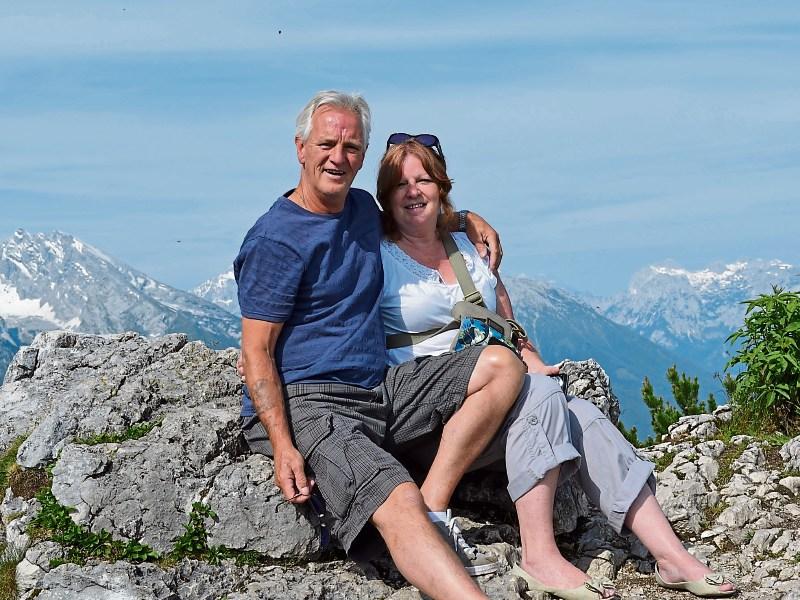 Drogheda-born author Helen Burke and her husband Richard, who live in Gillingham in Kent, have been regular visitors over the years to Cashel and West Tipperary, where several of Richard's family live.

Helen Burke's first book for children, a fairytale entitled 'Billy's search for the Healing well', was published by Olympia of London in February.

Richard's father, Michael Joseph Burke, was born and reared in Cashel. As a young man he enlisted in the British army in Glasgow, where he met and married Nancy Bargon, from Edinburgh, who was also in the Army.

Their son Richard was born in Glasgow in 1954.

A posting to Kuala Lumpur in Malaysia followed shortly afterwards. Tragically, Michael died in an accident on 14th February 1957, aged 27, while serving with his regiment, the Royal Army Ordnance Corps.

Richard was only 2 years old at the time. He and Helen have since made an emotional visit to Michael's grave, which is among the war graves in the Christian Cemetery in Kuala Lumpur.

Anxious to keep in contact with his roots, Richard traced his family in Tipperary many years after his father's death.

The Burkes visited Cashel for the first time in 1979 with their two sons. Richard's widowed grandmother, Kate Burke, who has since passed away, was delighted to meet them.

At the time she was living in Ard Mhuire in Cashel with Richard's aunt Eileen, her husband Michael Keating and their family.

During that first visit Richard also met his uncle, Billy Burke (who has since died), who lived in Templemore, where he was the local postman for many years.

His cousin Mary McCarthy lives in the family home in Ard Mhuire in Cashel with her family. His cousin Michael Keating, and wife Ellen, live on the Dualla  Road in the town.

Richard's other relations include Kathleen Gleeson, Dolores Prendergast and Alan Keating, who also live in Cashel with their families, while Liam Keating and family live in Rosegreen.

Richard took early retirement in 2011 and two years later he and Helen - who had worked as a part-time administration assistant for her local adult education authority before taking a career break - bought a motorhome and travelled around Europe and Morocco. They say they would have continued with the trip had it not been for "the terrible guilt of not seeing our grandchildren".

During the trip Helen completed her book 'Billy's Search for the Healing Well', a story for 8 to 12 year-olds, which had laid dormant on her laptop for five years. On their return to England she was delighted to discover that Olympia publishers of London were interested in publishing the book.

Richard has since returned to work as contracts manager for Transport for London.

Although born in Drogheda, Helen has lived in England since she was 2 years old.

She says she spent most of her school holidays in Ireland, and as a child she always had her head stuck in some adventure book or other.

"My book 'Billy's search for the healing Well' was inspired by my Irish roots, as well as all my favourites authors like Enid Blyton, Anna Sewell and Mark Twain", says Helen.