One man banned from Tipperary Town for five years 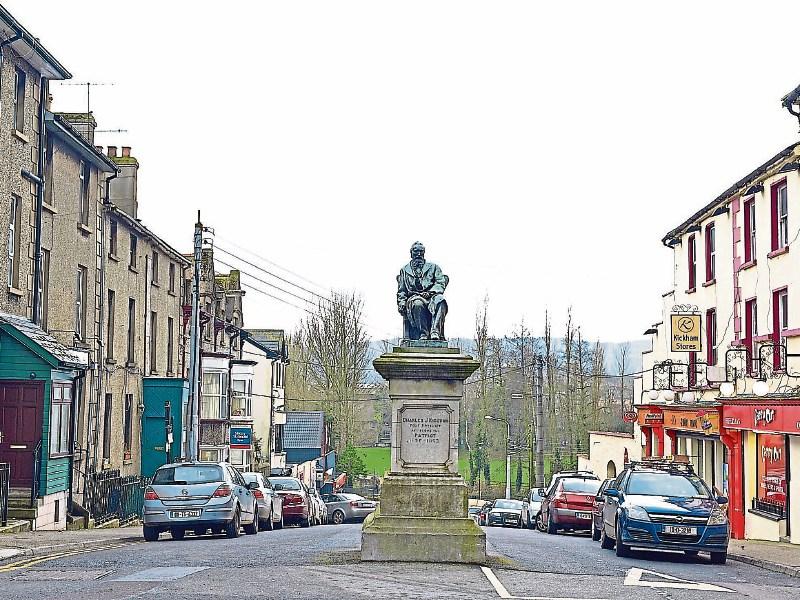 One man has been banned from Tipperary Town for five years following a court case.

Two Tipperary Town men received prison sentences at Clonmel Circuit Court last week for beating a man they brought off in a car for over two hours to force him to give them money as repayment of a debt they claimed he owed them.

Judge Seán Ó'Donnabháin sentenced Wayne Roche, aged 34, of Lisaroon, Ballycahill, Thurles but now living in Athlone to three years imprisonment of which two and a half years was suspended for assaulting and harming Ailbe Lonergan at Laffina, Kilfeacle on July 22 last year.

The judge also banned him from visiting Tipperary Town for five years and directed that he could apply to the Garda sergeant in Tipperary to visit the town only in the case of a "catastrophic" event in his family, who live there.

Both defendants pleaded guilty to the offence, which Judge Ó'Donnabháin condemned as an "outrageous" incident involving the merciless beating of Mr Lonergan with implements.

Gda. John Hennessy gave evidence that Mr Lonergan left a hairdressers in Tipperary Town and was walking to the Paddy Power bookmakers on Main Street between 2pm and 2.15pm on July 22 last year when Wayne and Maurice Roche pulled up in a Volkswagen Passat with tinted windows.

Maurice Roche pulled down the window and told him to jump in. Wayne Roche told him he needed the money today.

Mr Lonergan was in fear and asked them would they take €1000. He phoned family members and friends looking for money and unfortunately was unable to come up with the money.

Mr Lonergan was taken to a wooded area he believed to be near Kilfeacle and was taken from the car by the Roches. Wayne Roche beat him with what he believed was a long pipe or stick and Maurice Roche used a shorter baton.

Prosecuting barrister Cephas Power said Mr Lonergan received a belt to the back of his legs and fell to the ground and he was struck in the back and legs.

He pleaded with the two men not to hit him and said he just wanted to get home to his six month old child.

He told them he would try to get the money from somebody. He was told to clean himself off and get back in the car.

After the assault, Maurice Roche was dropped home but Mr Lonergan was kept in the car with Wayne Roche for some further period of time during which he was brought to various places to raise the sum of cash.

Gda. Hennessy said the incident took place between 2.15pm and 4.45pm and Mr Lonergan was kept in the car until the defendant was satisfied of getting money. Several hundred euros was handed over to them.

The garda explained that two years before this incident, Mr Lonergan incurred an alleged "drugs debt" in relation to a package that was brought to his residence.

Mr Lonergan said he didn't want anything to do with the package and left it at a location for it to be picked up. The defendants stated they never received the package back and that Mr Lonergan owed them €6000. Gda. Hennessy pointed out it was known at the time that Mr Lonergan had received personal claim funds for a similar sum of money.

Gda. Hennessy read Mr Lonergan's Victim Impact Statement to the court. The statement outlined that he suffered injuries to his ribs, arms, back and legs.

Mr Roche said he found it very difficult to sleep after the incident. The intimidation went on over two and a half years and it left him afraid to go into Tipperary Town.

His partner and children live in Tipperary and this situation had affected his relationship with them and affected their safety. He no longer went anywhere with his children in case something happened. He rarely went out socially.

His relationship broke up at one stage but they were now back together he was hopeful they could put these past few years behind them.

Mr Lonergan said he didn't want anything to do with Maurice or Wayne Roche.

He just wanted to live a normal life without having to look over his shoulder. He asked the judge to make an order to keep the two men away from him.

Maurice Roche made no admissions to gardai when arrested in relation to the incident while Wayne Roche remained silent and wouldn't answer any questions when he was interviewed by gardai.

Written apologies from both defendants were read to the court and they both gave undertakings not to have any contact with Mr Lonergan.

In his letter, Maurice Roche apologised to Mr Lonergan for any injury he caused to him and promised that he and his family had nothing to fear from him in the future.

Senior Counsel Colman Cody, representing Maurice Roche, pointed out that Wayne Roche played a "more leading role" in this incident from the time Mr Lonergan got into the car until he was released.

After the assault, Maurice Roche was dropped off at his own home. Mr Lonergan remained in the car with Wayne Roche for some period of time.

He requested the court to impose a sentence that was proportionate to his client's role in the incident.

He pointed out that when Maurice Roche became aware the gardai were looking for him, he presented himself at the Garda Station.

While his client denied the allegations, he was at all times co-operative and subsequently pleaded guilty and accepted he allowed himself to become involved in this incident.

Mr Cody said his client obtained employment after being released from custody last December. He hadn't brought any compensation money to court but was in a position to set aside between €100 and €120 a week.

Senior Counsel Delia Flynn, representing Wayne Roche, said her client's letter to Mr Lonergan stated that he sincerely apologised for the hurt he caused the victim.

He understood his actions were wrong and selfish; there was no excuse for them and he took full responsibility for them. Ms Flynn said her client was offering €900 compensation to Mr Lonergan.

She pointed out that while her client's parents reside in Tipperary Town, he lived in Athlone and was married with five daughters.

He had literacy problems and one of his daughters had health problems that required her to attend hospital once a month. Her client was instrumental in monitoring her condition.

In relation to Maurice Roche's offer to save compensation weekly for Mr Lonergan, Judge Ó'Donnabháin said he was conscious that pulling and dragging over money is what resulted in this case. "If this fellow wanted to make an offer, he should have come with one today," he noted.

As he sentenced both men, Judge Ó'Donnabháin said it was an "outrageous" incident. These two men had driven around the victim and attacked and beaten him mercilessly with implements.

These were very deliberate acts, which along with the implements used, the length of time of the incident and the nature of the beating were all aggravating factors that put this crime, in his view, at the higher end of the Section 3 assault.

The Judge noted that the defendants plea of guilty was a significant mitigating factor as it saved the victim from having to give evidence in court.

He said there was no doubt that Wayne Roche was the main protagonist and he had to make some distinction in the sentence to reflect this.

He advised Mr Lonergan that if either of the defendants contacted him in the future, he was in absolute control and should contact the gardai and have the case returned to court for appropriate action to be taken.

Dogs used to hunt and kill wild deer in Tipperary