Clonmel man found guilty of driving car at another man

Judge: 'use time in jail to reflect on injuries caused' 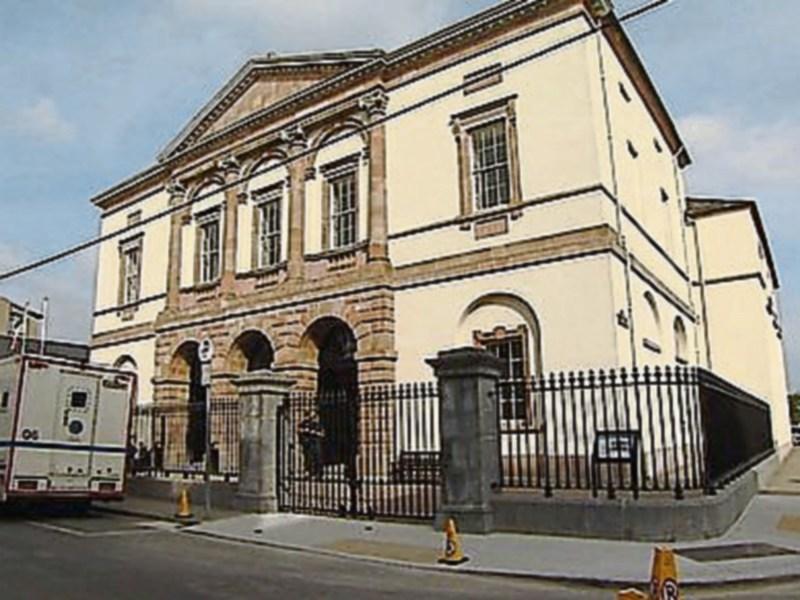 A 32 year-old Clonmel man has been remanded in custody until October after being found guilty by a circuit court jury of assaulting and harming a man by striking him with a car he drove.

Judge Seán Ó'Donnabháin directed the jury to enter not guilty verdicts in relation to two other charges of producing a baseball bat and reckless endangerment at the same date and location.

Lynch, who was extradited from Australia in February, contested all the charges against him but at the sentencing hearing last Wednesday, he told Judge Ó'Donnabháin he was sorry for what happened and he accepted the jury's verdict.

At the sentencing hearing, Gda. Mark Cullinane recounted that he received a report on August 29, 2013 about a man having been knocked down by a vehicle in the Irishtown area of Clonmel.

He met with the injured man, Éimhin McGrath, before he was brought off to South Tipperary General Hospital. He was in a lot of pain at the time. He suffered a broken ankle on his right leg and spent four nights in hospital and was in a cast for nine weeks.

Mr McGrath gave a statement to him in relation to the incident and identified Jonathan Lynch as the man who hit him with his car causing the injuries he suffered.

Gda. Cullinane said he first set out to arrest Lynch on suspicion of assault causing harm in September, 2013. Between September and November, he called to between 7 and 10 addresses on numerous occasions looking for him, including a house at Abbey Meadows, Clonmel, the address the Department of Social Protection had for Lynch.

He spoke to Lynch's mother by telephone on a number of occasions and asked for a message to be passed onto Mr Lynch. He couldn't find him but he was satisfied Lynch was aware he was looking for him in relation to this incident. He eventually arrested him on April 8, 2014.

Gda. Cullinane outlined when Lynch was arrested, he displayed the “poorest attitude” he had witnessed in his ten years of service.

“He was unco-operative in the extreme. Not only did he not answer questions, he was pulling faces. He was interviewed twice on camera. He didn’t acknowledge the gardai.”

He said Lynch laughed at the gardai when he was being interviewed and turned away when he presented CCTV footage of the incident to him.

Gda. Cullinane added that when he was taking Lynch’s finger prints, the defendant turned to him and said:”You are a garda from Ballincollig.” He hadn’t known Lynch before this investigation.

When Lynch was extradited back to Ireland, he arrested him at Dublin Airport at 6.45am on February 9 and brought him to Clonmel Garda Station where he was charged. Lynch made no reply to the first two charges proferred against him and when the third charge was put to him, his reply was “cocksucker”.

Lynch had 12 previous convictions, which included traffic and public order offences and the unauthorised possession of firearms.

Éimhín McGrath described the assault’s huge impact on him and his family in his Victim Impact Statement that Gda. Cullinane read to the court.

Mr McGrath said when Lynch left the country, it caused him extreme stress because he thought he would never get justice for what happened him. Physically, he suffered from chronic ankle pain.

He couldn’t walk for more than 20 minutes without stopping and his ankle swelled. He was no longer able to use a treadmill due to the pain he suffered. He also suffered back pain and headaches.

Mr McGrath outlined that he suffered from panic attacks and anxiety as a result of the attack. He had great problems with sleeping and his sleep was broken every night. Prior to this incident, he had been at the point of returning to work following illness. Unfortunately since the assault, he had been unable to return to work and his hopes of returning to work were a long way off.

He said he used to love playing football and hurling and even fishing with his son was a pastime he now found difficult to enjoy because of his injury. He thanked Gda Cullinane and the other gardai involved in investigating the case for their kindness and support over the last few years.

Defence counsel John O’Kelly SC told the court his client was “freely available” in Clonmel during the months Gda Cullinane was searching for him after the incident. He appeared twice before a local district court in October, 2013. His client’s mother informed Gda. Cullinane that the Abbey Meadows house was for sale.

Gda. Cullinane responded that he spoke by telephone to Lynch's mother, who was living in Dublin, and asked her to pass on a message to her son. Det. Gda. Bergin also called to Lynch's father in Clonmel. When Lynch was arrested he gave the Abbey Meadows house as his address. When he challenged Lynch about this address, he gave him another address.

Mr O'Kelly said his client's father was a solicitor and mother a clinical psychologist while his siblings were all usefully occupied and hard working. His parents separation when he was 11 years-old seemed to have a "very negative impact" on him. His client did a plumbing apprenticeship in his early 20s but was made redundant from the Limerick firm he was working with when the recession hit. This happened before he secured his final qualification. He seemed to lose direction in his life after this.

When he moved to Australia in 2014, he got a job with a construction firm and for the first time in his life started working hard and making something of himself. He was promoted to foreman. At the time he was arrested, he was in charge of 20 men and working six days a week. Mr O'Kelly handed in a reference from the firm he worked for in Australia to the court.

Niall Lenihan told the court his nephew, Jonathan Lynch, stayed with his family when he first arrived in Sydney in June 2014. When he got the job, he knuckled down and embraced his new life. He secured a number of promotions and the firm applied for a working visa for him that enabled him to extend his visa to stay in Australia and facilitated his application for permanent residency. His nephew was welcomed with open arms at all their family occasions and he had a great way with his grandchildren, who loved him.

"The Jonathan I see now compared to the one I saw three to four years ago has come on leaps and bounds. He has a work ethic; the experience of going to Australia, getting a job, having a purpose in life has worked well for him."

Judge Ó'Donnabháin asked Mr Lenihan if the defendant ever mentioned the carpark incident while in Australia? Mr Lenihan replied that they weren't aware of any incident when he arrived in Australia in 2014, though they were aware of incidents in the past. It came as a total surprise to them in December last year.

Mr O'Kelly handed to the court two reference in relation to his client's work in property management, maintenance and renovation since returning to Ireland in February. He said his family was solid in their support for him.

His client offered €5000 immediately to Mr McGrath in compensation and proposed over time to raise more money through his family, which he would have to pay back.

Prosecuting barrister Cephas Power said his instructions were that Mr McGrath said "no" to the offer.

In the witness box, Jonathan Lynch told the court he was sorry for what happened and he accepted the verdict.

Referring to the incident, Judge Ó'Donnabháin asked him what he thought happened? Lynch reiterated that he accepted the jury’s verdict.

"That is not the question," the Judge pointed out. Lynch said: "He was struck by a car I was driving."

Judge Ó'Donnabháin responded: "If we have to pull it out of him, it's too late. He had his chance. I am not allowing him out on bail and I will adjourn the matter until October 6."

He directed that Lynch undergo urine analysis testing while in custody and sought the production of a Probation Service Report on him.

The Judge urged Lynch to use his time in custody positively to come to an understanding of the damage he had caused.

"I would ask him to reflect on the injuries he did to Mr McGrath, who was then and still is vulnerable and didn't need to be driven into by this man's car.

“There is a great danger in all of this that the victim is being lost sight of but I won't lose sight of it," he declared.