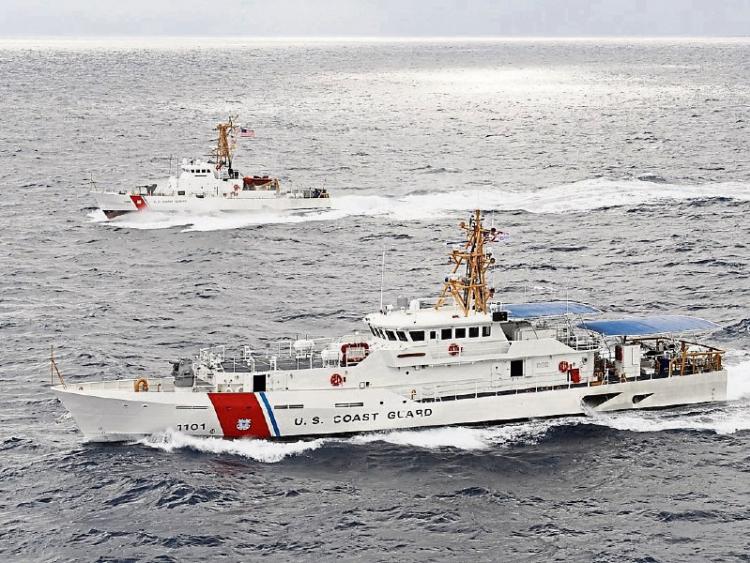 US Coast Guard was involved in the rescue

The death of an 8 year-old boy from Clonmel in a boating tragedy in Boston shocked communities on both sides of the Atlantic, this weekend.

Harry O’Connor was on a boating trip with his family when the vessel capsized. The little boy was rescued from the water and airlifted to hospital but he later died of his injuries.

Harry lived in Sudbury, Boston, with his parents Paudie O'Connor and Laura Lenehan and siblings Ellen, Charlie and Joe. The family are from Poulnaganogue, Clonmel. He was a student at Nixon Elementary School.

In Clonmel Harry attended Gaelscoil Cluain Meala and had been in the Montessori class at Clonmel Childcare.

Harry is mourned by grandparents Pat and Marie O’Connor, Margaret and the late Johnny Lenehan, aunts, uncles, his cousins and a large circle of friends and neighbours.

The little boy was part of a family outing on a motorboat on the Cape Cod Canal, last Wednesday afternoon, when it capsized. 12 people were thrown into the water. A rescue operation sprung into action and most of those in the boat were quickly pulled from the water, however Harry was trapped under the capsized boat for about 20 minutes. He was airlifted to  Boston Children’s Hospital, where he sadly passed away yesterday (Sunday).

Paying tribute to the little boy, a spokesperson for St Mary's Hurling Club in Clonmel said: "The extreme tragedy befallen on the O'Connor family in America of little Harry has shaken the entire community. Prior to moving to the United States, the O'Connors were regular visitors to our club grounds and valued members of the community with Harry's siblings involved in our teams. Our sincere and heartfelt sympathies go the family and this extremely sad news. Ar dheis Dé go raibh a anam."

Reposing at the home of John and Barbara Lenehan, Downstown, Duleek, Co. Meath on Wednesday afternoon from 3pm to 8pm. Removal on Thursday morning to St. Cianan's Church for Requiem Mass on arrival at 11am and thereafter to Holy Cross Cemetery. No flowers please. Donations, if desired, to Crumlin Childrens Hospital.