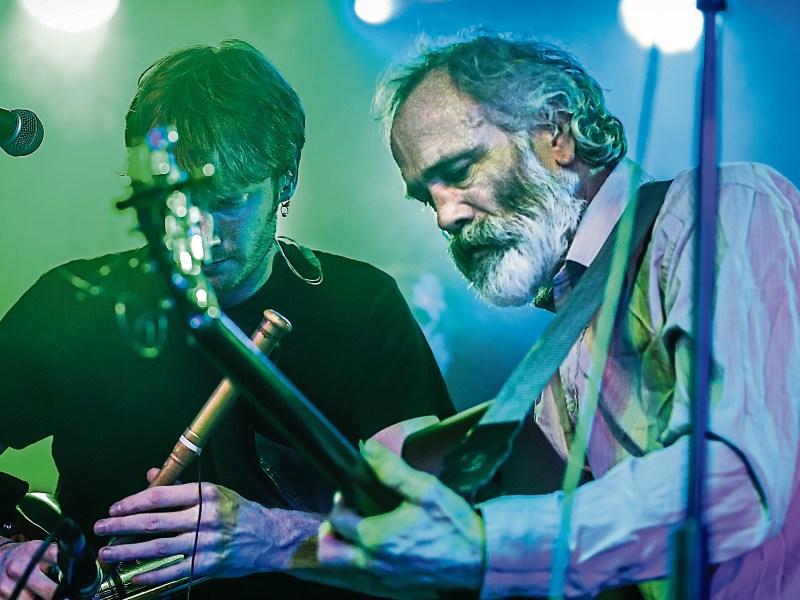 One of Ireland's most successful bands, Kila, has been lined up as this year's headline act for Terryglass Arts Festival, which kicks off on August 16.

Described by the BBC World Review as “one of the most beautifully euphoric live experiences”, Kila will perform in Terryglass Church on Friday, August 18.

Famed for their energetic performances, Kíla has played in over 30 countries at notable festivals including the Montreux Jazz Festival, Glastonbury and The Electric Picnic.

The band has also had the privilege of playing at the Special Olympics Opening Ceremony and at Possibilities, the event that welcomed the Dalai Lama to Ireland.

Formed at school in Dublin's late 1980s, Kíla’s unique and ever evolving sound, while rooted in tradition, is inspired by a myriad of influences from all around the world. Sometimes described as contemporary Irish world music, Kíla fuse Gaelic lyrics and traditional Irish folk instruments woodwinds with djembe, congas, drums, mandolins, brass, bass, acoustic and electric guitars.

Kíla's eight members come from the differing musical backgrounds of traditional, classical and rock. The result is always a fresh blend of freewheeling instrumentals, furious jigs, and primal rhythms that transcend the traditional boundaries of Irish music.

“Kíla has made headlines all over the world for their endless energy and passion, attracting praise from world leaders including the Mayor of London, Sadiq Kkan. I know that Terryglass audiences will enjoy a wonderful evening of exhilarating music and we are very much looking forward to welcoming Kíla to our village,” said Ms. Pearce.

The concert starts at 8.30pm. Tickets, €25, are available at www.terryglassartsfestival.ie

Meanwhile, the festival celebrates its 19th year with over 100 offerings from the world of film, music, literature, theatre, visual arts, street arts, cruises with a difference, historic walks and an extensive workshop programme.

Among those taking part is artist Jenny Fox, the first ever artist-in-residence for the festival.

Born in Canada and brought up in Mayo, Jenny lives and works in Cloughjordan.

She will create an installation entitled The Places In Between, based on two interlinked areas an exhibition, containing finished paintings; and a re-creation of her studio – which she calls the “engine room for my work”.

“My studio contains all you might expect: paintings at various stages, my notes, sketch pads - the blueprints for all my work - photographs, writing on the wall, collected objects of interest, hand cream and other bits and bobs. As I will be in-situ, throughout the festival, audiences will be welcome to come in, look through my sketchpads and ask me questions about my work,” said Jenny.

Tipperary-based Lynn Kirkham will host two drop-in workshops on Augsut 18 and 19 to create artworks based on plant life. Plants, flowers and fluorescent paint will be installed on to large-scale canvases to create beautiful nature images that will be lit with back lights at night throughout the village for a magical effect.