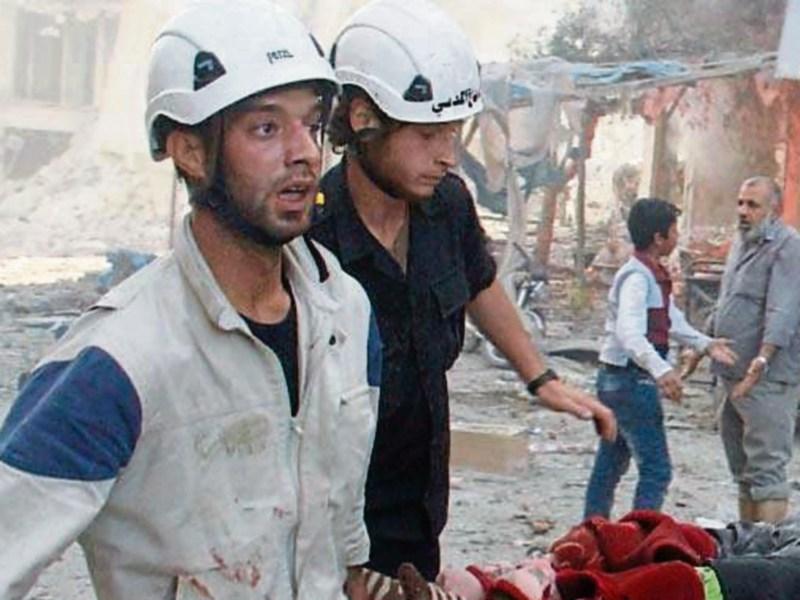 The Syria Civil Defence White Helmets are to receive the 2016 Tipperary (Ireland) International Peace Award. The announcement was made today by Tipperary Peace Convention through its Hon. Secretary, Mr. Martin Quinn.

Today’s announcement will focus international attention on the Syrian crisis and supports those who are risking their lives to save others. The White Helmets’ selection is a testament to the enormous bravery and courage shown by these ordinary Syrians who have saved upwards on 100,000 people, and the 192 volunteers who have paid the ultimate price with their lives.

SCD's stated mission is "to save the greatest number of lives in the shortest possible time and to minimize further injury to people and damage to property. The bulk of their activity in Syria consists of urban search and rescue in response to bombing, medical evacuation, evacuation of civilians from danger areas, and essential service delivery.

Responding to the news of their selection, a spokesperson for the White Helmets said “We are very happy to receive this peace prize because it means that there are still people around the world who support our mission to protect lives, and that the voices for peace are much stronger than the voices for war with guns and bombs. On receiving this award it will really motivate all our volunteers to work harder and to continue the work with greater determination, as we have saved 100,000 people from under the rubble”.

Those who do not die, but are hurt and hidden and incapacitated by rubble, will be reached by their neighbours, men clad in the jumpsuit of the first responder and protected by headgear that has already grown iconic - The White Helmets.

SCD is officially an impartial humanitarian NGO, with no affiliation to any political or military actor and a commitment to render services to anyone in need and has verifiable international funding through the reputable Mayday Rescue Org., under the stewardship of James Le Mesurier.

The Tipperary International Peace Award will be presented to the White Helmets at a ceremony in Tipperary next month.