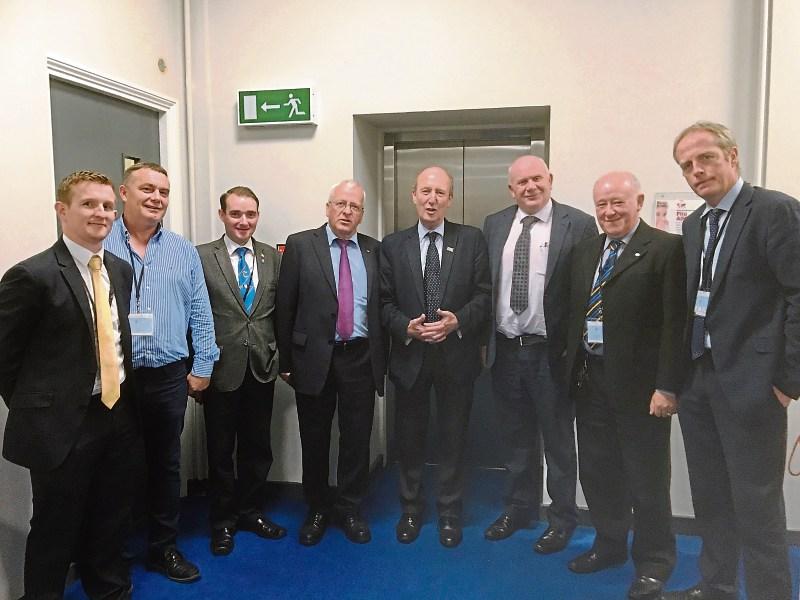 The Minister for Transport Shane Ross has been asked to appoint an arbitrator in an attempt to get over an impasse that is holding up repair work on Ardfinnan Bridge.

The bridge was damaged by flooding over two years ago and there is considerable opposition in the village to the one way system which has been in place.

On Monday Deputy Mattie Mcgrath, who arranged a deputation comprised of public representatives and community council members, with Minister Ross said the impasse had to be overcome.

At the meeting he asked Minister Ross to appoint an arbitrator to help resolve the crisis.

The deputation was told by Department officials that the County Council had submitted documentation outlining the cost of either a stand alone pedestrian bridge or a pedestrian bridge attached to the existing bridge structure which could cost up to €1.2million.

Minister Ross categorically ruled out allocating further money to the project for such a structure. He asked again why the €800,000 he allocated to the County Council for repair work on the bridge had not been spent.

“Minister Ross refused to allocate any further monies because the County Council has not used the money he already allocated and he is very frustrated by that. He told us that he would consider the arbitrator proposal” said Deputy McGrath.

Deputy McGrath said he was very disappointed that Tipperary County Council did not send a representative to the meeting.

“The County Council was asked to attend. Why would the authority not avail of such an opportunity. It would have been in everybody’s best interests if they did, we have to find a solution to this, the impasse cannot go on” he insisted.