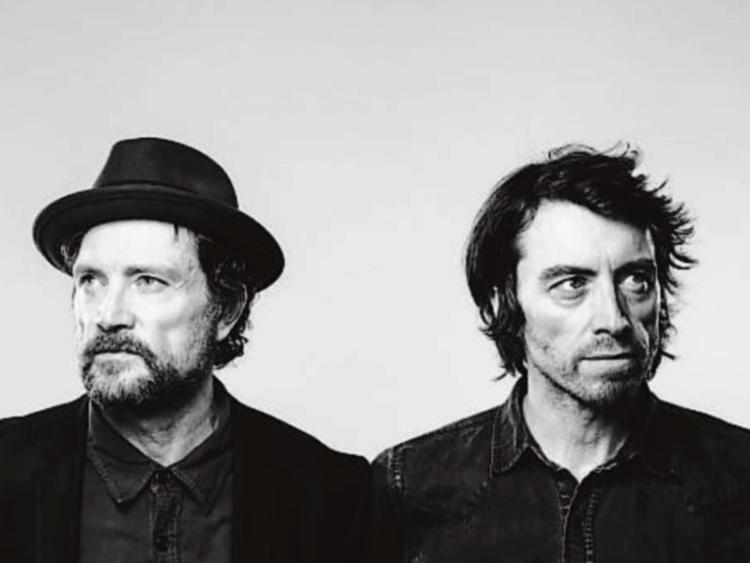 Brothers Steve and Joe Wall will take to the stage for an unmissable gig in Brú Ború as part of the Cashel Arts Festival on Saturday, September 23rd.

Since they exploded onto the Irish music scene in 1990 with their number one album ‘Paradise in the Picturehouse’, the brothers Wall have produced a string of hit singles and albums for both The Stunning and their other incarnation as The Walls.

Musician-turned-actor Steve told the Tipperary Star that now is the right time to re-release The Stunning’s second album, ‘Once Around the World’, which went on to have four Top 10 Singles - Mr. Ginger, Heads Are Gonna Roll, Everything That Rises, and She’s On My Mind.

That influential album contains the rock anthem ‘Brewing Up a Storm’ - still a favourite with rock concert goers the world over. But the album hasn’t been widely available since the record company deleted it around 1993, says Steve. “Since The Stunning only ever had three albums, we were really keen to get it out again. Because we didn’t own the original album, we went and re-recorded it. We’ve left a couple off, because we wanted to add a couple of new songs.” New singles on the record include ‘Brighten Up My Life’, ‘Always You’, and a song Joe wrote called ‘Carrying the Fire’.

‘Brighten Up My Life’ has had a huge reaction on the airwaves with over 800 plays on Irish radio since its release in May. “Today FM alone have played it over 300 times,” says Steve. “It’s phenomenal. It’s a breath of fresh air, and a good old fashioned rock song. People are comparing it to the White Stripes, to Kasabian, to the Arctic Monkeys. It’s a big fat guitar riff, so quite the opposite to much of what’s out there at the moment. I think people miss a bit of good old rock ‘n roll.” Another single called ‘Always You’ is due for release shortly. This is indeed a rare opportunity to hear these songs stripped-down in an intimate setting and to hear the stories that inspired them.

Steve says the music career wasn’t as much a help to the acting as you might expect. “I thought it would be more. I found it to be a very different discipline. Being in a band, you’re surrounded by people and it’s a collaborative affair. When you’re doing a gig, and having an off night, other people can sort of take over. But I found the acting, especially the screen acting: there’s definitely a different kind of focus involved. And it’s quite an intense focus. Even when appearing to be relaxed and natural, you have to have done your homework and know your lines inside out, and researched your part. It’s definitely more of a solo activity.”

Steve is due to play the lead in a Dutch produced film next year, telling the story of the Jazz musician Chesney ‘Chet’ Baker - a tragic figure who died in Amsterdam in 1988 after a downward spiral from the heights of the Jazz age in the 1950s, to the “depths of depravity” and heroin abuse. Baker died after falling from a hotel room in the Dutch capital. Steve beat off stiff competition from leading American actors to play the part.

Steve says he’s looking forward to playing in the more intimate setting of Brú Ború. “For the sit-down gigs, it gives us an opportunity to air more recent material and to talk about the background to the newer songs, and how the songs came about. They’re really special.”

Time: 8pm - 10pm Cost: €20 plus online booking fee of €2. To purchase tickets please go to http://cashelartsfest.com/buy-tickets/ For those of you who prefer to buy tickets in person Brú Ború is now also selling tickets. Phone +353 62 6112