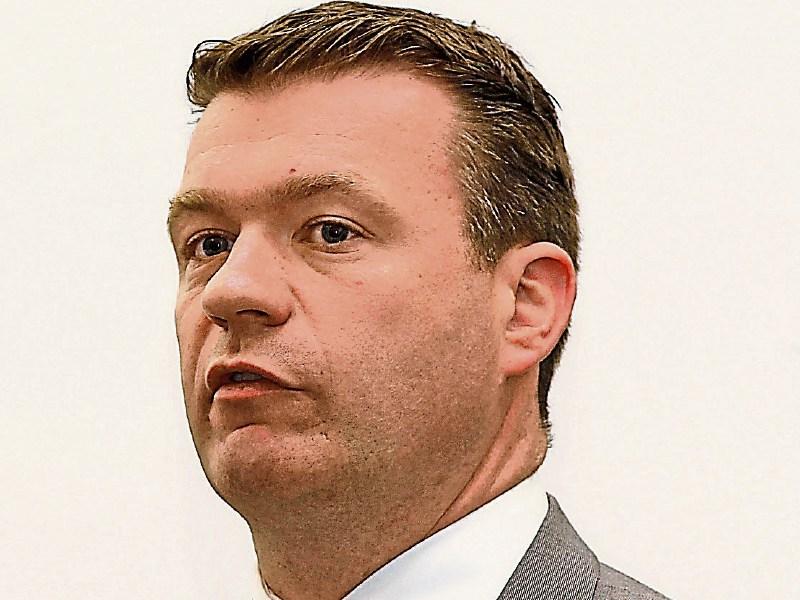 The closure of nine railway stations across Tipperary will not be tolerated by the people of the Premier County, according to Tipperary Labour TD Alan Kelly.

Deputy Kelly, a former Junior Minister for Transport, said that “Minister Ross and this Government need to get the message”.

He was speaking following reports in the national media that Irish Rail plans to axe services on the Ballybrophy to Limerick line and the Tipperary Junction to Waterford route.

The same lines are under threat as part of the National Rail Review, the outcome of which still has to be published.

The latest threat comes from Irish Rail's demand for increased funding to keep functioning at a time when it is facing a pay claim by unions.

“The report that Irish Rail are looking at closing four railway lines, two of them going through Tipperary is nothing new. This has been mooted for many years and something I have fought against,” said Deputy Kelly.

He said that tearing up infrastructure that was critical to Tipperary was not acceptable at a time when, across the world government's were looking at getting goods and the travelling public off roads and on to rail, while here we were looking at closing more railway lines.

“Have we not learnt any lessons from the closure of so many lines in the last century that would be so valuable now?” he asked.

The Tipperary TD also asked how the Government could support such a proposal given it flew in the face of Government policy across a range of areas.

“This would be contrary to the Regional Action Plans for Jobs, the Government's Action Plan for Rural Ireland and indeed commitments the Government have in relation to climate change,” he said.

What needs to happen was proper investment in both the lines. The lines were too slow, had too many crossings and did not have attractive services, with very little offering to commute to Dublin, said Deputy Kelly.

“I am asking the people of Tipperary to fight against these proposals. Having rail lines are very important for inward investment opportunities, so how could this Government say they have any interest in Tipperary if they allow this to go ahead,” he said.

A spokesperson for North Tipperary Rail Community, which has campaigned for better services on the Ballybrophy line for over a decade, said: "The reported losses on Ireland's rural rail services cannot be taken seriously when they appear to double every few months. Nor can Irish Rail credibly complain of inadequate passenger numbers while they continue, in rural areas, to run secret trains from secret stations at secret fares to secret destinations."

The group urged Minister Ross to take a look at the Galashiels line in Scotland, which recently reopened after 50 years of closure and was already full to capacity, despite serving a thinly-populated area.

"The secret: two trains an hour, from 6am to 11pm, rather than a mere two trains a day - and an actively promoted service, with full support from a forward-thinking government," they said.

According to the reports, the lines are being targeted due to the high level of subsidy required per passenger journey.

Irish Rail says it costs €761.60 per passenger journey on the Ballybrophy line, which carried around 24,000 people last year.

However, the rail group asked how this figure was calculated as back in November 2016, it stood at €550.

They also asked how it had been allowed to get that high with no significant investment return at a time when local figures showed that passenger numbers were actually increasing.

“There has never been any evidence of a serious desire from Irish Rail to bring up passenger numbers, no publicity, poor timetabling with few services and no trains on Sunday daytime or bank holidays,” they said.

The company says it could save €10m annually by closing Ballybrophy to Limerick and Limerick Junction to Waterford route.