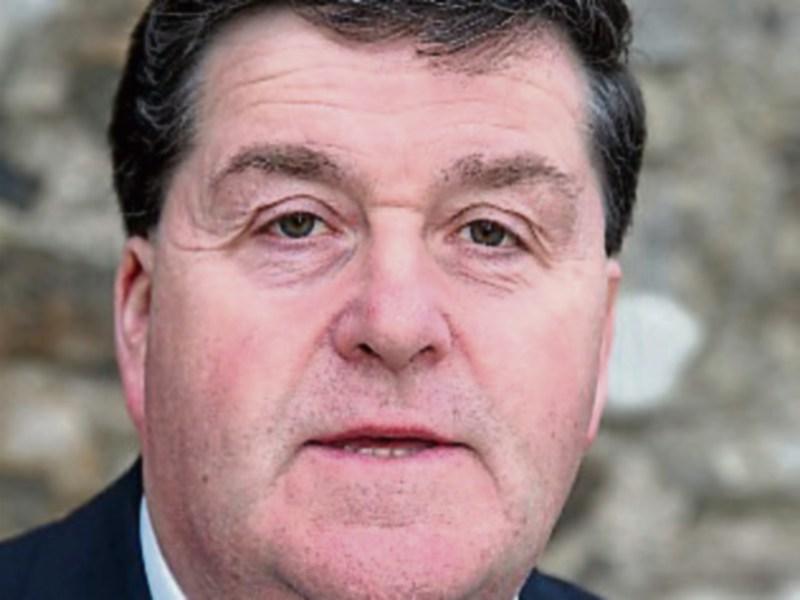 The Cathaoirleach of Nenagh Municipal District Council, Cllr John Carroll, has said that he is still resolutely against any attempt to take water from the River Shannon and pump it to Dublin.

The Fianna Fail councillor was speaking following a meeting between the local MDC and Irish Water on the €1.2bn project which will see up to 330 million litres of water taken from Parteen basin and pumped via a pumping station at Birdhill to a new reservoir outside Dublin.

The plan has attracted opposition from local politicians and landowners.

“The more time goes on, the bigger the connect there is between Irish Water and councillors,” Cllr Carroll told the Tipperary Star.

He was adamant that they have another meeting with the State agency because, he said, they were still only giving the local representatives “hypothetical information”.

Citing the Kennedy Report carried out by Emma Kennedy on behalf of the River Shannon Protection Alliance, he said that everybody had given Irish Water time to redeem themselves on repairs, but 57 per cent of water was still leaking into the ground.

He pointed out that only cities in Mexico had comparable leakage levels and that if Irish Water spent money on repairs instead of the Shannon project, Dublin would have spare capacity.

“The plan just doesn't stand up to a proper cost benefit analysis. It is a waste of public money,” said the Cathaoirleach.

And he accused the five Tipperary TDs of being “complicit” in allowing this to happen by not speaking out against the proposal.

“Irish Water are trying to give the impression that they are bringing infrastructre forward under this plan, but eventually Dublin will be in negative job creation because transport there and housing are a farce,” said Cllr Carroll.

He described the M50 as being at a standstill, highlighting that recent census figures and reports showed that the commute around the capital was getting longer. Reports this Tuesday showed motorists having to leave home up to 30 minutes earlier to be sure of reaching their employment on time.

“This brings social problems. It brings mental health problems and it brings frustration through road rage,” declared Cllr Carroll, pointing out that many people working in Dublin now start their commute from counties such as Kildare.

He said that jobs needed to be created in the regions to sustain local communities and that Dublin and the east coast had no space and no further capacity to expand.

“Creating a new town in west Dublin is only a cosmetic excercise,” he said. “Why not do that for industry and create it outside Dublin?” he asked.

At the meeting over the summer with Irish Water, Cllr Carroll again reiterated that the original figures used to justify taking water from Parteen to Dublin were based on Celtic Tiger projections that were now unlikely to be reached.

Meanwhile, Irish Water, in a statement to the Tipperary Star on where the project now stands, said that recording, responding and analysing consultation submissions was underway and it was anticipated that a report on this consultation will be published in the coming months.

Many submissions contained requests for minor pipeline re-routes and these were all being fully considered before responding.

In some instances ecological surveys and fieldwork investigations were necessary before a definitive response can be provided.

“We are in constant contact with affected landowners through our dedicated landowner liaison officers and this will continue as the project evolves,” they said.

Irish Water said that they were also undertaking many activities and surveys necessary for the preparation of an Environmental Impact Assessment Report (EIAR) which will accompany the planning application to An Bord Pleanála, currently planned for the first half of 2018.