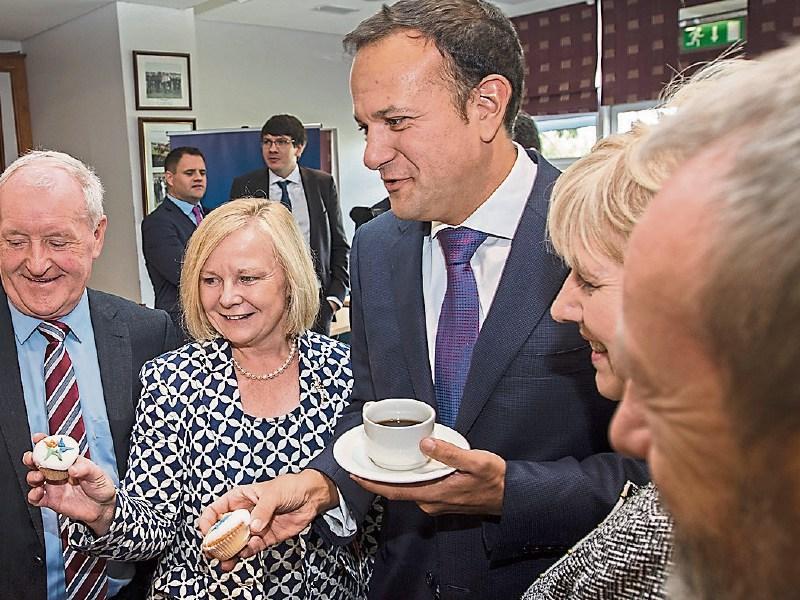 Tipperary may have been excluded from the Fine Gael parliamentary party bubble activity in Clonmel but at least one local was made very welcome.

The Fine Gael parliamentary party think-in,now in its second day at Hotel Minella, had no Tipperary input  due to the failure of the party in the 2016 general election but one local,Bobo the resident golden doodle at Hotel Minella, proved to be a big hit among the FG hierarchy.

Taoseach Leo Varadkar and  company took a shine to Bobo during their  two day stay  with hosts John and Elizabeth Nallen  and their staff pulling out all the stops to ensure the needs of the parliamentary party members and their handlers  and media were all looked after. 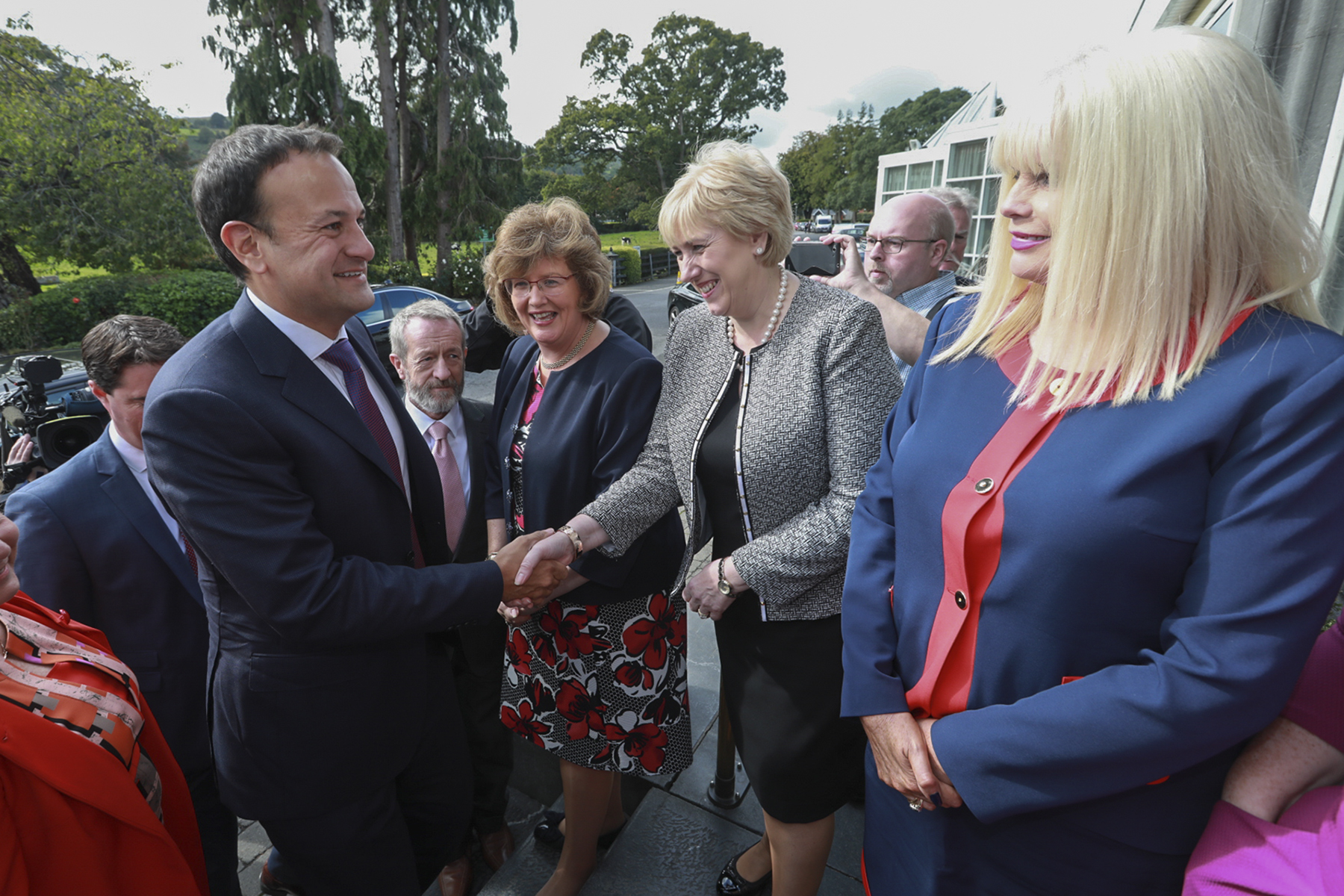 Friday morning is a closed session  for the parliamentary party members  and Taoiseach Leo Varadkar will give a press conference at 2.30 at Hotel Minella to wind up the two day think in. 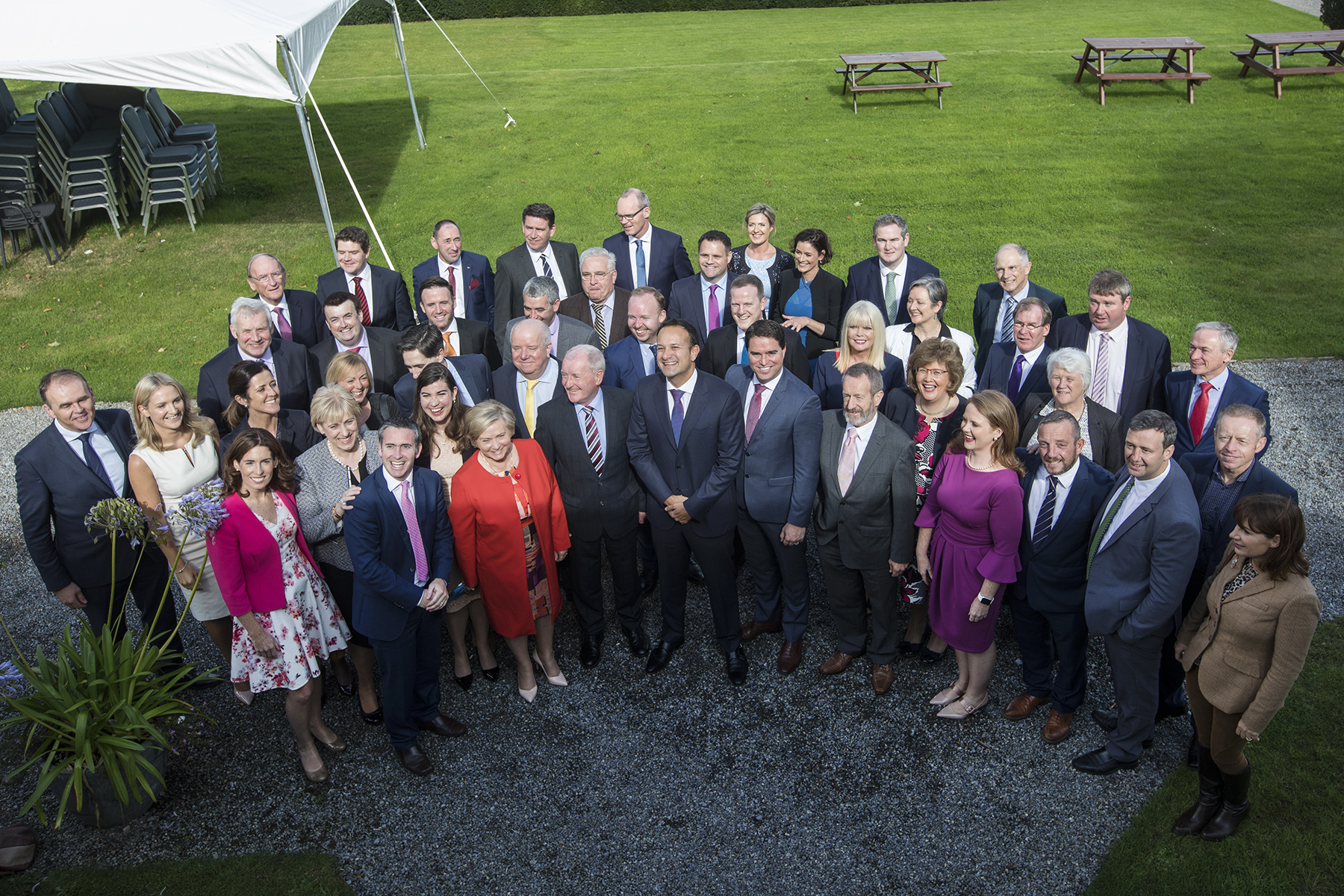 What goes on around the fringes of the think in is of more interest locally.Justice and Equality Minister Charlie Flanagan  will visit the Kickham Barracks in Clonmel this afternoon to inspect the site where the new g arda station for Clonmel will be located while Health Minster Simon Harris will visit St.Thereasa’s Hospital in Clogheen and meet Circle of Friends representatives in Tipperary town before meeting South Tipperary General  Hospital consultants  and Oireachtas members.

Later this evening at The Ragg Taoiseach Leo Varadkar  will oversee the Fine Gael declaration convention when the seven remaining candidates in the race for the FG nomination will make their pitch to get on the ticket.