Will a Tipperary student win a fortune on Winning Streak? 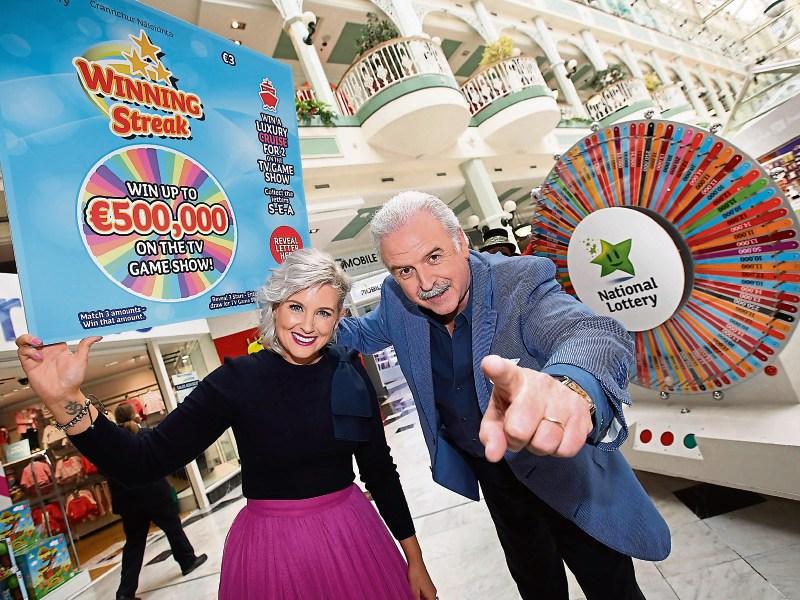 Winning Streak is back this weekend

Tipperary student Diarmuid Ryan will be among the participants on the first episode of a new series of WInning Streak!

Europe’s longest-running gameshow, Winning Streak returns to living rooms all over Ireland this Saturday evening (23rd September) at 8:15pm on RTÉ One.  Show presenters Marty Whelan and Sinead Kennedy are back as Winning Streak celebrates its 29th series.

Five players are ready to compete to win cash, cars and luxury holidays, with one getting the once-in-a-lifetime chance to spin the Grand Prize Wheel. Among the five players chosen to participate in the first episode of this series is Diarmuid Ryan from Roscrea, Co. Tipperary

Diarmuid (19) lives at home in Roscrea with his parents John and Joan. He is the youngest of four siblings with two sisters and one brother. Diarmuid has recently started college, studying dairy business at University College Dublin (UCD). He hopes to work on the family farm when he finishes college.

Diarmuid has his sister, Mairead to thank for his appearance on Winning Streak. She gifted him the lucky Winning Streak ticket to celebrate his leaving cert results which he collected in August. Sensibly, Diarmuid plans to use his Winning Streak prize to pay for college while he also plans to treat his family with his winnings. He will be supported by a large group of family and friends who have hired a big bus to bring them all the way from Roscrea in Co. Tipperary on Saturday evening.

The popular gameshow first appeared on our screens way back in September 1990 and since then a massive 5,840 people have taken part, winning in excess of €165 million in prizes. Almost €2.5 million alone was won in prizes on the past season of Winning Streak.

The new season will see the return of player’s favourite games including; Fantastic Five, High Low Share, Wheel Reveal and the Grand Prize Wheel, giving five lucky players on each show the opportunity to win prizes of cash, cars and holidays. And of course the show will also Feature the iconic spinning wheel giving a lucky player a chance to win up to €500,000.

In addition a lucky stub player will be drawn as the winner of a Luxury Cruise for two valued at €5,000 on each week of the show.

Winning Streak Scratch Cards are on sale in over 5,000 National Lottery agent stores nationwide priced at €3. They now have better chances of winning a prize. An amazing 1 in 1.86 tickets have a cash or 3-star prize. A 3-star prize gives players the opportunity to enter a draw to appear on the gameshow and win up to €500,000 on the grand prize wheel.

To enter the draw for the Luxury Cruise for two, players must collect the 3 letters S-E-A from the stub portion of their Winning Streak scratch card and send those into the National Lottery in the special grey stub envelope, also available at National Lottery retail sales agents

The five lucky players that will go forward to play the first show of the new series of Winning Streak on Saturday 23rd September are: