The’ For Sale’ signs were erected today outside the iconic sports bar Gerry Chawkes in Clonmel  marking the end of an era after almost five decades behind the bar for renowned publican Gerry and his wife Anne Carew Chawke.

A who's who of sporting and political life have called to visit Chawke's over the years.Pictuured below are  sporting legends  the late John Doyle and Mick O' Dwyer , both with eight All-Ireland medals, sitting in the two seats from the old Cusack Stand in Croke Park that takes pride of place in the pub.

The then Taoiseach Charlie Haughey was given a presentation by Gerry  accompanied by John Doyle, Bernard Peter, Sean Byrne TD and barman Dick Carroll. 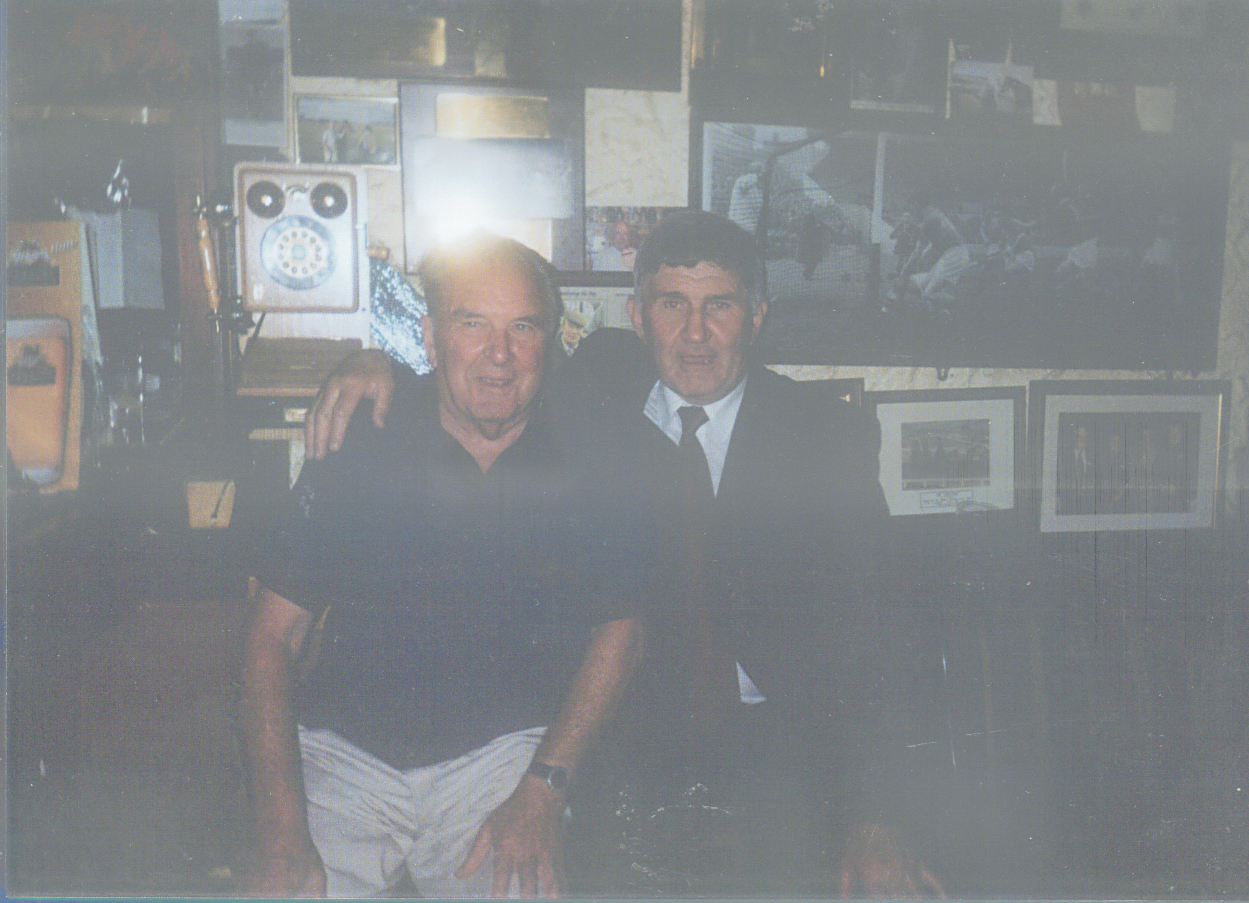 The charismatic proprietor  Gerry Chawke purchased the bar in 1968 and opened his doors for the first time to coincide with the Irish National Coursing Meeting at Powerstown Park in February 1969. 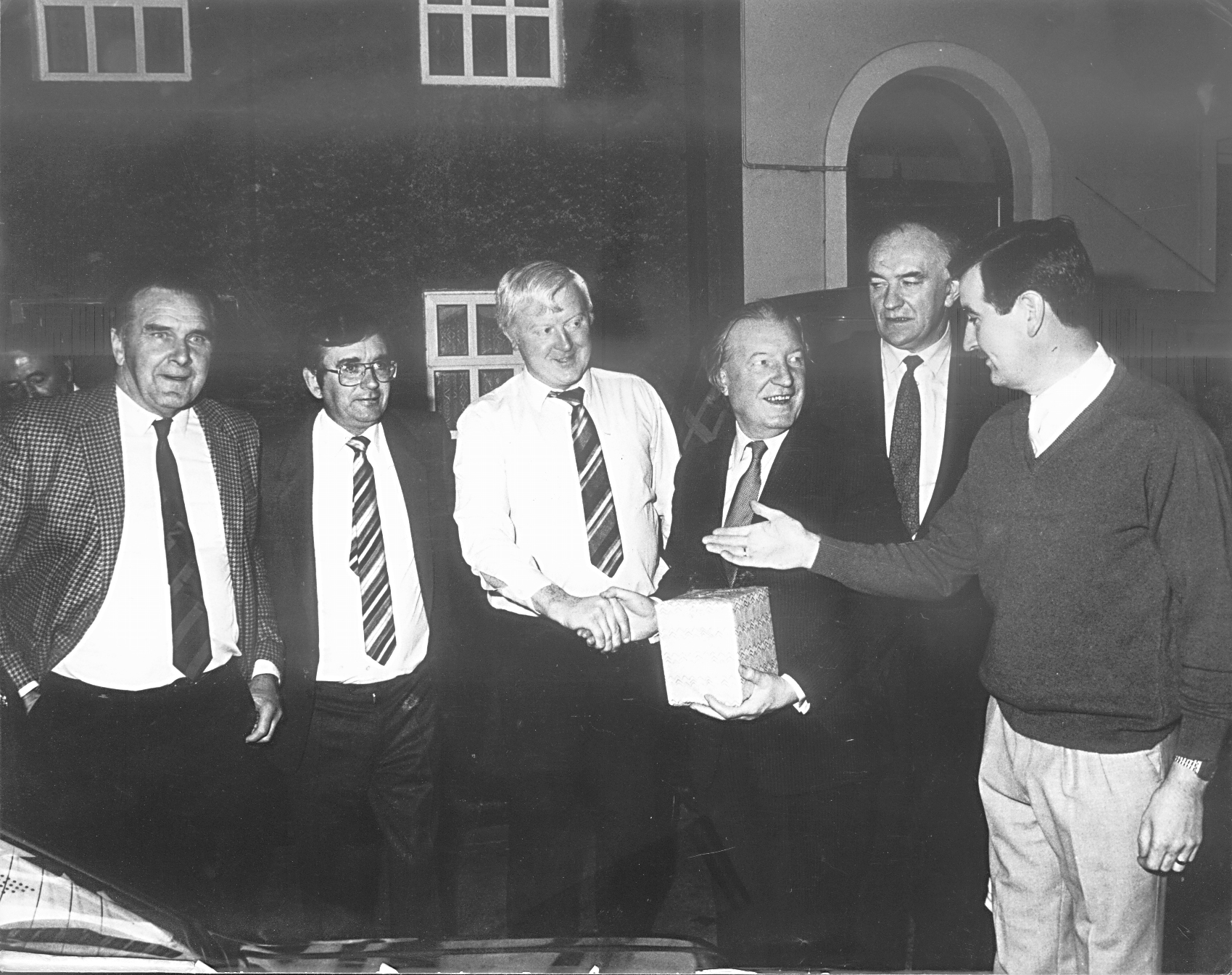 The sale marks the end of an era for one of Clonmel’s best known and much loved public houses. 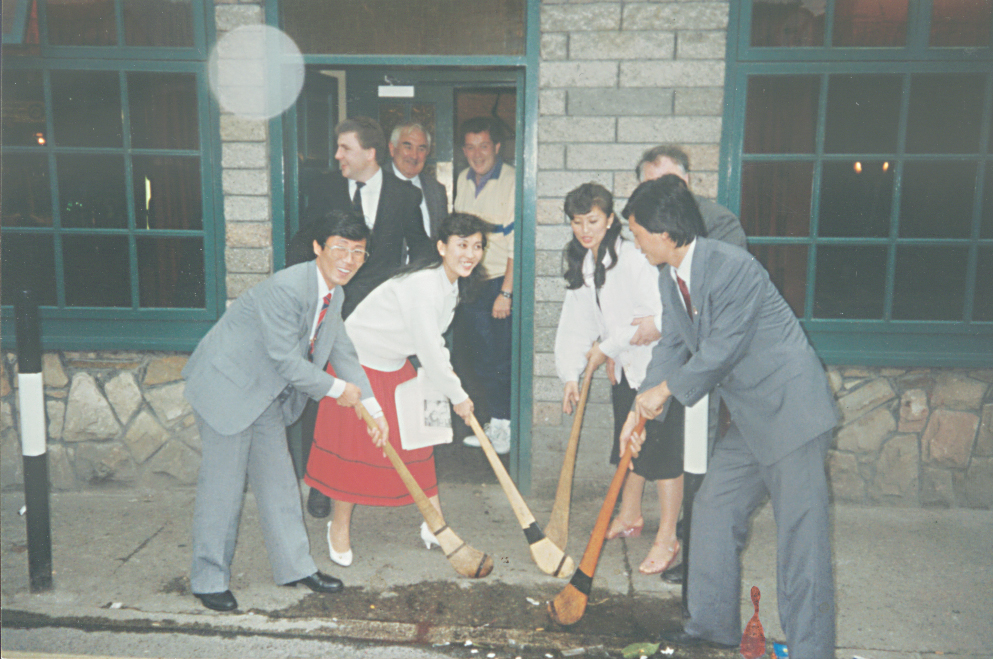 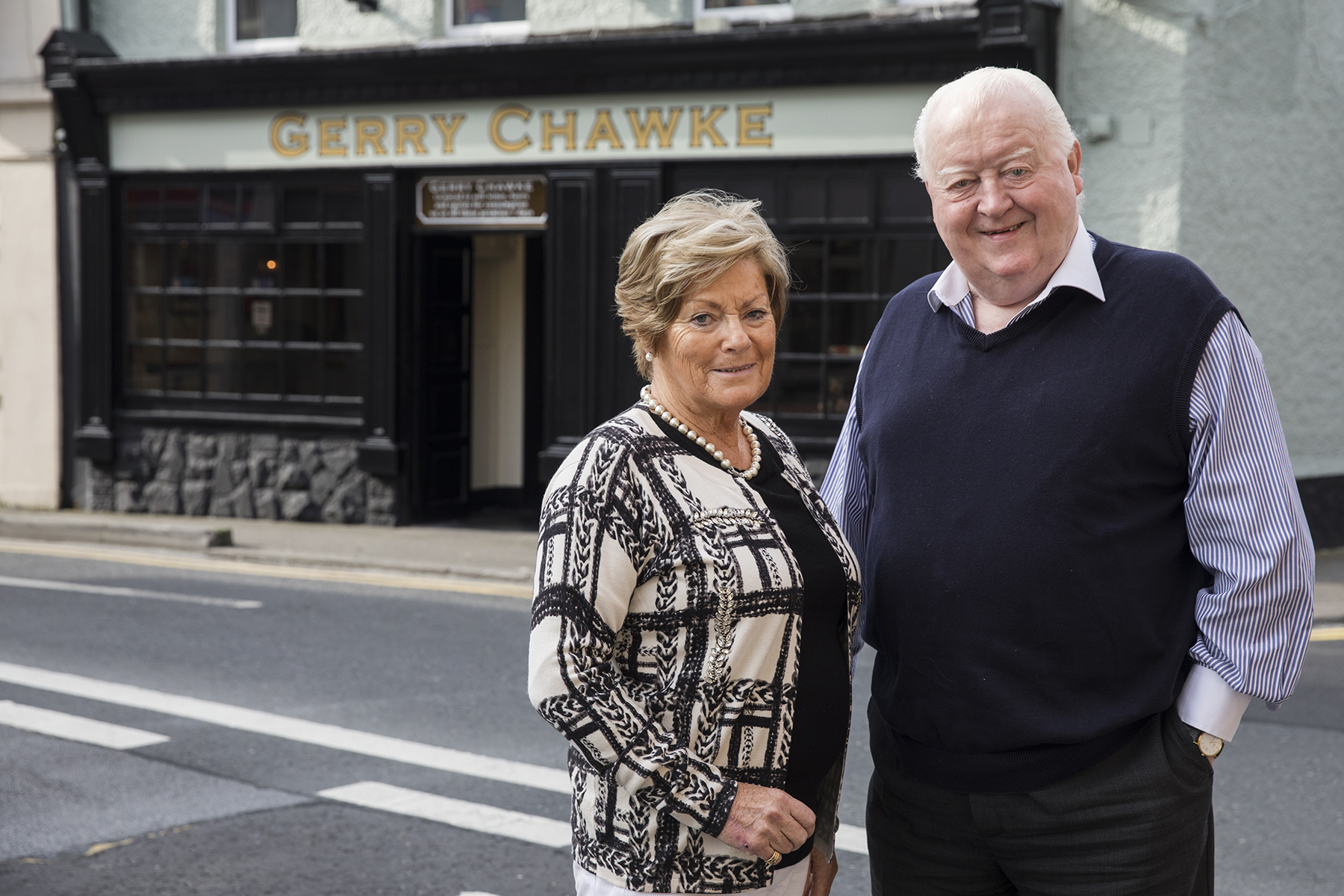 Over the last 50 years, Gerry Chawkes has enjoyed a roaring trade with a loyal and varied clientele and it has also become famous as a ‘must stop watering hole’ for visitors from near and far, particularly around major sporting occasions and during election time. The property is steeped in sporting memorabilia and the proprietor, a self-confessed sports fanatic has ensured that sport has always been a top priority in the bar with GAA, Racing, Rugby and Greyhound Racing all personal favourites. “I’m totally obsessed with all sports, essentially anything that moves” remarked the affable character as he deflected from the emotion with some humour as the ‘For Sale’ signs went up outside his door. 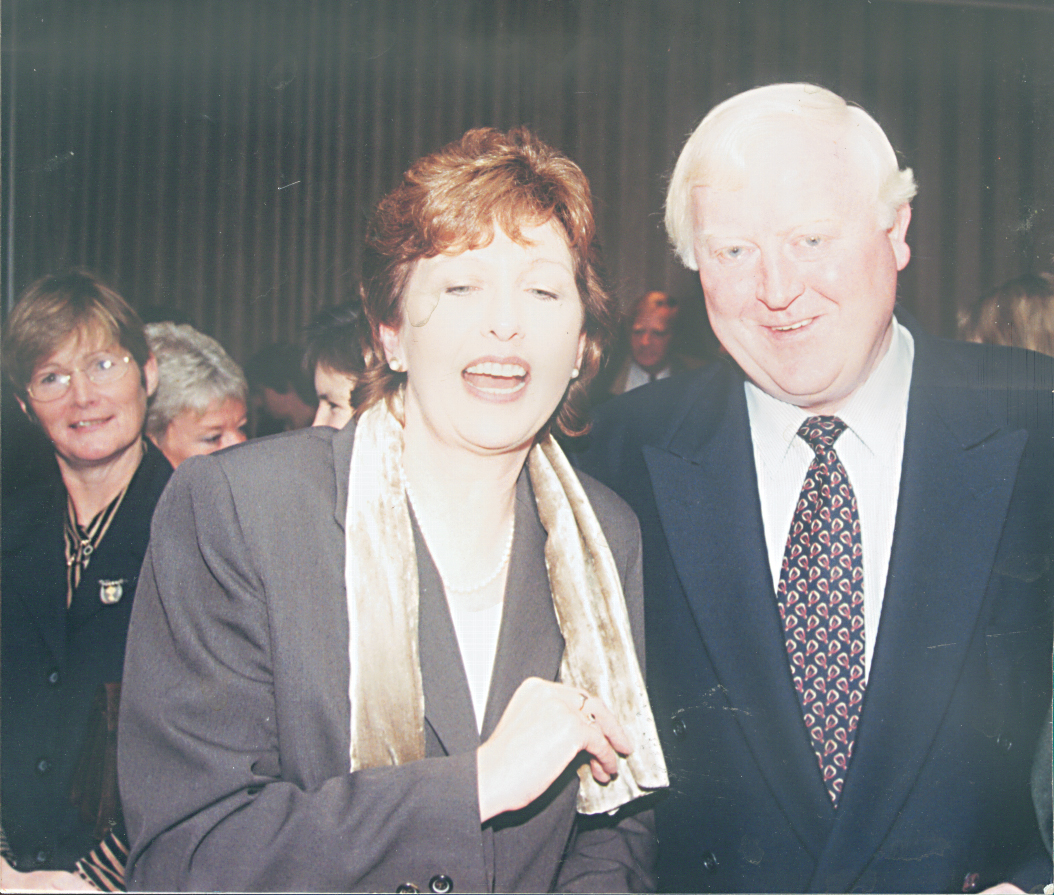 A son of the late Bill Chawke from Adare, Co. Limerick and brother to well-known publican Charlie Chawke, Gerry has enjoyed a long and successful career running Gerry Chawkes Bar and has decided now is the right time to bow out gracefully at the tender age of 72 years. “I have been listening to customers coming in speaking of ‘retirement’ for years upon years now and I guess when I hit 70 I decided maybe now is the right time to think about finally handing over the reins. We have enjoyed an amazing time of it here, it’s a really special bar with a wonderful and loyal patronage to whom I am extremely grateful. Without a doubt, it's the customers and characters that make a welcoming atmosphere and the craic and banter in any pub and there is no doubt that the crème de la crème drink in Gerry Chawkes Bar and I will continue to do so long after I’ve retired. Truth be told, I’m already looking forward raising a glass with my customers on the other side of the counter while celebrating retirement!” 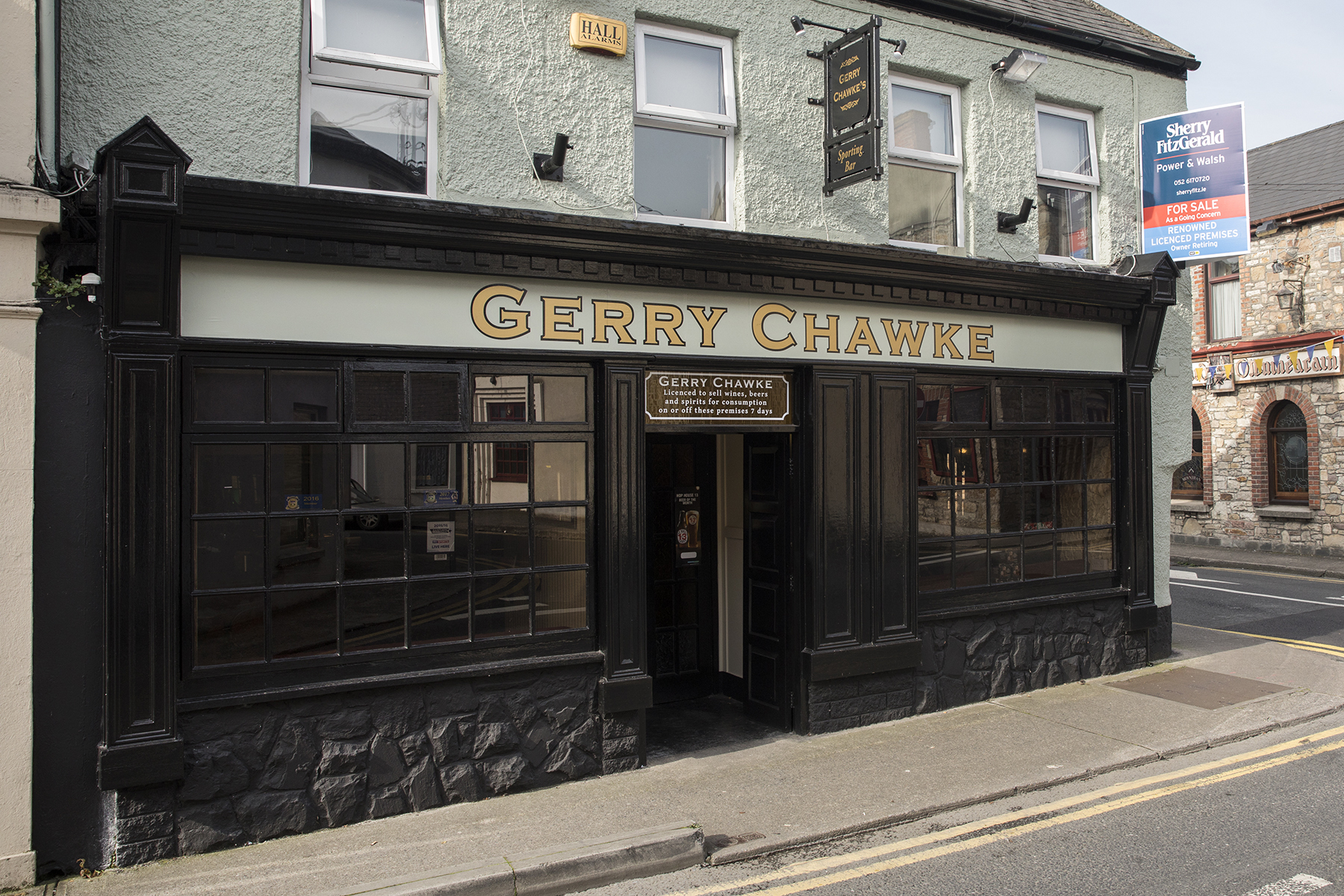 Dermot Power, Sherry Fitzgerald Power & Walsh, responsible for the sale commented “This long established and renowned licensed premises offers an enormous opportunity to any buyer. Gerry Chawkes will be sold as a going concern, it is centrally located with two entrances and a Ladbrokes betting shop adjacent to it, making it a very attractive proposition and one we are thrilled to bring to market today.” For further information on the property contact Dermot Power at Sherry Fitzgerald Power and Walsh, Clonmel or visit www.clonmelproperty.com.

The day after Tipperary defeated Antrim to secure the Premier's first All-Ireland hurling title since 1971 Gerry Chawke opened his doors, and as promised, sold drink at 1971 prices.

Customers enjoyed a most memorable day  as the pub was packed from that morning until late at night as the victory was celebrated in some style. 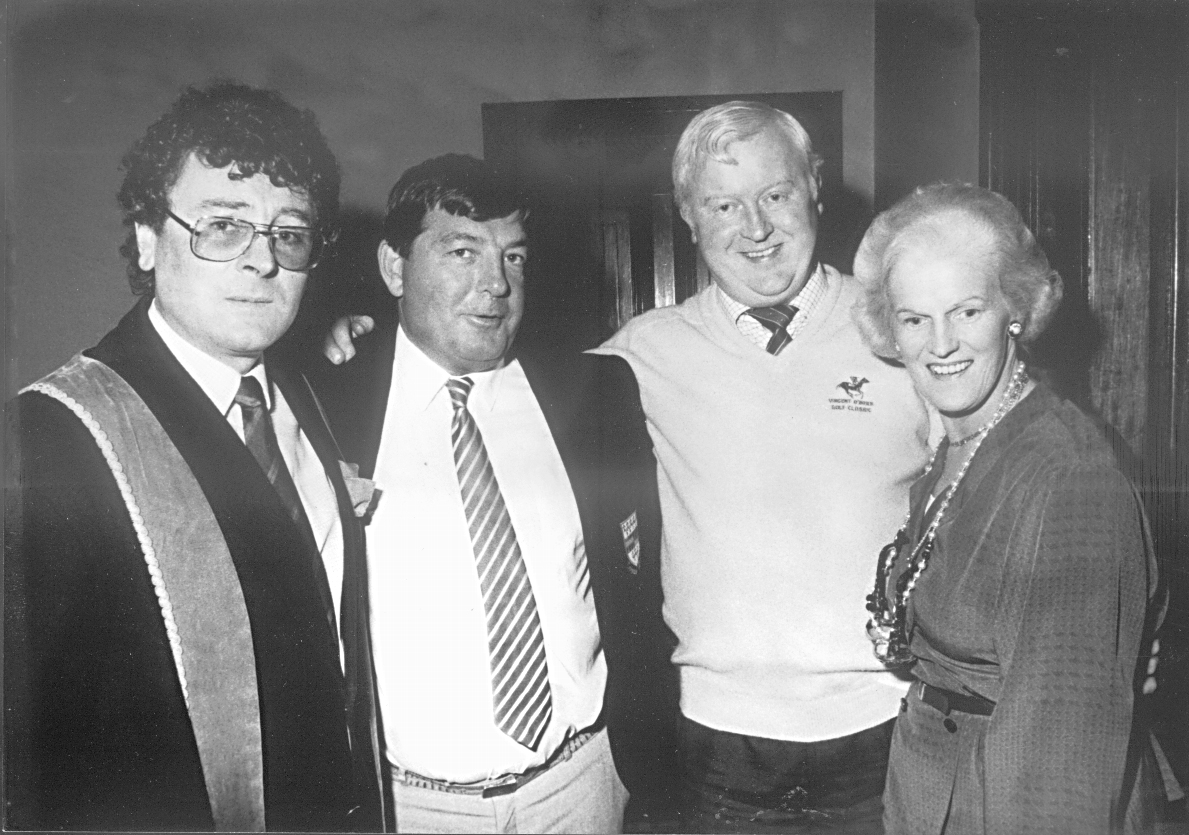