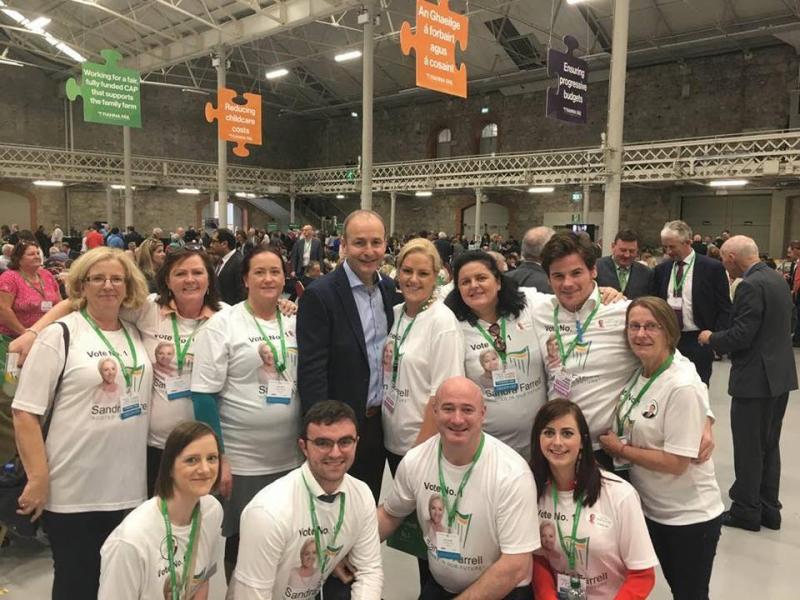 Former Labour Party Mayor of Nenagh Sandra Farrell was elected to the powerful Committee of 15 at this weekend's Fianna Fail Ardfheis in Dublin.

Ms Farrell was elected to the committee on the first count with 232 votes or 15.2 per cent of the poll. Aideen Ginnell from Westmeath topped the poll with 310 votes and taking the third spot was Roisin Bradley from Donegal on 227 votes. A total of 1,568 votes were cast and the quota was 192.

Ms Farrell, who is a director of a nursing home in Caherconlish in County Limerick, comes from a strong Fianna Fail background but chose to run for Labour in the 2004 local elections, and, then aged 26, became Nenagh's youngest mayor in 2008.

She is a niece of Independent County Tipperary county councillor Hughie McGrath, himself a former Fianna Fail councillor.

Ms Farrell took a break from politics in 2009 to concentrate on other areas and joined Fianna Fail in the past year. She had never been a member of the party previously.

She follows in the political footsteps of former Fianna Fail Tipperary TD and Junior Minister Maire Hoctor, who is a former member of the Committee of 15. Ms Hoctor was one of Ms Farrell's supporters.

Her decision to join Fianna Fail raised eyebrows in both Labour and Fianna Fail, with many feeling that her ambition would be to look for a nomination to contest the next general election or seek a Seanad seat.

However, with questions over what will happen to Brian Crowley's MEP seat, there is also the possibility the party may ask her to contest the European elections in 2019 to test her ability to attract votes in the northern end of Tipperary.

That result could decide her general election fate but may not go down well with sitting TD Jackie Cahill or Cllr Michael Smith in Roscrea, who is sure to seek a nomination now that Lower Ormond is back in the Tipperary constituency.