Hurricane Ophelia update: Tipperary warned to stay indoors and stock up on candles 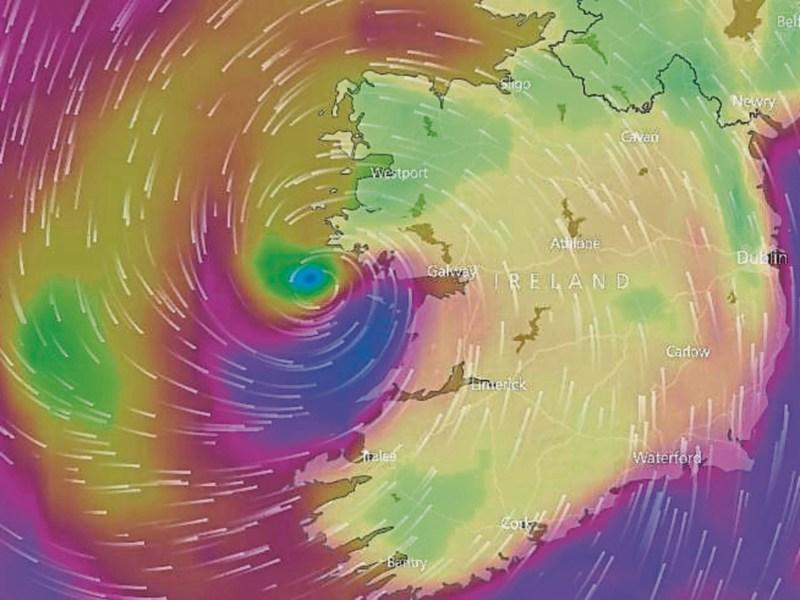 Tipperary residents have been urged to stay indoors, batten down the hatches and stock up on candles as Hurricane Ophelia passes through the Premier County this Monday.

Met Eireann has extended its Red Alert to cover the entire country from 9am this Monday as the storm hits the country.

It is expected that it will cause severe damage, including fallen trees and power outages.

The chair of the Government Task Force on Emergency Planning, commonly referred to as the National Disaster Committee, Sean Hogan from Urra outside Nenagh, has warned people to stay indoors all day this Monday.

He said that people should remove any object that may become a missile as the winds head towards gusts of over 150km/h.

"These will be ferocious, ferocious winds," he said, highlighting that Hurricane Ophelia is an unprecedented weather event.

"We don't want any loss of life," he said, referring to Hurricane Debbie which hit the country in 1961 and claimed 11 lives.

While people are being urged to stay away from coasts, they are also being warned that this includes areas such as harbours and other access points on Lough Derg.

Schools in Tipperary will close as will third level colleges such as LIT and Mary Immaculate College campus in Thurles. University Limerick will also close.

People with hospital appointments have also been told not to attend for their appointments this Monday. This applies to general and acute hospitals such as Tipperary South General and Limerick, as well as Nenagh and Ennis.

The ESB has said Ophelia will cause disruption to the electricity infrastructure and loss of supply is expected. They warned people to take care with candles and to make sure ovens and other electric appliances were switched off.

"If you come across fallen wires or damaged electricity network, never, ever touch or approach these as they are LIVE and extremely dangerous.

"Please report any damage to electricity infrastructure by calling 1850 372 999," it said.

If you come across fallen trees and downed power wires assume that any wires are live and do not approach or touch. Report to the emergency services. #Ophelia

The Gardaí are advising people not to make any non-essential journeys, while cycling should be avoided completely.

"Drivers of high sided vehicles and motorcyclists should also be aware of the extreme danger posed by gale force winds as they are particularly vulnerable," a Garda statement said.

Irish Rail has cancelled services on the Ballybrophy line which serves Roscrea, Cloughjordan, Nenagh, Birdhill and Castleconnell as well as services on the Limerick Junction to Waterford line.