Halloween: Tipperary Gardai warn those caught with illegal fireworks will be brought to court 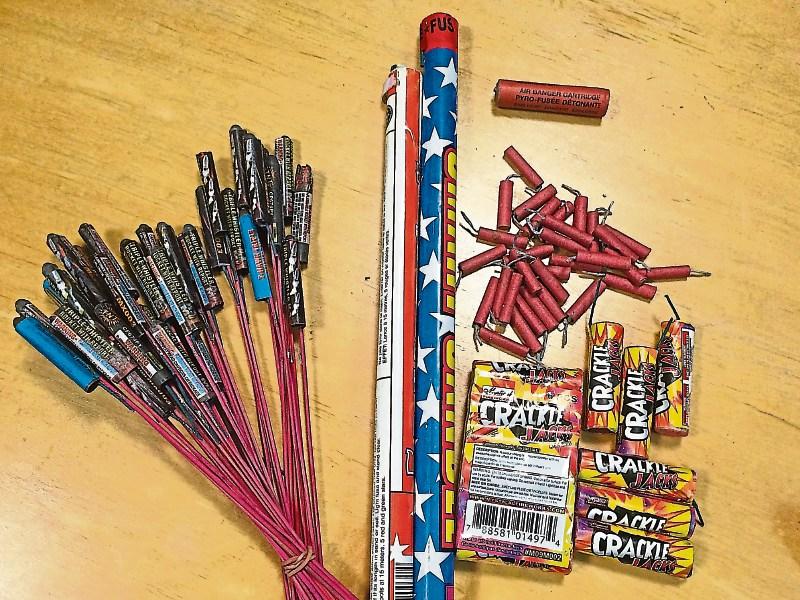 Tipperary Gardai have issued a stark warning that anyone caught with illegal fireworks will be prosecuted.

The warning comes in the run-up to Halloween and is also aimed at anyone caught selling fireworks or using them.

It is is illegal to possess any fireworks that may have been legally purchased outside of the jurisdiction and then brought into the State.

The only exception to these laws is where a professional firework display is authorised under permit, such as the Spleodar festival taking place in Nenagh this Halloween.

The Gardaí warned that they will confiscate fireworks and prosecute offenders.

They have also urged that anyone with information relating to the illegal sale of fireworks should contact their local Garda station.

Every year, countless people are injured, some severely, by fireworks.

Two arrests were made in Nenagh and one in Roscrea.

A male was arrested in Nenagh last Saturday after a window was broken at a public house on Summerhill. It is understood that the man was refused service at the pub; he was arrested under the Public Order Act.

Several searches under the Misuse of Drugs Act were carried out in the district over recent days. A number of small-scale seizures were made.

Gardaí are reminding firearms holders that their licences must be renewed.

A considerable number of licences are due for renewal in the district. It is an offence to possess an unlicensed firearm and Gardaí are warning that prosecutions will be taken against anyone who fails to meet their obligations.